We got a fairly nice frontal passage (a.k.a. fropa) here in the Salt Lake Valley this evening and it's raining cats and dogs at present.

The magnitude of the temperature fall over the Salt Lake Valley was lessened somewhat by the prefronal convection, which dropped temperatures about 5F or so before the frontal passage, which is well depicted in the time series below from the National Weather Service site near KSLC airport.  Here, a pre-frontal microburst produced a wind gust comparable to those observed in the post-frontal environment. 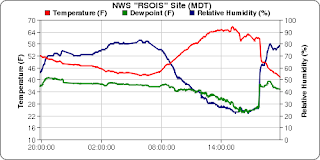 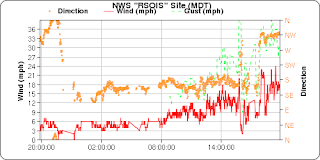 The strongest observed wind gust in the Salt Lake Valley was 65 miles per hour, which was observed at the Baccus site along SR-111.  It was produced by a prefrontal microburst. 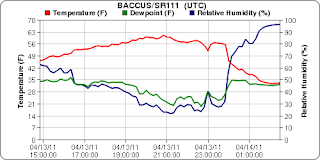 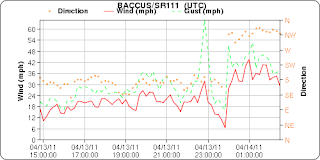 The strongest lowland wind thusfar over northern Utah was a 66 mile per hour gust at Simpson Springs, which was produced with frontal passage. 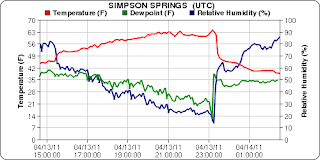 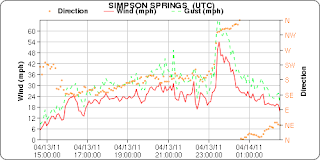