We're sitting tight and not launching any additional soundings for now.  A curious aspect about this event is that following passage of the the trough axis, the winds have slowly veered from NW to SW.  In fact, Gunnison Island, Promontory Point, and numerous sites around the lake, including the area around Ogden and sites along I-80 in the West Desert have shifted to SW. 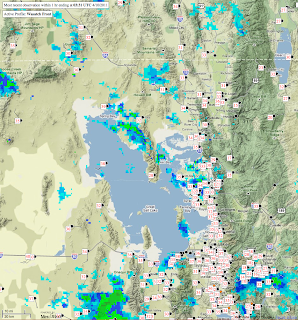