First "Inversion" of the Season

Although we've had some brief periods of moderate air quality this fall, we're in the grips of what I'll call our first bonafide "inversion" event of the season.

The photo below, taken yesterday afternoon from the Bonneville Shoreline Trail in the Avenues Foothills, showed a very well defined pollution layer extending to perhaps about 6500 or 7000 feet. 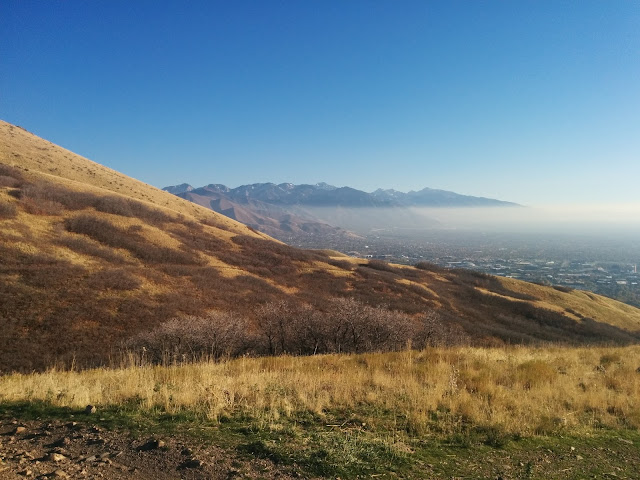 The corresponding sounding taken that afternoon showed a shallow surface-based mixed layer that extended to about 850 mb (1597 m; 5240 ft) above which the atmosphere was nearly isothermal (i.e., constant temperature) with height to 775 mb.

Because density depends on temperature and pressure, the atmosphere does not need to be inverted to be strongly stable.  Isothermal layers are quite stable and limit mixing a great deal.  Indeed that was the case yesterday.  With an isothermal layer over the valley, our emissions could not escape, leading to a layer of gunk at low levels as evident in the photo above.

PM2.5 concentrations this afternoon reached almost 30 ug/m3, which is in the upper half of the moderate category.  Then the dropped abruptly, although that looks awfully spurious to me.
Welcome to inversion season.