An article in today's Daily Utah Chronicle reports that the U has made the list of Best Colleges for Winter Enthusiasts from U.S. News and World Report magazine.

Let's be real.  The University of Utah is hands down the best University/College on the planet for winter sports enthusiasts.   It isn't even close.  Where else in the world can you get a low-cost, world-class education and ski or snowboard some of the best terrain and snow on Earth just minutes from your dorm room?


The other schools on the U.S. News and World Report list:

Remarkably, Montana State was left off the list.  With Bridger Bowl and Big Sky nearby, and people like Karl Birkeland on the the faculty, this seems like an obvious A-list school for the ski and snowboard crowd.  The University of Washington (my alma mater) was also overlooked, but has access to great lift-served and backcountry skiing, the latter possible year round.
Where you go to college depends on many factors, and there are good reasons to attend any of the institutions above.  But based on access, snow climate, and academics, the U is a clear standout.  Don't believe me, just ask swoop. 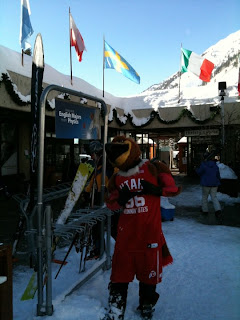