Base builder for Cottonwoods

A remarkably solid and slow moving frontal precipitation band has moved into the region and it feels downright maritime this morning. 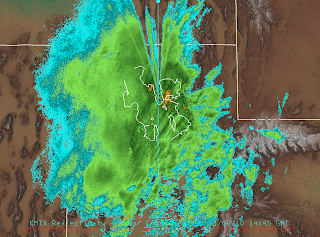 This is probably as good as it can get for building up the mountain snowpack.  There's nothing better  for base than a heavy, wet snowfall to stick to everything and add some water mass.  SWE-rates at CLN are now over 0.2 inches per hour and precipitation rates should remain high for several hours. 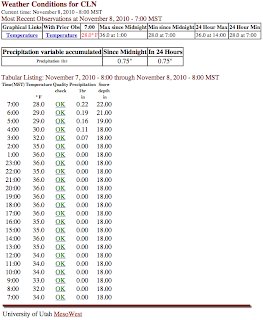 Take a look also at some of the banding in the radar image above, especially over the Oquirrhs and SE corner of the lake.  Evidence of slantwise convection?  That's not my game, so perhaps someone can chime in with an analysis.
By Jim S Posted at 11/08/2010 08:08:00 AM