The Zentralanstalt für Meteorologie und Geodynamik (ZAMG), which translates to the Central Institute for Meteorology and Geodynamics, serves as Austrian Weather Service.  I had an opportunity to visit with the Tirol office today, which is located at the Innsbruck Airport.

ZAMG works for both the government and clients, and thus has a operations model that is fundamentally different from the National Weather Service in the United States.  In addition to national and state level forecasts and products, they provide tailored weather monitoring and products for a variety of customers.  Those customers include railroads, road maintenance groups, avalanche services, and alpinists (who they provide forecasts for around the world).  They even do weather monitoring and forecasting for the Hahnenkamm in Kitzbuhel.  Good work if you can get it.

One can access some of the products they produce on the web, such as highly detailed (1-km grid spacing) snow-depth analyses like the one below that is available at https://avalanche.report.   Readily apparent below is the much deeper snowpack this season in the northern Alps compared to the southern Alps.  Also evident are areas that have been strongly favored in this season's westerly to northerly flow snowfall events such as the Arlberg in the northwest part of the analysis domain and the Kawendel Alps north of Innsbruck. 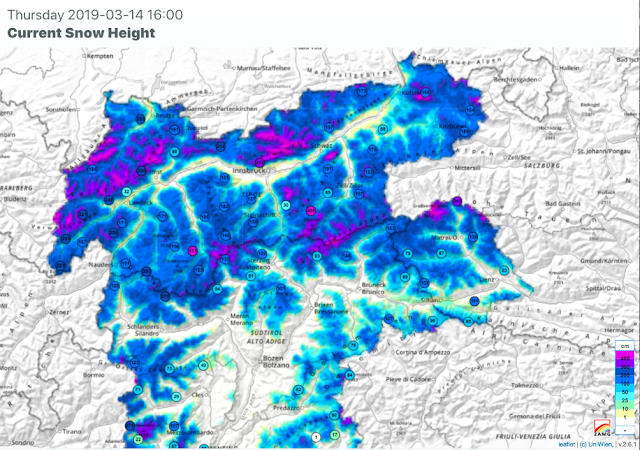 Interested in future snow?  They provide a variety of products such as the high-resolution 48-hour snowfall forecast below that is available from bergfex.com.  I chose 48 hours in this case as it fully covers the next storm which should end Friday night.  In this instance, the Arlberg region is once again favored, but even the Otztal Alps in southern Austria southwest of Innsbruck are supposed to get a decent dump, including 30-40 cm (12-16 inches) at an undisclosed location in the Otztal Alps where I'm spending my weekend. 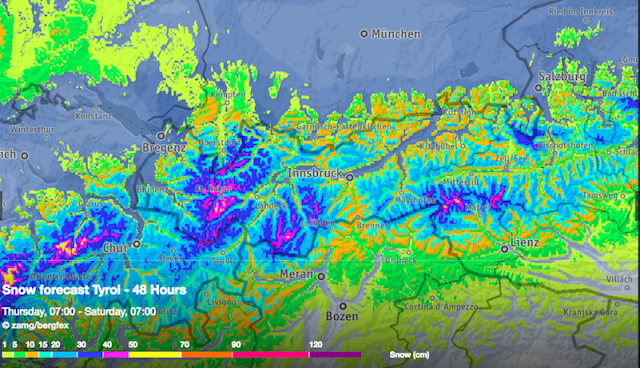 The office itself looks pretty similar to a U.S. National Weather Service Office with enough monitors that you should apply sunblock liberally. 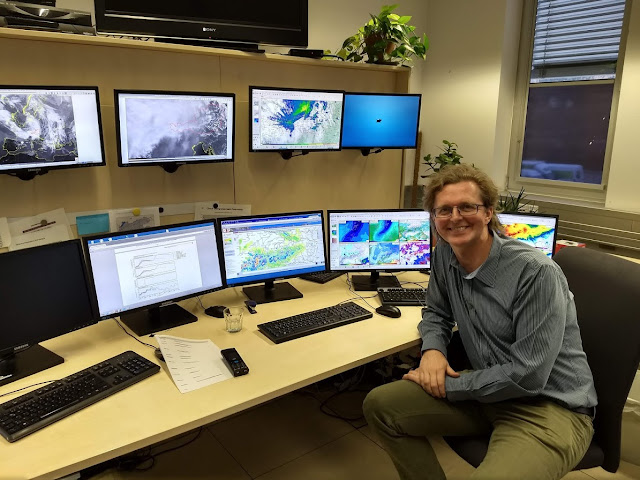 ZAMG also has a number of people who forecast on product development working primarily in Vienna, but also in Tirol.  I met one person who is working on implementing a new ensemble modeling system that will incorporate stochastic physics, an approach that is also being tested for implementation in the future HRRR ensemble in the U.S.