I have been told that prime ski touring season has arrived in the Alps, so we got up at O'dark thirty this morning for a long ascent of the Zwieselbacher Rosskogel, a 3000 meter peak that rises above the Sellrain Valley west of Innsbruck (red circle below). 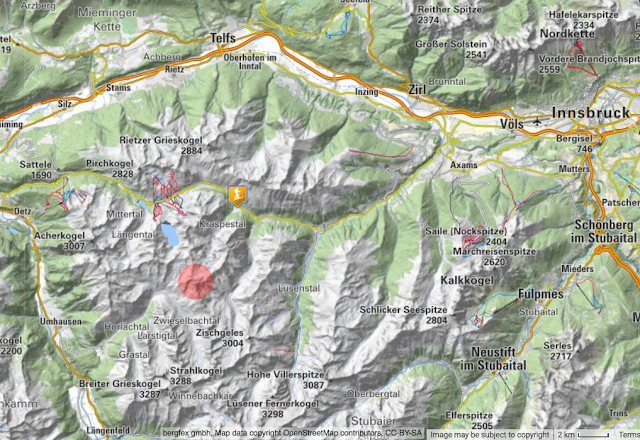 It turned out to be a great choice by my touring partner.  Not only was it a beautiful tour, but the route is nicely shaded by a ridge to the east and it was only at the very end of the nearly 1500 meter ascent that we were climbing in the sun.  Given that it is in the low 70s in Innsbruck today, anything to cut down on sweat is appreciated.

The route begins in a small village in the Sellrain Valley.  Several tourers were there already (many more were coming). 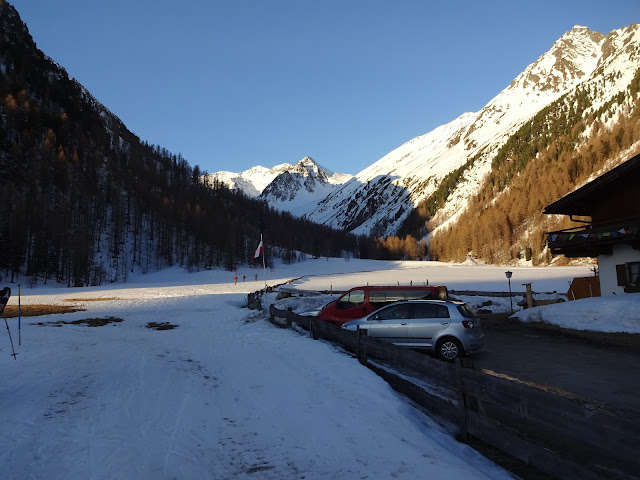 The route follows a sinuous path to the summit that is relatively low angle with just a few short steep pitches.  The one steep pitch pictured center left below has a stream running under the snowpack that might make for a spicier ascent and descent later in the spring. 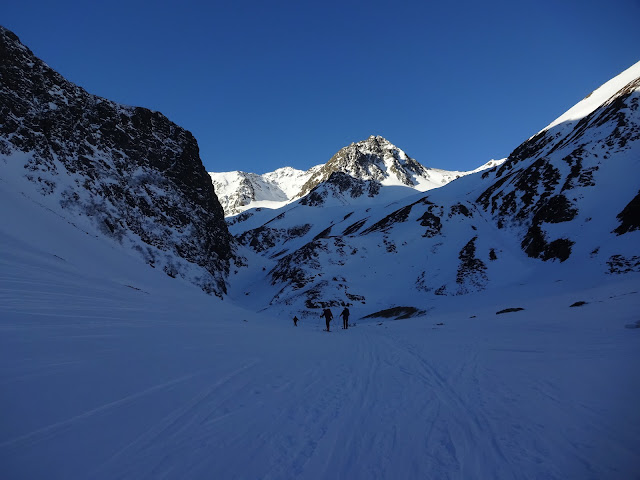 The photos below are from further up the ascent.  Note how many tracks there are.  If you think the backcountry in the Wasatch is busy, you should come to the Alps.  The online guide I consulted prior to the trip said that the best time to ski this route is in the spring because it is too busy in the winter. 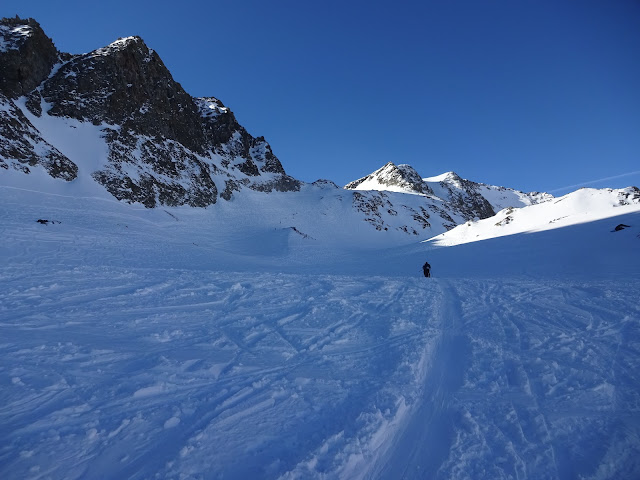 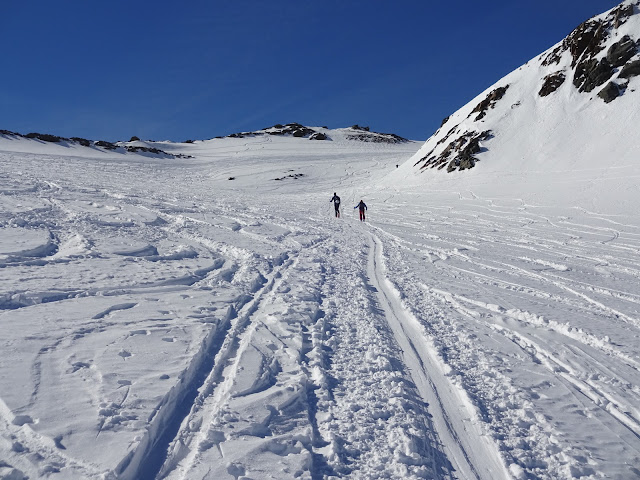 The summit is not visible until the very end.  Although there is some potential avalanche hazard, part of the popularity of the route is the lack of technical challenges.  Other than a short boot to the summit and a few steep turns at the top, it's a pretty straightforward tour to a 3000 meter peak. 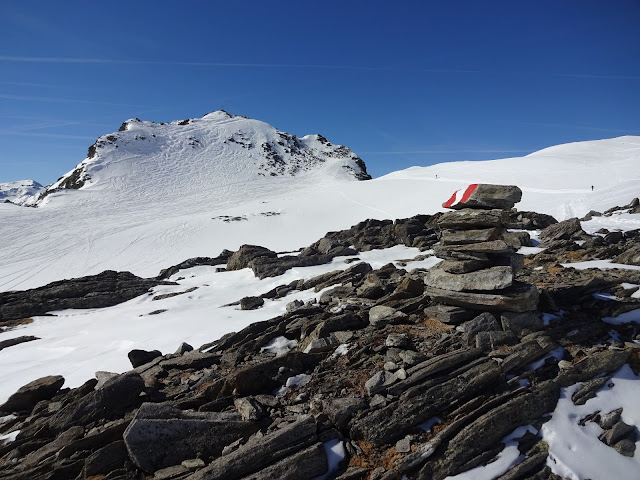 Indeed, there was an Austrian traffic jam at the top.  I wonder what it's like up here during "high" season? 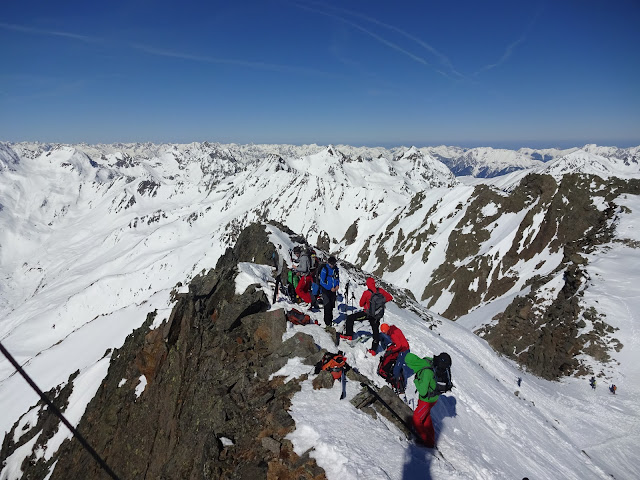 Yours truly on the summit. 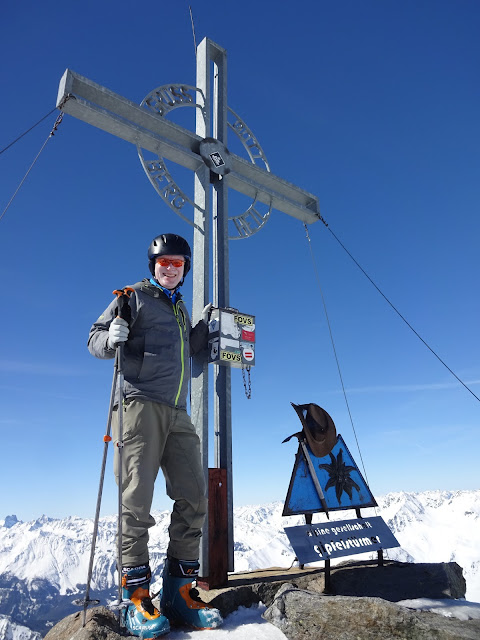 Great views in all directions.  I think the photo below looks down the Horlach Valley, which eventually reaches the Oetz Valley.  Big lines to be had here for sure. So many mountains, so little time... 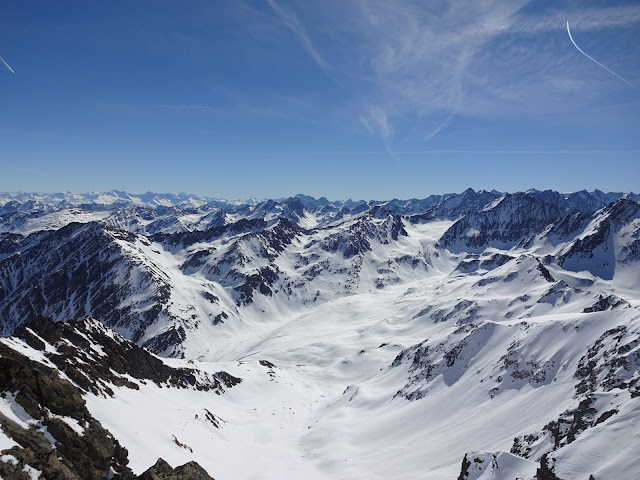 The snow was varied.  We did find some settled powder that with some adventuring off the beaten path allowed for a few untracked turns.  We also found settled powder with tracks, chalk, chalky moguls, hardpack, hardpack moguls, and corn.  My Austrian touring partner is pictured below.  He skied everything like Marcel Hirscher. 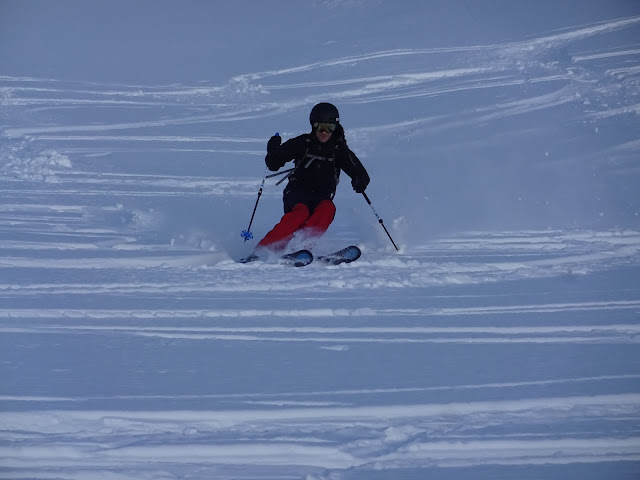 Of course, at the trailhead, there's a restaurant serving beer and other Austrian delicacies. 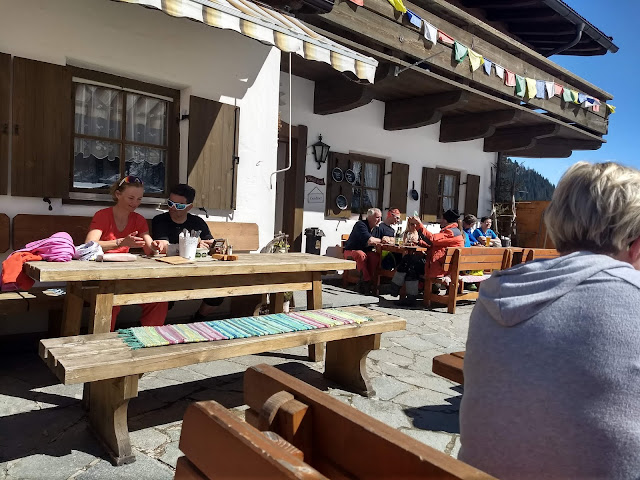 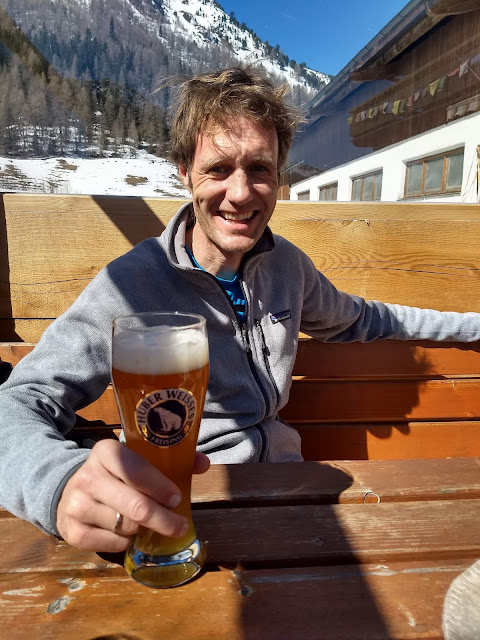 The day encapsulated my two key observations about Austria.  One is that the Alps never disappoint on a clear day.  The other is that Austrians know how to live.
By Jim S Posted at 3/24/2019 07:48:00 AM