Since we arrived in Innsbruck on January 16, I've been staring at the Patscherkofel from our dining room window (pictured below on our arrival day) and thinking it must be summited. 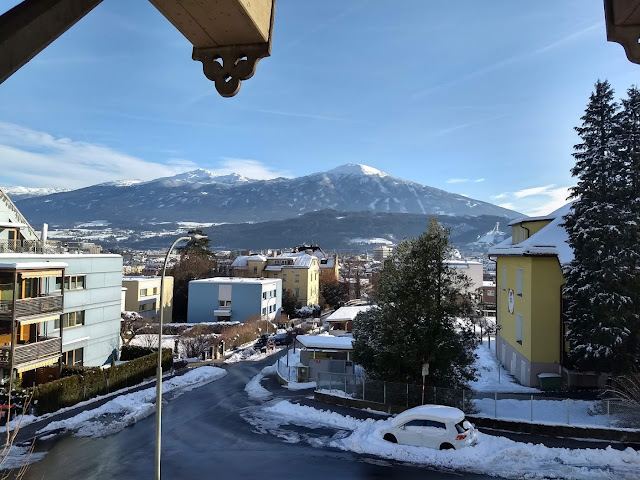 As far as Alpine summits go, the Patcherkofel is a pretty insignificant peak.  It reaches only 2246 meters.  It's surrounded by higher terrain for the most part and doesn't get a lot of snow.  However, I have been skinning to the top of the ski resort once a week for most of the winter for exercise as it is easily accessed by bus.  With the winds light today (the summit can be very windy), I finally decided to extend my workout a couple hundred more vertical meters and bag the summit.  Plus I wanted to do it from the base and with the warm weather, it is unclear how much longer one will be able to skin the mountains lower slopes.

There's really nothing adventurous about making the summit.  In fact, from the top of the ski resort at 1965 meters, they actually groom a route to the top. 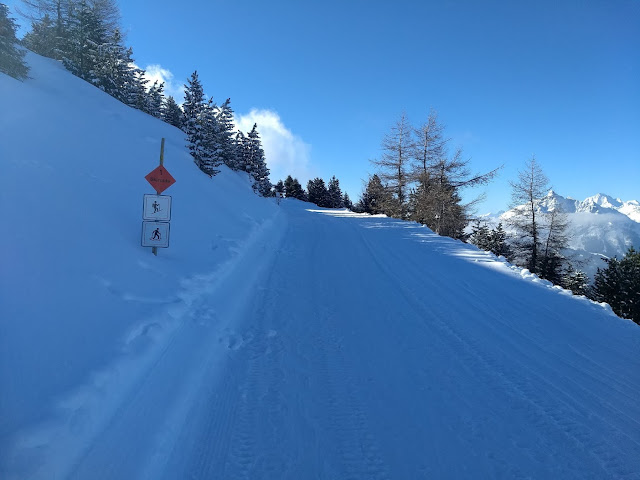 I got an early start before the lifts opened and was one of the first to reach the summit, but on my return, I passed many snow hikers who rode the gondola and then hiked the road to the summit.  This is an example of how the ski areas here encourage multiple uses of their facilities.

I was also passed by someone getting a mechanical assist. 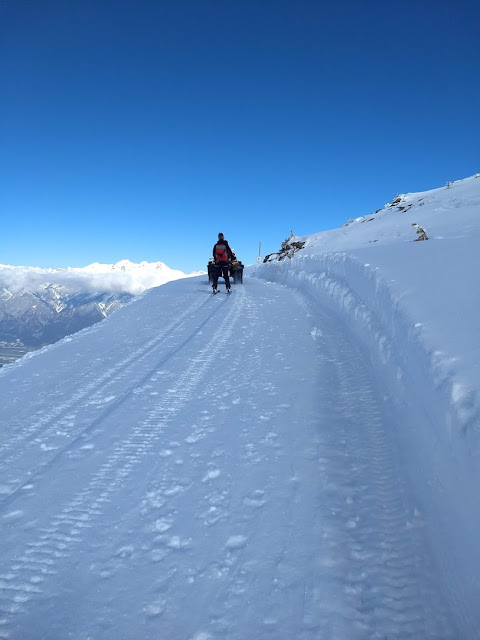 Turns out there is a restaurant on the top.  The dude getting the pull was on the staff. 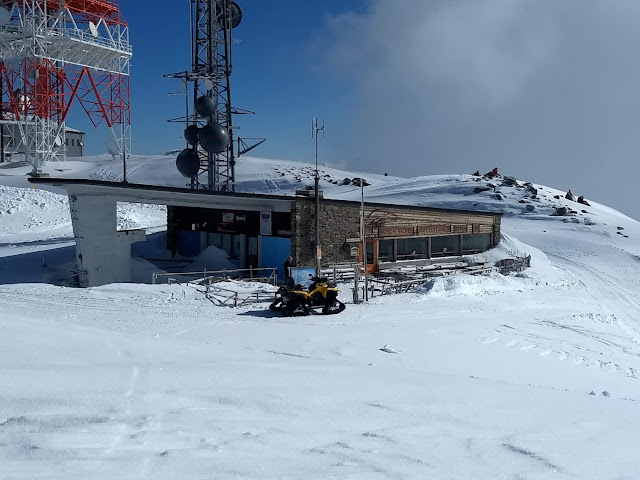 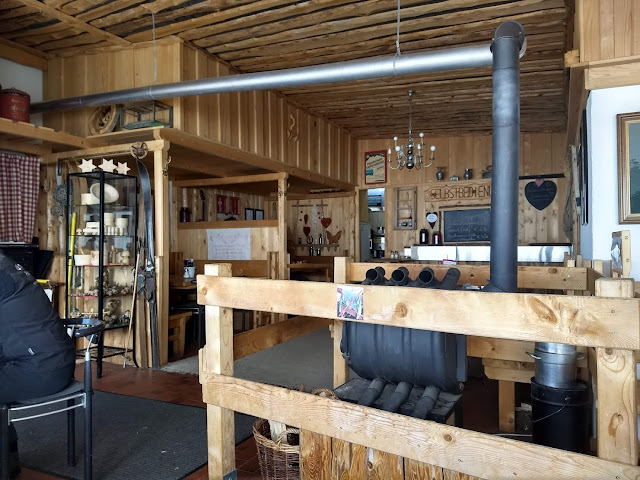 There used to be a lift to the summit.  There was a sign on the wall commemorating its 50th anniversary.  They must have decided to take it out when they redid the lift system a few years ago, which makes some sense given the strong winds that frequent the summit. 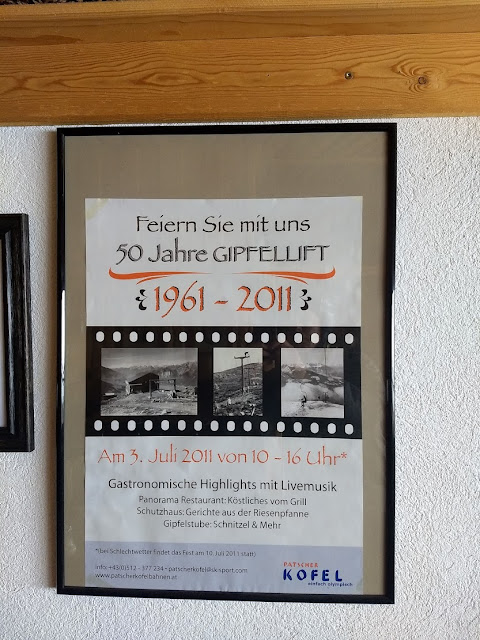 The Patscherkofel summit is not exactly pristine.  It is has some big infrastructure.  The tower below is a beast.  There was a 160 km/h (100 mph) wind gust a few weeks ago and it takes some serious steel and engineering if you're going to operate equipment like this in such an environment. 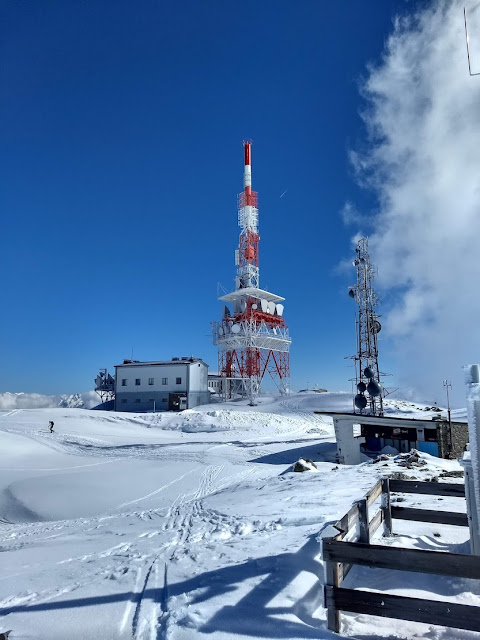 My trip to the summit was not without work-related significance.  Below is a weather station operated by ZAMG, the Austrian weather service. 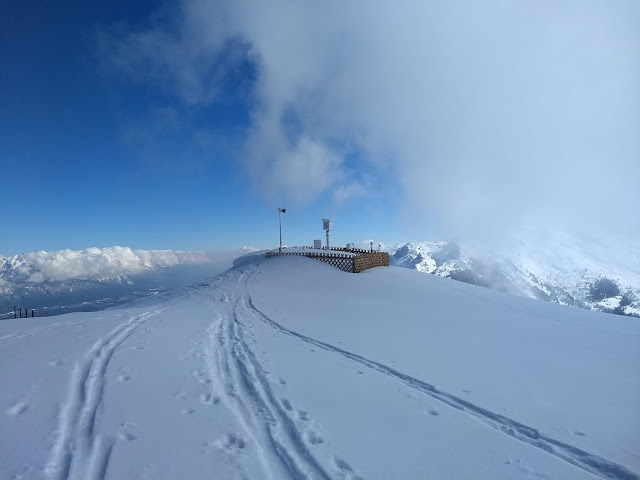 A close up shows the precipitation gauge (white cylinder with black rim near center) is unshielded – meaning there's no attempt to break the wind near the gauge orifice, which often results in low measurement bias, as we discussed in my class here on Tuesday (students pay attention!). 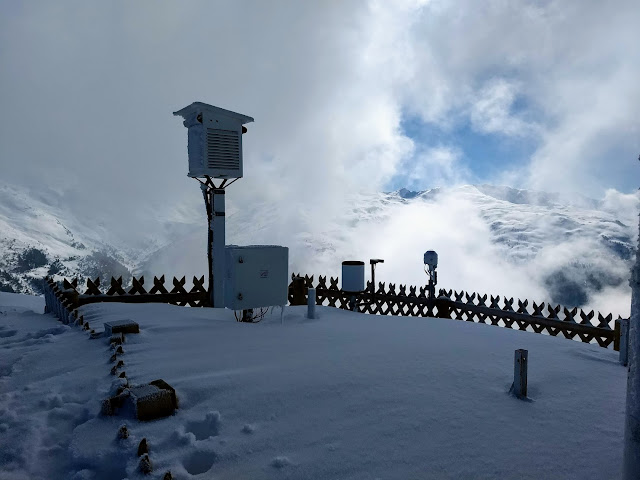 Also on the summit is a weather radar. 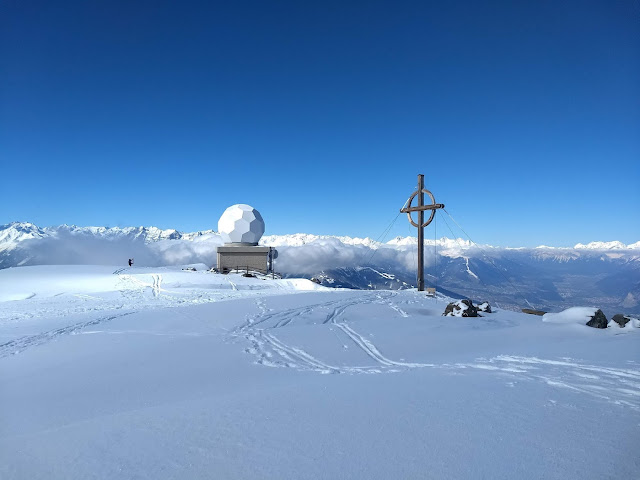 There are numerous challenges to operating and interpreting radar from such a location.  One of the bigger ones is that the beam is well above the valley floor, which sits about 1500 meters below the Patscherkofel summit.  As a result, the radar often overshoots what is happening within the valley, although this can be addressed to some degree using negative elevation scans (i.e., at angles below the horizon).  Another topic discussed in class on Tuesday that my students can further ponder.

There aren't many places in the world you can simultaneously see a ski tourer and a radome (the white sphere covering the radar), but the Patscherkofel is one of them. 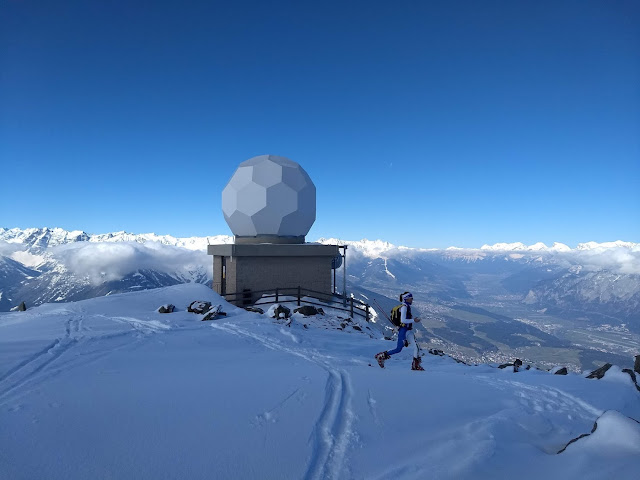 Views of Innsbruck and the Inn Valley were spectacular.  The clouds lingering along the south-facing slopes of the Nordkette on the far side of the valley likely reflect the influence of thermally driven upslope flow.  In contrast, it cleared out quickly this morning on the north slope of the Patscherkofel and over the center of the valley. 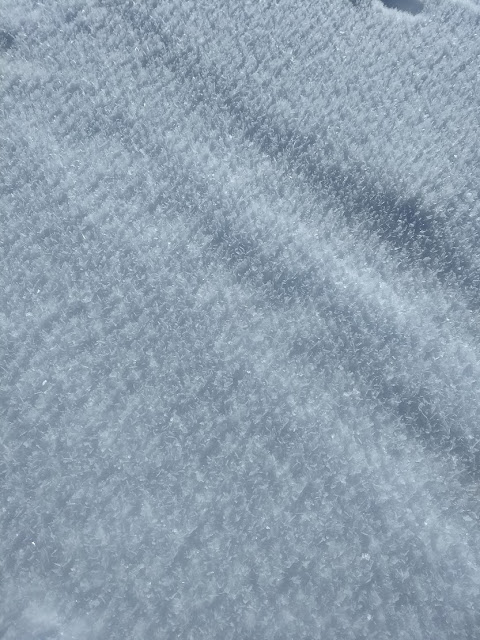 I'd be worried about these for the next storm, but it's going to be unseasonably warm again as another ridge builds over the Alpine region.  These rascally facets won't last long.
By Jim S Posted at 3/20/2019 06:44:00 AM