Atmospheric River Conditions in the Alps

As anticipated in my post on Monday, atmospheric river conditions developed over the northern and western Alps Thursday night and continue today.  The GFS integrated vapor transport analysis produced by the Center for Western Weather and Water Extremes shows the atmospheric river curving anticyclonically from the north-central Atlantic, across the British Isles, and to the Alps. Note how water vapor depletion by precipitation fallout causes a rapid decrease in IVT across the Alps, but high values can sneak through the Rhone Gap between the Pyrenees and Alps and into the Mediterranean basin. 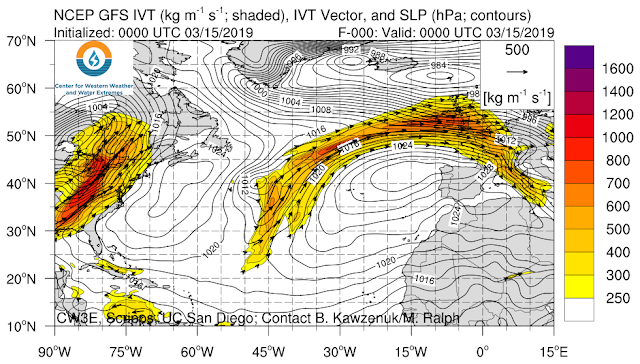 The combination of abundant moisture and strong westerly flow between a high-pressure system off the coast of the Iberian Peninsula and a low-pressure system near Iceland generates relatively high integrated vapor transport values that appear to be near 1000 kg/m/s near the British Isles, but are perhaps closer to 600 near the Alps.  This, combined with the perhaps 1-2 day duration of the atmospheric river, would make it a weak-to-moderate atmospheric river event in the Alps based on the recently released scale designed by Ralph et al. (2019).

The applicability of that scale for Europe is unclear, but I think that's a reasonable classification of the current conditions.

Overnight brought perhaps the most rain we've seen here since we arrived.  Prior to going to bed, it was raining very steadily.  This morning, it was raining lightly, with some opting for umbrellas. 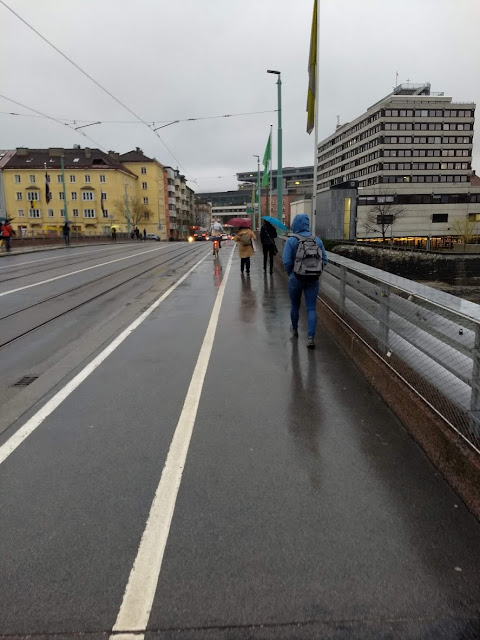 The mountains have been mainly obscured, but the snowline appears to be somewhere around 1000 meters or so. 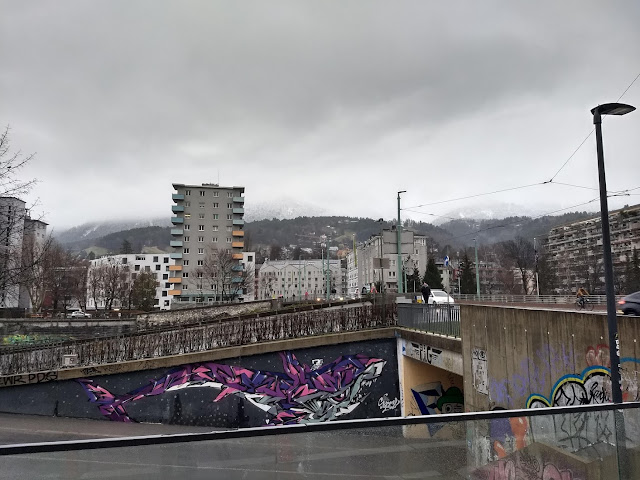 The atmospheric river is accompanied by a warm front, so this is a classic situation to produce heavy and "upside down" snow in the higher elevations.  Snowfall in western Austria over the past 24 hours has been fairly impressive with many reports of 40-50 cm.  This includes resorts near the Alpine Divide like Obergurgl-Hochgurgl that have been skunked in some of the colder northwesterly flow storms this year.

There are substantial numbers in portions of Switzerland as well.

We are traveling to Obergurgl-Hochgurgl later today.  It could be an adventure.  After this snow, tomorrow looks sunny and warm, the former appreciated, but the latter is not.  I suspect there will be some big slides on south facing aspects and gloppy snow later in the day.  We'll be sticking to the piste.
By Jim S Posted at 3/15/2019 03:23:00 AM