Active Alpine Weather and Big News from Colorado and Vermont

There's much to talk about as I start my work week in Innsbruck as it looks like an active week in the Alps, which presents the opportunity to talk a little bit about European and Alpine meteorology.

We'll focus on the forecast produced by the U.S. Global Forecast System since the ECMWF model is paywalled here just like it is in the U.S. (I have access to it, but can't share).  An upper-level trough will be passing across the Alps today and at 1200 UTC (1300 CET) is progged to extend from Germany to northern Italy. 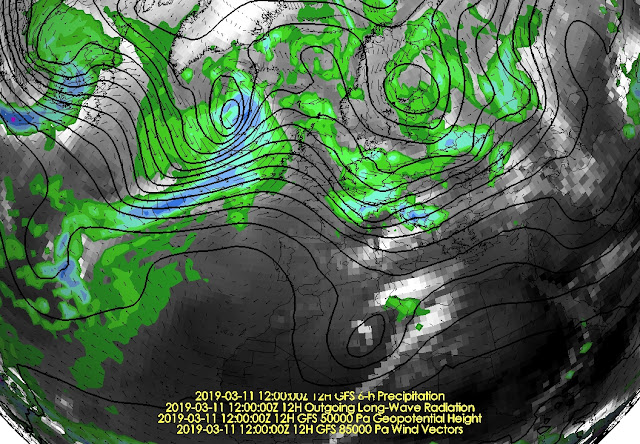 It was a beautiful partly sunny morning when I walked to work this morning at 0745 CET, but it's 0900 as I write this and change is afoot.  Images looking east down the Inn Valley from the top of my building show the overspreading of clouds and virga over a one-hour period. 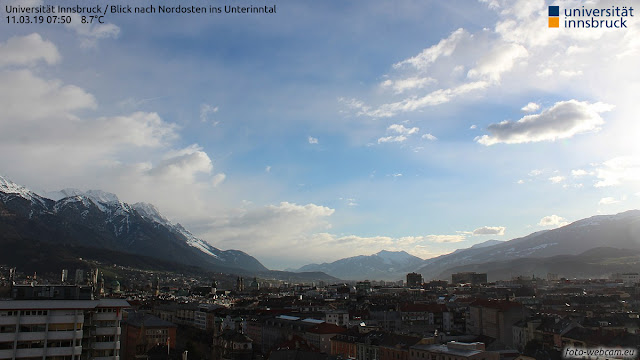 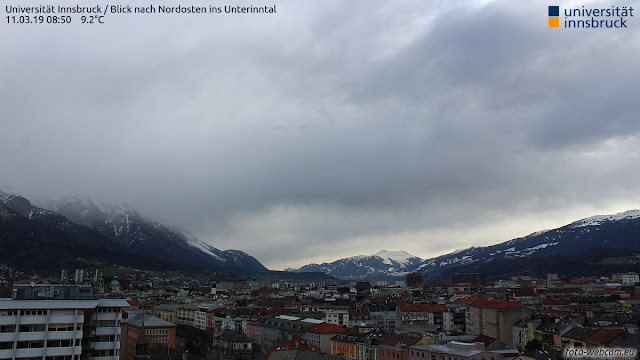 There postfrontal airmass is fairly unstable as a number of lightning strikes are being detected upstream over France, Germany, and Switzerland (not shown).  Northwesterly flow behind the trough will hopefully mean a good dump for favored locales like the Arlberg through this evening. 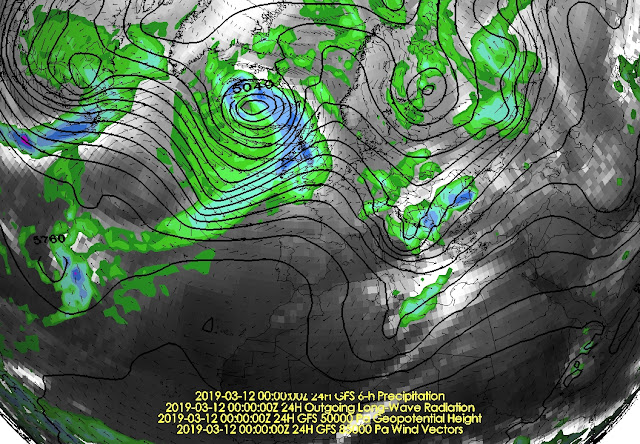 After a break on Tuesday, another trough brings some action late Tuesday night and Wednesday.  Ahead of the upper-level trough, this one features westerly upper-level flow and cyclogenesis south of the Alps, which might bring some snow to the main Alpine divide. 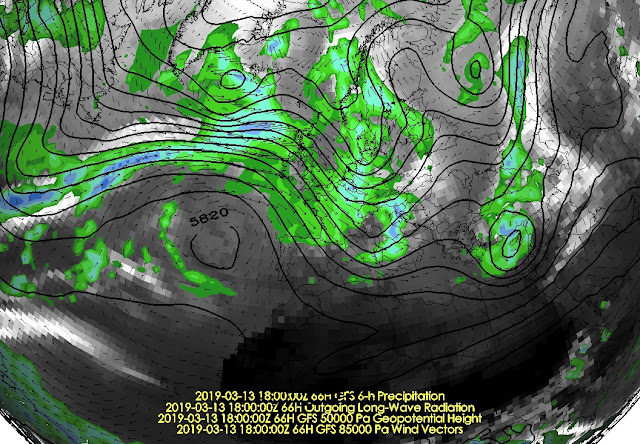 The action shifts to the northern Alps Wednesday night and Thursday as the trough exits and we transition into a so-called dirty-ridge scenario with moisture streaming toward the Alps from the west-northwest downstream of a low-amplitude ridge centered just off the west coast of Europe.  The forecast below is during the development of the wettest part of the period at 0000 UTC (0100 CET) Friday. 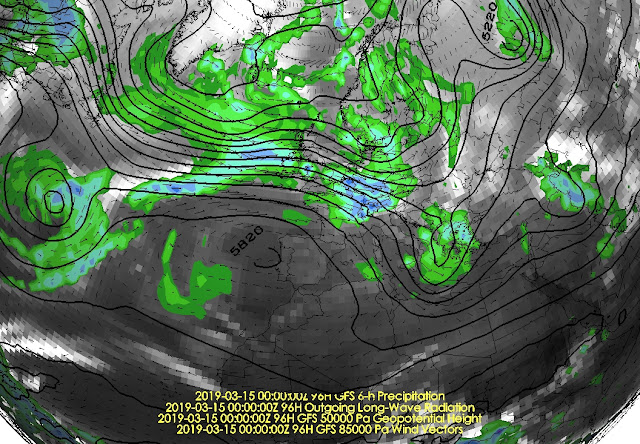 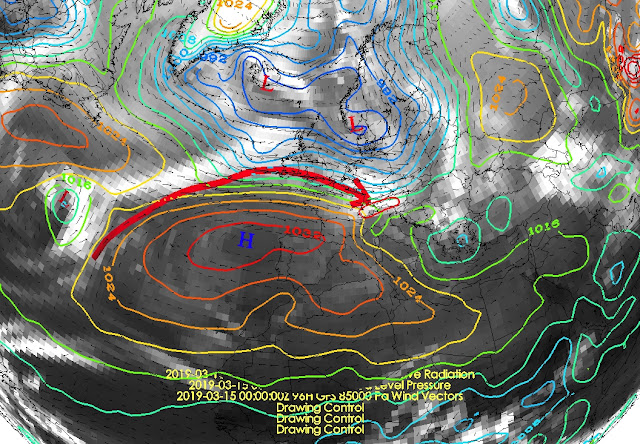 The result is a wet pattern for areas in the northern Alps and Alpine Foreland of Switzerland and Austria.  The GFS is advertising a maximum of just over 25 mm of precipitation (magenta color fill) in northeast Switzerland and western Austria for the 6-hour period ending 0600 UTC 15 March. 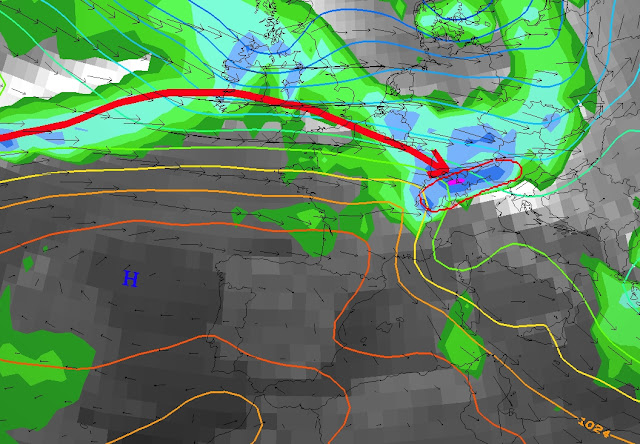 The GFS does not adequately resolve the Alps and this is a 4-day forecast so we will have to see how things evolve.  I would expect snow levels will be rising with the atmospheric river and suspect we're going to see rain in the mountain valleys and an upside-down snowfall at upper-elevations with plenty of wind.

In other news, you've probably been following the historic avalanche cycle in Colorado.  Ethan Greene, director of the Colorado Avalanche Information Center, commented last week that "it's pretty safe to say that nobody alive has seen a week like this."  Ethan is an University of Utah alum, distinguished alumnus of my department, and a good friend.  He choses his words carefully, so I take him at his word that this is indeed a remarkable avalanche cycle.

Finally, congratulations to the University of Utah Ski Team on winning the NCAA National Championship in Vermont this weekend, their second in three years.