You'll be hard pressed to find a more spectacular airmass than the one resident over northern Utah this morning.  Not a cloud in the sky and unlimited visibility.  Simply spectacular!

Under clear skies this time of year, one might expect a large difference between the maximum and minimum temperatures, but that hasn't been the case at the Salt Lake City Airport.  Yesterday's maximum was 36˚F and the overnight minimum was only about 21˚F (it might go slightly lower than that).  That's a 15˚F range, which is smaller than average (19˚F) for this time of year.

Tour our southeast, the Rush Valley south of Tooele can often get quite cold, and last night it got down to about 6˚F.  That's impressive compared to Salt Lake City, but still only 28˚F cooler than yesterday's max.  Here too, the daily range of temperature is a bit subdued despite the clear skies. 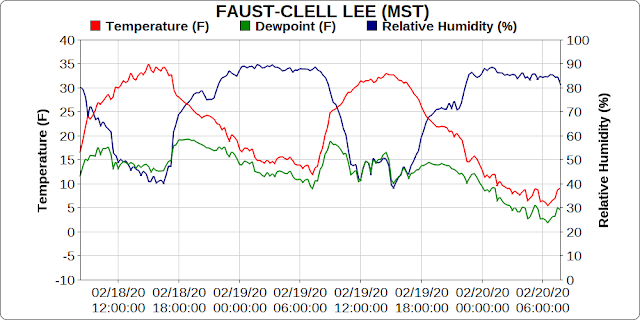 In contrast, if we go east of the Wasatch, temperatures are really bottoming out and we're seeing large daily temperature ranges.  The ultimate is of course Peter Sinks where it has been below -43˚F the last two days and where it got down to -48˚F yesterday.  I kid you not!

The sinks have always been a bit of a meteorological oddity.  Nobody lives there, so such temperature extremes are fascinating but not all that important for human activity.  However, when it is cold there, it is often cold in places like Randolph, which is east of the Bear River Range near the Wyoming border and indeed temperatures last night at one station fell to just below -25˚F.

Finally, how about the Park City area and the Cottonwoods?  The situation this morning is simply spectacular if you are a lover of valley and basin cold pools.  -11˚F at Kimball Junction and -9˚F at Silver Creek Junction and along SR-224.  That's a cold start for skiing, but check out how the temperatures increase with elevation, reaching the 20s at some upper-mountain locations.

Big Cottonwood is also remarkable with -8˚F at Reynolds Flat an 22˚F immediately above it on the summit of Reynolds Peak.  Dawn patrollers in that area must have had an interesting climb into the warmth this morning.

To summarize, a spectacular airmass is in place, but the daily temperature range, relative to climatological expectations, is a bit subdued west of the Wasatch.  A clue as to why is provided in the MODIS satellite image from yesterday.  Note the lack of cloud cover along the Wasatch Front and valley locations west, whereas there is extensive cloud cover over and east of the Wasatch. 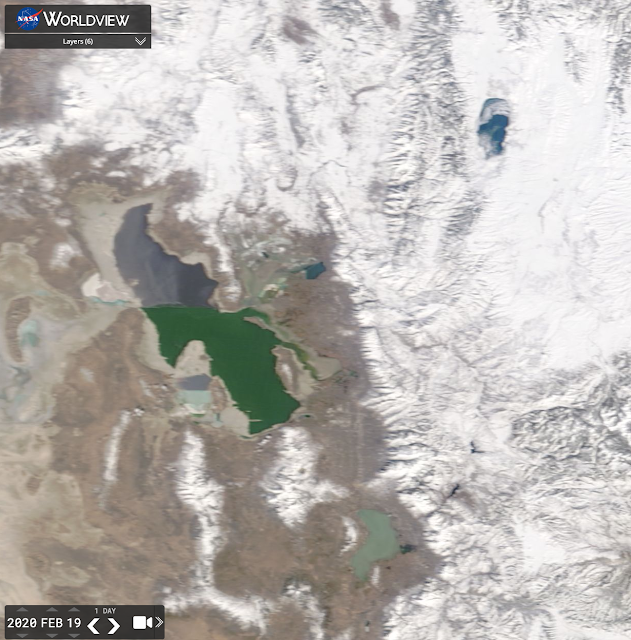