Salt Lake Getting a Dose of Real Winter

We have had a cold, windy storm like this in the Salt Lake Valley in a long time.  As anticipated by the National Weather Service, it blew in last night and is mucking up the morning commute good.  The screenshot below was taken at 7:44 AM and shows heavy to medium traffic with multiple incidents along much of the freeway system as well as at the lower Cottonwood Canyons.

Radar imagery shows widespread snow that is heaviest in six areas.  I've circled four of them, which are located on the western sides of the Stansbury Mountains, Standbury Island, Oquirrh Mountains, and central Wasatch.  The fifth is the northern Wasatch Front and the sixth is an apparent lake-effect band aligned near the major axis of the Great Salt Lake. 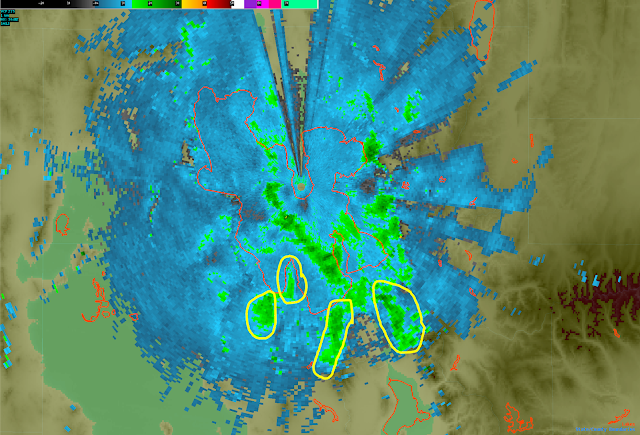 Snowfall enhancement on the benches was well anticipated by the National Weather Service.  Note in the area forecast discussion below, they comment on the possibility that higher accumulations will occur at low-to-mid canyon vs. near the ridgetop.

For those of you thinking of recreating in the foothills today the combination of heavy snow and wind has caused the Utah Avalanche Center to issue a Special Avalanche Bulletin that includes benches and steep terrain in the valleys.  Recognize the potential for avalanches on steep slopes and in gullies and avoid them.  Snow can pile up deeply in gullies and thus can be a serious threat for burial.

I took the photo below several years ago in the Avenues foothills.  The circumstances were different, but it does illustrate that there are slopes in the foothills, even just above town, that can avalanche. 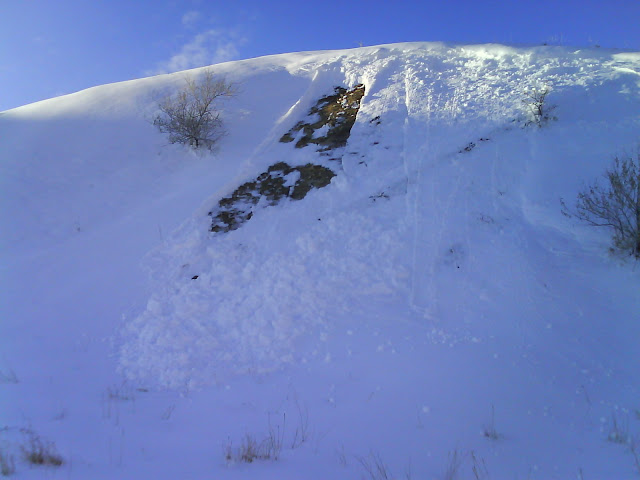 Snow will continue today, but will become more showery after noon.  To add insult to injury, there is a surge of cold air from Wyoming that is evident in the lower to panels of the NAM forecast below (valid 0600 UTC/2300 MST this evening).  This raises the possibility of cold, easterly, canyon winds tonight and tomorrow morning.  Tough to say at this time if they will be localized or widespread.

Bottom line: Continue to monitor forecasts and brace yourselves for the coldest weather of the winter.
By Jim S Posted at 2/03/2020 08:07:00 AM