There Was Something in the Air

Strong southwest winds have predominated the last 24 hours or so and much of Saturday night and Sunday, although as I type this at 3:30 PM MDT, we're in a bit of a lull.  Observations from the University of Utah, for example, show the persistent nature of the southwesterly flow, with only a brief period late yesterday (around 2000 MDT) when winds were not southerly to westerly.

The view from the upper avenues this morning showed something obscuring the visibility in the southwest corner of the valley.  Observations from the University of Utah show several period of moderate PM2.5 concentrations during the night and this morning, indicating that there was something in the air.

Dust or smoke is hard to say for sure based solely on PM2.5 concentrations, but my hypothesis is that it was dust and not smoke due to a lack of any noticeable campfire smell despite significant visibility obscuration in the plume.  I wonder if the active dust emissions source we identified west of Utah Lake last year is getting active again (see Where Today's Dust Is Really Coming From, posted 16 April 2018).  Alternatively, the plume could have originated from other areas of southwest Utah.  It's impossible to say from satellite imagery today due to the extensive cloud cover.  If you have observations that will help pin things down, please share.

We hiked Mt. Superior and Monte Cristo today and the apparent dust made for an interesting scene.  It was quite windy up there and we saw a few ice pellets and rain drops around mid morning.  It looked quite dark to the southwest and northwest, suggesting rain was coming in, but that was somewhat misleading as the darkness appeared be due entirely to dust. 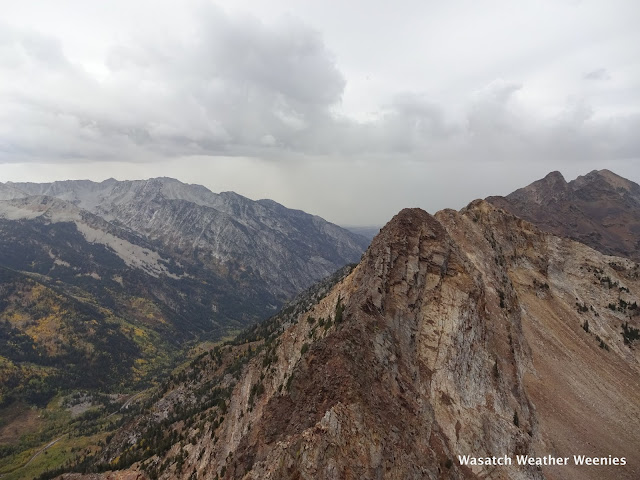 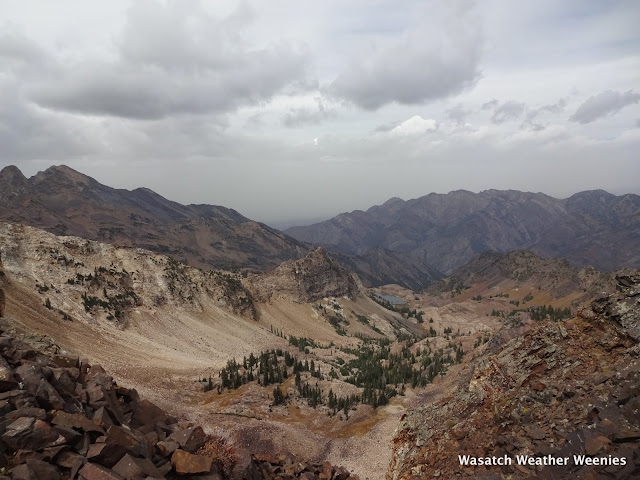 Indeed, when we returned our car, it looked like it was pouring in the lower canyon, but we found nothing but dust as we exited the canyon. 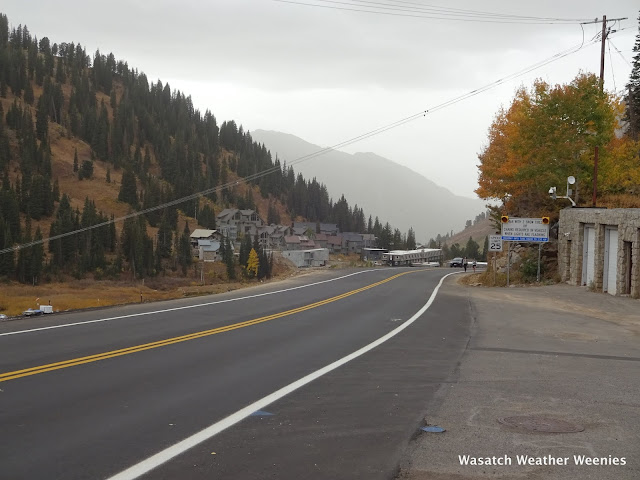 Now, moving on to more interesting things, it is now the end of the September, when a young skiers dreams turn to snow.  We got a great view today of the famed "edge of the world" line on Monte Cristo Peak. 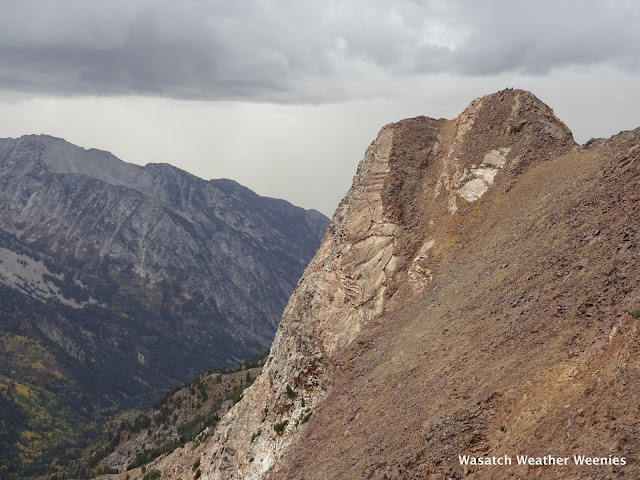 I've always felt that line was probably the most photographic in the Wasatch Range, as illustrated by Carl Skoog's incredible photo in Andrew McLean's Chuting Gallery.

I have largely given up on skiing the south sides of Superior or Monte Cristo as the heavy traffic and mad rush for first tracks makes me uncomfortable (as does the rappel if one skis the full Monte Cristo shot).  However, I rummaged through the old photos and found that it was completely untracked the last time I skied the south side of Superior in January 2009.  How we could have passed up that opportunity, I don't know. 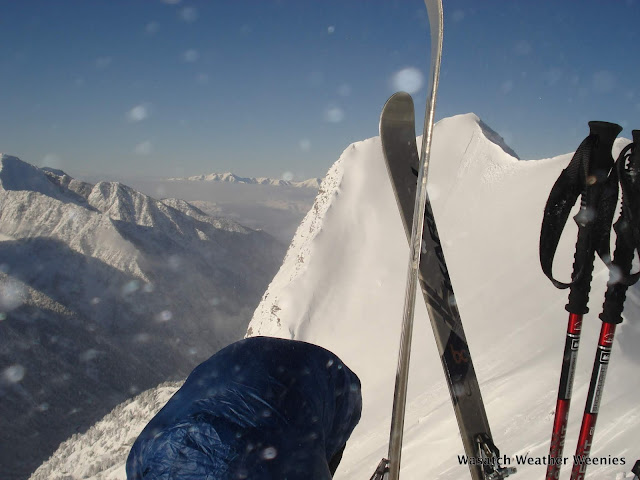 Especially since Superior had already been nailed pretty much wall-to-wall. 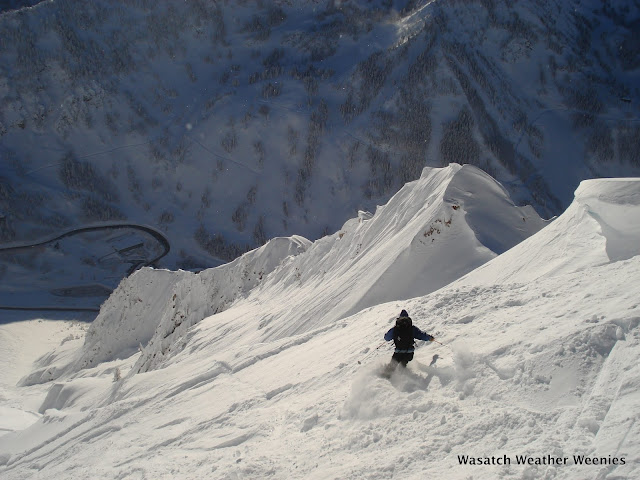 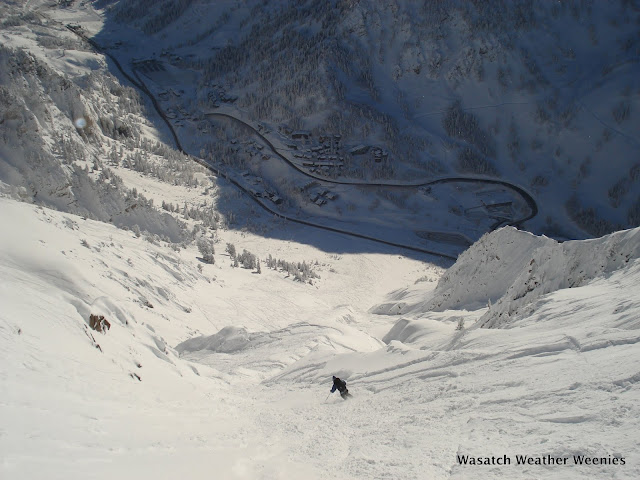