The Pole Creek and Bald Mountain Fires in Juab and Utah counties blew up this week, have burned 68,000 acres, are threatening homes and structures, and are currently only 2 percent contained.  I first saw the smoke billow or pyrocumulus cloud (tough to tell if there was a pyrocu or not) associated with one or both of these fires on Wednesday when it poked up above Lone Peak. 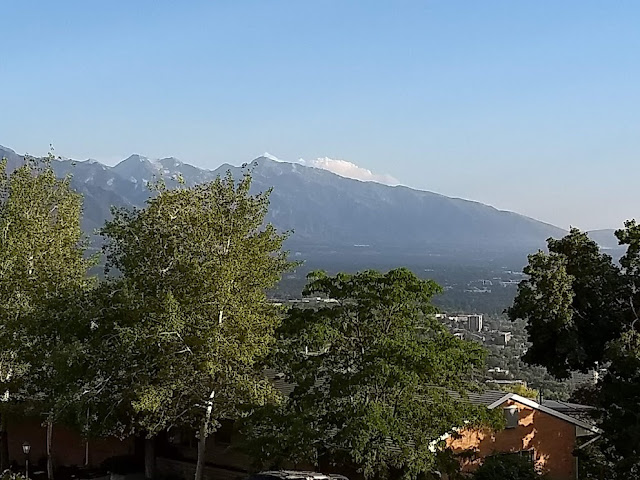 Yesterday's MODIS image from NASA's Terra satellite showed smoke from the fires traversing the Uinta Mountains and extending all the way to the Black Hills and beyond.  The remarkable linear nature of the plume likely reflects the strong southwesterly flow that has predominated over the western U.S. the last couple of days. 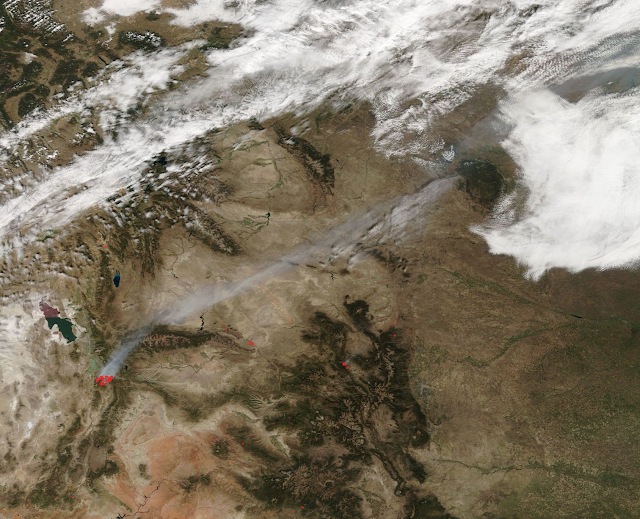 The Salt Lake Tribune reported this morning that on Sunday the Pole Creek fire was a half acre in size.  It grew to 50 acres by the end of Monday and then grew "exponentially Wednesday and Thursday.   Collectively, the two fires have burned 68,000 acres.

The decision to allow the fire to burn has been a subject of criticism by residents and Lt. Governor Spencer Cox who tweeted on Thursday that the fire was an example of 'more inept decision-making by the Forest Service who decided to try and "manage" this fire and let it burn instead of suppression — during one of the worst droughts in recent history.'  Governor Gary Herbert was more circumspect and is quoted in the tribune as saying that while there is room for improvement, "it's not time to finger point today."

Computer model forecasts from Monday through Wednesday did indeed call for an increase in southwesterly flow, with relatively low relative humidities.  The forecasts below provide a few examples, valid at noon Thursday.

However, more needs to be known about the decision making process, whether or not a forecast was requested by the forest service, and what those forecasts predicted, to better understand the decision-making process in this instance.  Thus, I am reluctant to comment further without digging more deeply into the case.

In other words, I agree with the governor that the main issue at hand at this time is to deal with the emergency.  Sadly, the next couple of days look difficult meteorologically, with continued warm, dry weather the next few days.  The time-height below is for Salt Lake, but is probably reasonably applicable for the large-scale (but not local) conditions at the site.  The one plus is a slight weakening of the flow during the period.

Updates concerning the threats posed by this continued warm, dry southwesterly flow is available at https://inciweb.nwcg.gov/incident/6199/.