Will This Be a September Without Measurable Rain?

Yesterday brought a rare flirtation with precipitation to the Salt Lake Valley, with a few showers evident in the area late in the day. 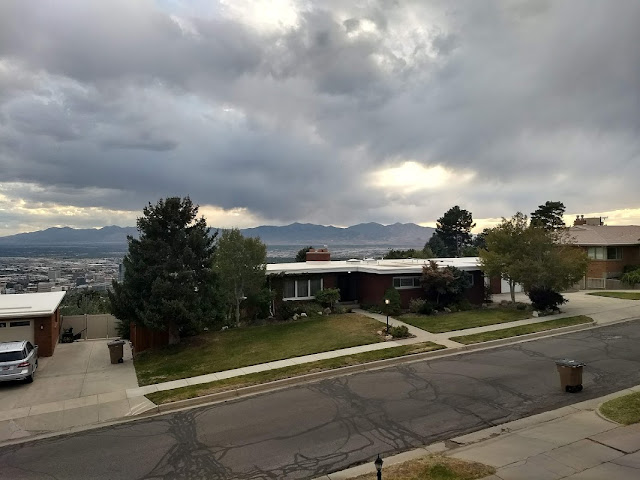 Will we make it through the month with no measurable precipitation?  Well, the odds are probably better than not, but it is not a lock.  There's still about 6 days left in the month, and there are some ensemble members that bring a trough through and generate some precipitation late in the month, as illustrated by the ECMWF ensemble forecast below with 51 members.  This ensemble was initialized at 6 PM last night and 5 of the 51 members produced precipitation at the airport yesterday evening (grey lines).  About 12 (roughly 25%) generate precipitation prior to the end of the month.  The rest keep us dry.