Another shallow layer of smoke pushed into northern Utah last night and is obscuring views and torturing lungs today.

The view from Snowbird around 11 AM showed conditions were better in the upper elevations than the mid-to-low elevations.  The smoke seemed fairly layered visually, and was densest perhaps below about 8,000 or 8,500 feet.  The view toward the Oquirrhs suggested smoke may have extended to about 10,500 feet or perhaps a bit higher, but wasn't as dense at those altitudes. 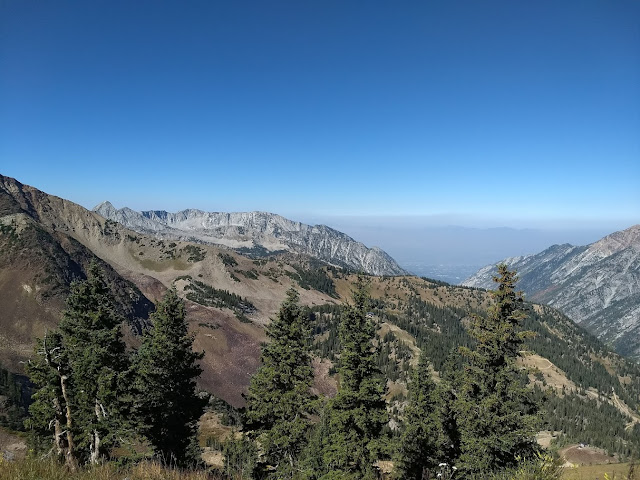 The morning sounding shows a series of stable layers extending to about 775 mb (7500 feet).  Perhaps this explains the apparent denser smoke in the lower levels.  Northwesterly flow, however, extended to just over 700 mb (10,000 feet), which might explain why some of the smoke extended to the higher elevations.

The view driving down the canyon was reminiscent of wintertime inversions.  I've taken many photos of gunk from this pull off. 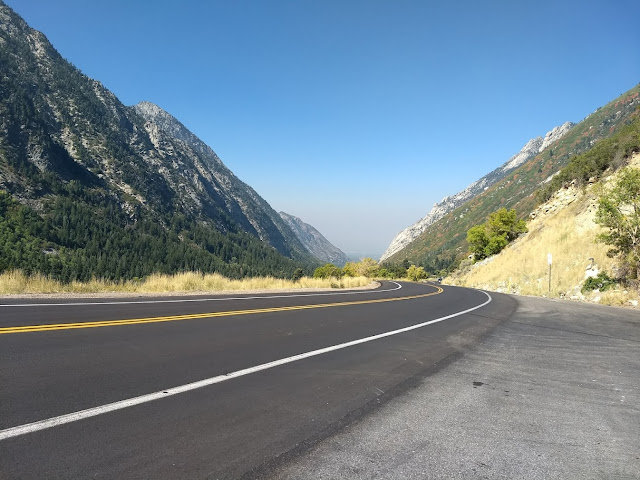 I keep reminding myself that things are much worse near the fires than in northern Utah, as can be seen in todays Purple Air network data. 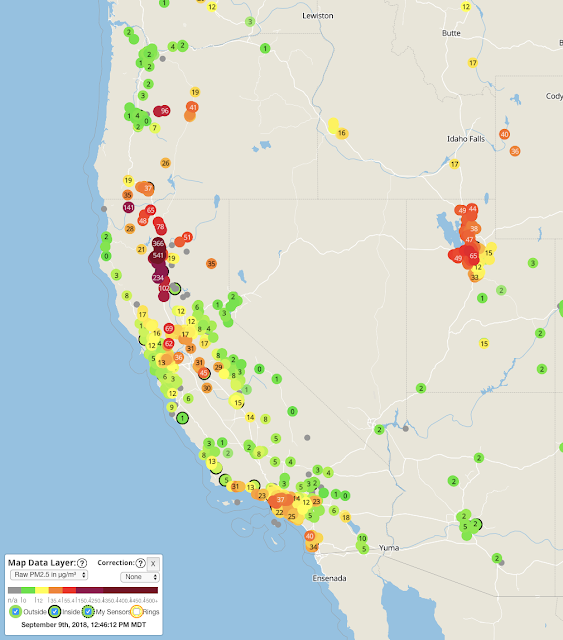 That doesn't make the situation any easier for those in northern Utah with respiratory ailments.  Sadly, this has been a very difficult summer for many.
By Jim S Posted at 9/09/2018 12:48:00 PM