My mom is in town, so we spent the day on the Alpine Loop Highway with a visit to Sundance.  The colors in the upper elevations are starting to change and probably next weekend it's going to be quite nice.  Even this weekend was fine. 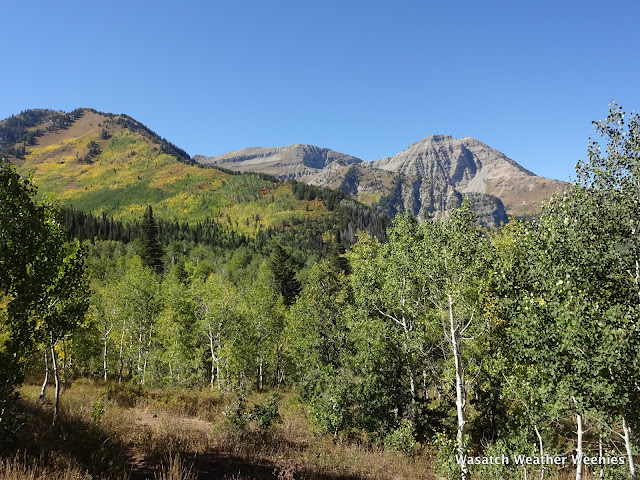 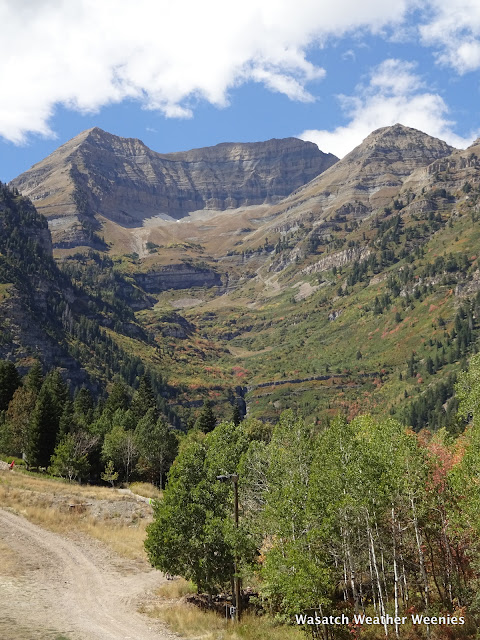 Less beautiful were views of the Pole Canyon and Bald Mountain fires, although I'm not sure we could see the latter directly.  Note the cumulus sitting on top of the smoke plume, a likely reflection of heat and moisture from the fire. 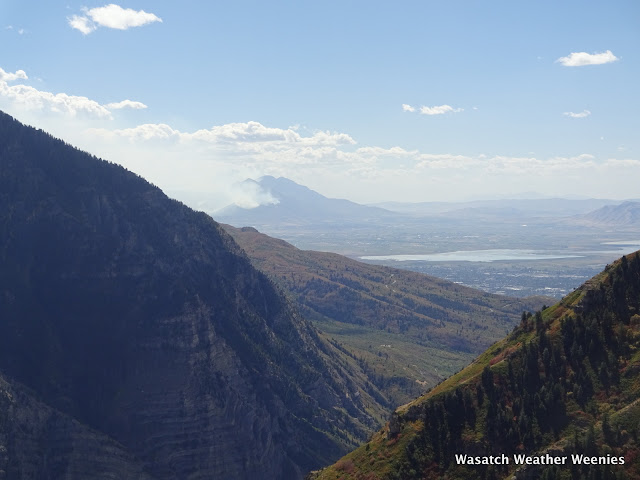 However, what is making for a remarkably dry scenario is the below-average snow last winter, the below-average rainfall this summer, and the above-average temperatures.  In the case of the latter two, the airport has only had 0.74" of precipitation since June 1st, which is the 7th lowest on record.  Temperatures since June 1 have averaged 77.8˚F, which is the 7th highest on record.  It's a double whammy for drought to have both poor precipitation and abnormal warmth.

The entire state of Utah is in moderate to exceptional drought.  Most of the western U.S. is abnormally dry to worse.

The role of temperature will continue to increase in future droughts as the climate warms.  Even if average precipitation remains steady, higher temperatures will lead to more severe and persistent drought conditions in our region.  Dry periods will be worse than they were in the 20th century.  Average precipitation periods behave more like abnormally dry or moderate drought periods.  Wet periods will need to be more prolonged to pull us out of the water deficit.  This situation will become worse as the climate warms through the 21st century.
By Jim S Posted at 9/16/2018 04:46:00 PM