Still Some Gunk Around 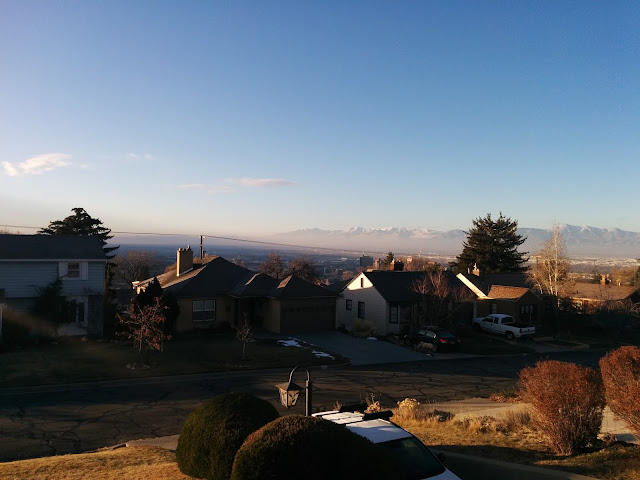 Last night's trough passage helped mix out some but not all of the pollution.  As can be seen in the photo above, there's still some gunk lingering around the Salt Lake Valley.

And check out some of the details of the partial mixout in the graphs below.  At our mountain meteorology lab on upper campus, PM2.5 levels dropped abruptly shortly after 1800 MST last night, with only a very small recovery.  In contrast, at Neil Armstrong Academy in West Valley City, which is about 750 feet lower in elevation, the mixout was about 2 hours later and only temporary as PM2.5 levels rebounded to around 15 ug/m3.
This is a great example of a partial mixout and it is a fairly common occurrence with weaker trough passages, which often fail to completely scour out the air pollution.

As things stand this morning we have a shallow inversion over the Salt Lake Valley.

The strength and depth of that inversion is such that I think we will probably burn it off with surface heating and help dilute things a bit further over the valley.
By Jim S Posted at 12/05/2015 08:52:00 AM