The Benches Are Getting More Snow Than the Mountains

For the overnight and morning stages of this storm, the benches have gotten more snow than the central Wasatch Mountains.  This is true for both total snowfall and water equivalent.  For example, as of 10 am we've had 0.95" of water equivalent at our observing site here at the University of Utah campus, whereas only 0.47" has fallen at Alta-Collins.


We don't completely understand why we get these upside down storm periods, but there are some common threads.  First, they nearly always feature light, shallow, northwesterly flow.  Below is a radar image from earlier this morning showing surface observations with predominantly W or NW flow.  I've highlighted three boxes.  The westernmost box is on the west side of the Oquirrhs.  Note the precipitation enhancement there.  The central box is over the east bench of the Salt Lake Valley.  Note the precipitation enhancement there as well (plus further north along the northern Wasatch Front.  Finally, the easternmost box is over the central Wasatch.  Note the weak returns there. 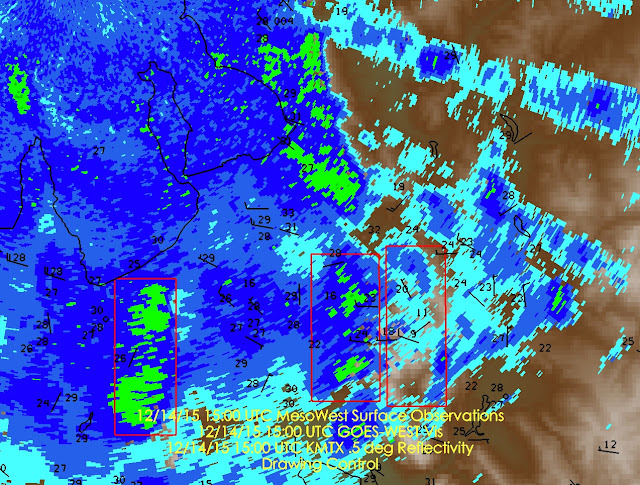 Just to help with orientation, here's a map without the radar. 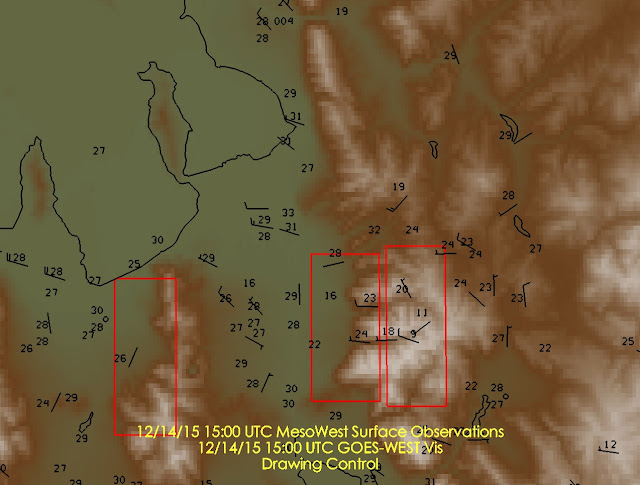 Likely critical to the distribution of flow in this event is the shallow nature of the northwesterly flow.  In the Salt Lake Valley, winds were light but northwesterly since just before midnight MDT and picked up this morning just before 5 AM.  Obs below from the Spaghetti Bowl in the center of the valley. 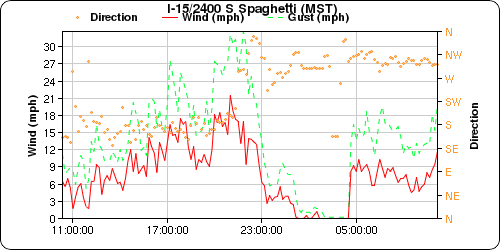 In contrast, the flow on Mount Baldy was southerly all night long and did not shift to westerly until 7 am.  Even now, the flow on Mt. Baldy is only 18 mph, which is very weak for that location. 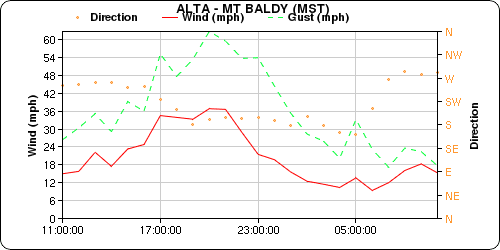 These sorts of storm characteristics are much easier to sort out in hindsight and very difficult to anticipate in a forecast.   These local-scale precipitation effects are highly sensitive to small changes in wind direction, wind speed, and vertical wind shear.  As is often the case in northern Utah, winter storms are about synoptic probabilities, but what you experience depends on smaller-scale processes that are very difficult to predict several hours or more in advance.  Clearly we have more work to do.
By Jim S Posted at 12/14/2015 10:32:00 AM