This afternoon we've had a remarkable mixout of the inversion in the upper Avenues and around the University of Utah.  Check it out and the lens of dirty air remaining along the valley floor.  University of Utah just to the left in the photo below. 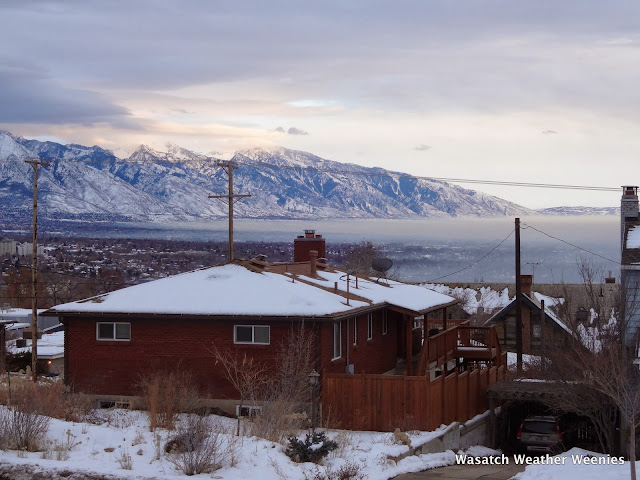 Things remain gunked in over the many other portions of the valley, including the area near downtown. 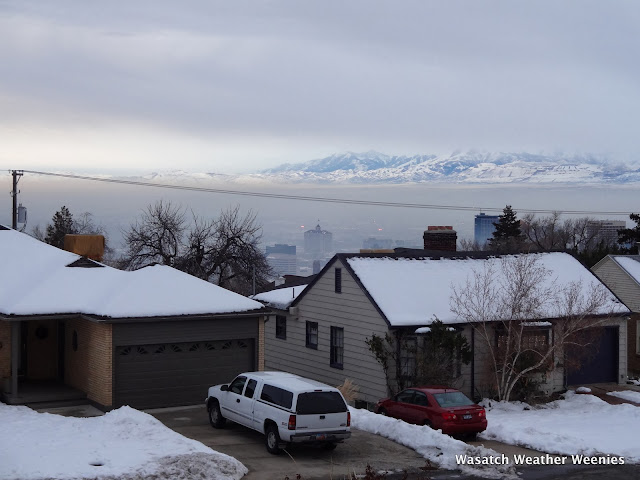 The cleansing agent in this case was a weak surge of easterly flow that pushed into the Avenues and the University area at about 1400 (2 PM) MST, which pushed by the valley cold pool and scoured out the pollution.  The trace below shows the onset and then persistence of this easterly flow at our mountain meteorology lab near the mouth of Red Butte Canyon over the past three hours.

At the same time, the air pollution in the heart of the Salt Lake Valley is still getting worse and PM2.5 is at the highest levels of the event.

The trough brushing by to our northeast is giving us a few raindrops and does appear to be doing some scouring of the upper portions of the inversion even as things get worse along the valley floor.  I'm not optimistic, but keep your fingers crossed that we scour things out more than I expect.  I also suspect the cold pool and the gunky air along the valley floor will surge back into the University area, but will be hoping we continue to stay in the clear.

I just learned that they will be doing two fireworks displays in downtown Salt Lake tonight, one at the Gateway at 7 PM and the other downtown at midnight.  THIS IS A HUGE MISTAKE AND THESE SHOWS SHOULD BE CANCELLED.  Fireworks produce large quantities of particular matter.  I don't want to be a party pooper, but fireworks produce bad air quality in the summer.  Here's a post from the Cliff Mass Blog showing what happened this summer in Seattle during their fourth of July fireworks display.  There is no way we should be having fireworks displays when the air quality is this bad.