One of the challenging aspects of being a snow-lover in the eastern United States is that even in areas that get a decent amount of snow, such as the Tug Hill Plateau, Mother Nature and Old Man Winter conspire to do terrible things to the snowpack.

For example, late last night and early this morning we suffered through a freezing drizzle and rain event on the Tug Hill Plateau.  This was a pretty minor event by east coast standards, but enough to coat the cars, that wonderful low-density snow that fell over the weekend, and all of our instruments. 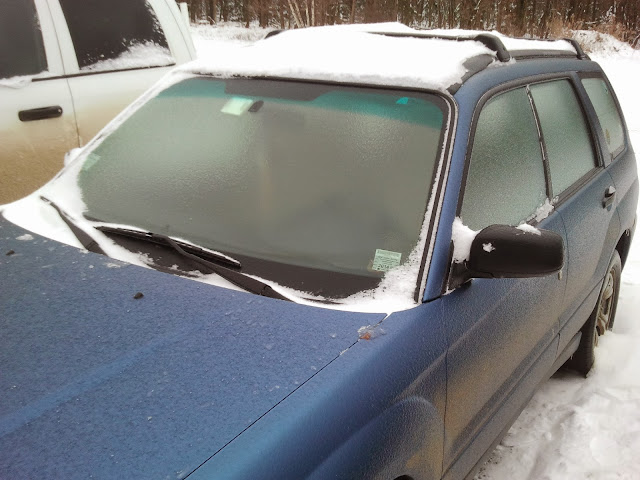 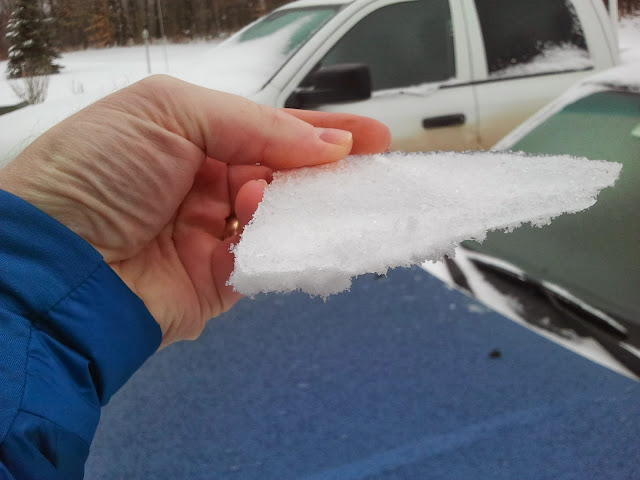 So, we have some work to do to break this ice off of everything.  We have until tomorrow, when it looks like we're going to get creamed by a big lake-effect event that could go from tomorrow into Thursday night.  This could be the event of our field program.  Keep your fingers crossed.