While those of you in Utah are enjoying your snow today, we are busy here in NY working on the first "Intensive Observing Period" (IOP) of the Ontario Winter Lake-effect Storms (OWLeS) project.

IOP1 is probably just what we needed to start off the field program.  It is a fairly weak event, although we've had some heavier bursts of snow in the past half hour (see above).  As a result, we're able to get out in the field and test equipment and communications without suffering from hypothermia and disorientation in a 2-3 inch per hour storm.

Thusfar, IOP1 has been fairly disorganized with a broad area of precipitation spanning much of the area to the east and southeast of Lake Ontario.  Radar shows some cellularity and at times we've seen a band of stronger cells extending south-southeastward within this broad precipitation region, as in the image below (the red squares show the positions of the fixed instruments we have for examining precipitation enhancement over the Tug Hill Plateau. 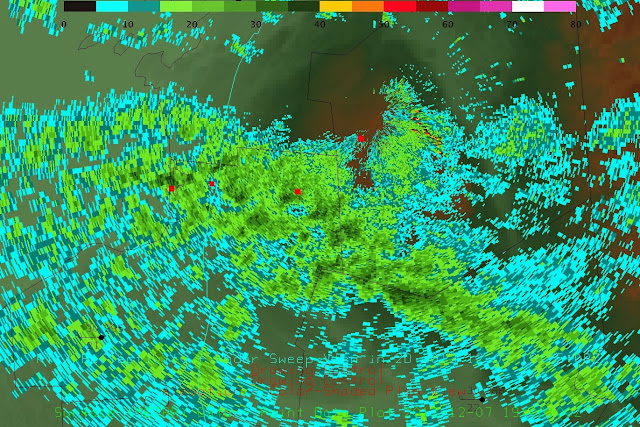 One thing we are thankful for is having a huge garage from which to do our balloon launches.  Here's a few Utah and SUNY-Albany students prepping this afternoons launch. 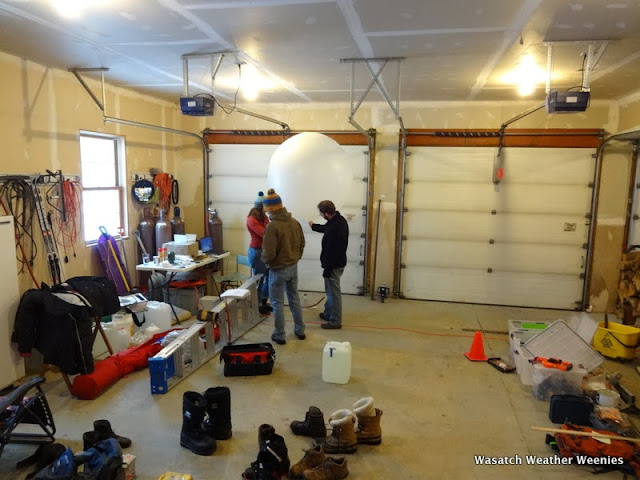 The snow we've had thus far has been all cold smoke with a water content of 4%.  Pity there's no base and nothing steep enough here to ski.  The science, however, is fascinating as we have lots of interesting data rolling in.
By Jim S Posted at 12/07/2013 01:20:00 PM