Large Gondola in the Cottonwoods?

An article by Brian Maffly in today's Salt Lake Tribune discusses what a large gondola in Little Cottonwood Canyon might look like. 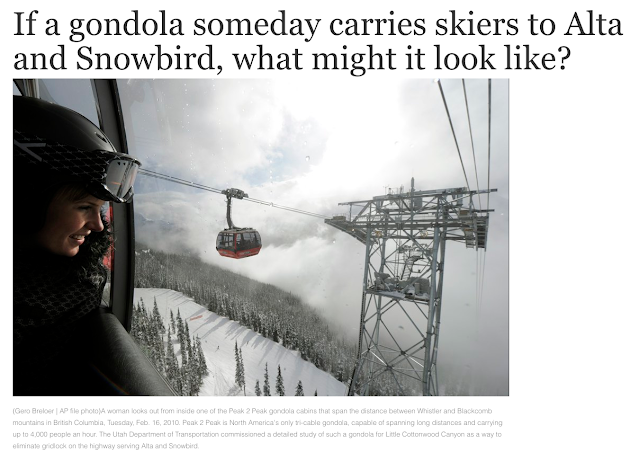 While in Austia last year, I rode on what I suspect would be a template for such a lift, the Eisgratbahn at Stubai Glacier.  The Eisgratbahn is a tri-cable gondola hauling 48-passenger cars 1200 vertical meters (3.8 km) with a total capacity of about 3000 people per hour.  You can read about it in this BlogTirol article. 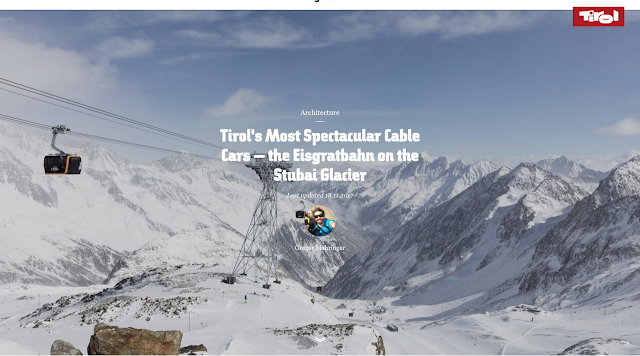 The Eisgratbahn was built at a cost of 68 million Euro (about 75 million USD), supposedly making it the most expensive ski lift ever built (see this FallLine Skiing article).  For comparison, the Peak-to-Peak gondola at Whistler, discussed in the Salt Lake Tribune, was "only" 51 million Canadian Dollars.

The Eisgratbahn is largely a people mover.  Most of the Stubai Glacier ski area is at altitudes above the base parking lot, pictured below.  One tends to take the Eisgratbahn up, ski the many lifts on the upper mountain, and then return to the base via the Eisgratbahn.  One can ski to the bottom, but early and late season that's not possible and the routes to the base are often closed or simply not recommended due to avalanche hazard. 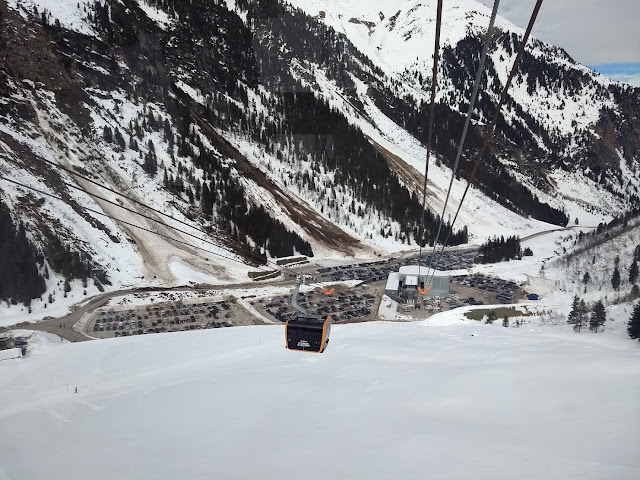 On the other hand, it is a much shorter (3.8 km) lift compared to what would need to be built up Little Cottonwood.  Additionally, there is ample parking at the base.

The trib article states that the cost of such a gondola up Little Cottonwood Canyon would be north of $300 million dollars. Additionally, parking and transport to the gondola would need to be addressed.  Who knows if any of this will ever happen.  Further, I'm not even sure what to root for.  I sometimes wonder if the best option is to do nothing, as crazy as that sounds.
By Jim S Posted at 12/21/2019 07:15:00 AM

Email ThisBlogThis!Share to TwitterShare to FacebookShare to Pinterest
Labels: Skiing