Lake-effect has brought snow to the western Salt Lake Valley and Tooele Valley and created some traffic mayhem along I-80.  I saw a report earlier this morning of a 2 hour commute from Tooele to Salt Lake.

Radar imagery overnight shows the "pulsing" nature of the lake effect, which occasionally became banded.  There is a brief period of double banding as well.  Although the central Wasatch was outside the main lake-effect area, they got just enough from the edges and orographic snow showers to give Alta Collins 4 inches of what was probably pixie dust.

Below is a 1400 UTC (7 AM MST) satellite image fro GOES-17.  I've cherry picked this to highlight a time when a clear lake-effect band was apparent.  There is evidence of the cloud band extending well into Utah county at this time. 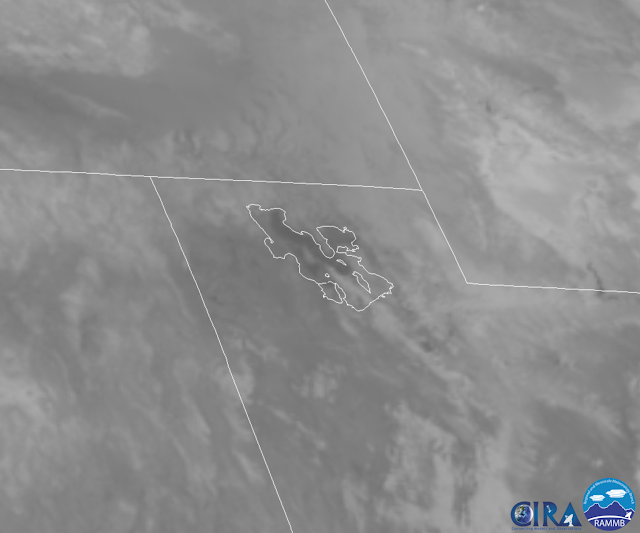 Radar imagery at the time shows lake-effect snowshowers extending from the Great Salt Lake and into the Oquirrh Mountains.  A narrow band extends further downstream to Utah Lake.  It's quite remarkable that the radar picks up on that part of the band at all.  Radar overshooting becomes more problematic with distance from the radar, which is on Promontory Point, due to the curvature of the earth, slight angle of the radar to the horizon, and bending of the radar signal by the atmosphere. 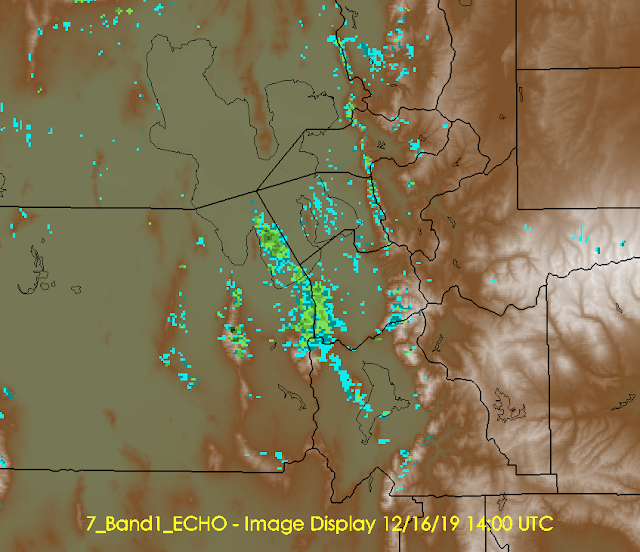 I'm calling this a last gasp as it brings an end to this storm cycle and otherwise things look dry through Wednesday.  There is a splitting storm moving through the region Wednesday night, but right now it doesn't look like much from a mountain snow perspective.
By Jim S Posted at 12/16/2019 08:25:00 AM