Although I tread into political commentary from time to time on this blog, in general, I try to keep it relatively politics free, especially on topics that are outside my area of expertise.

So today, I merely want to give a pep talk to everyone to get out and vote this year.  If you are registered in and live in Utah, you can do this by mail, at an early polling location, or on election day.  Complete information, including early and election day polling locations, is available at vote.utah.gov.

Voter turnout in the 2016 election was around 56% for males and 60% for females.  It was lowest amongst the young (people 24 or younger) and increased with age. 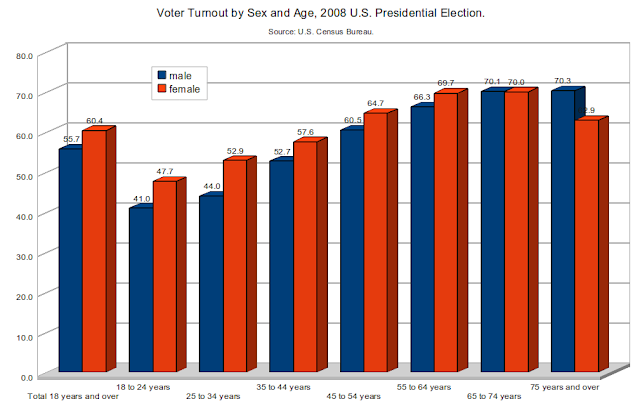 It would be great to see numbers that are even higher, especially from younger voters who are the future of our country.

I've always considered voting to be more than a right and privilege, but a responsibility.  Especially informed voting.  National races, especially those in contested districts (e.g., Utah District 4 with Rep. Mia Love and Salt Lake County Mayor Ben McAdams in a dead heat according to polls) tend to dominate advertising and media coverage (sadly with little discussion of policy and a strong emphasis on negative ads).  However, local races matter too.  If you go to vote.utah.gov, you can input your address and access a sample ballot.  You can also access profiles for each candidate, including so-called third party candidates, impartial analysis of propositions and amendments, and arguments in favor or against those propositions or amendments.  I believe this is a great service, and I found it useful for getting out of my echo chamber and researching candidates and topics for which I felt the advertising and media coverage provided little substance.

Voting takes time and you might be away from home or far from a polling place.  You might be saddled with heavy work or other responsibilities on election day.  But if you are registered and able, try to find the time for mail-in or early voting and, if you go to vote on election day and your eligibility is questioned, ask for and complete an provisional ballot.