First Snow Followed by the Coldest Day in Months

Last night we received the first snow of the season in the upper Avenues, with a coating of white on colder surfaces. 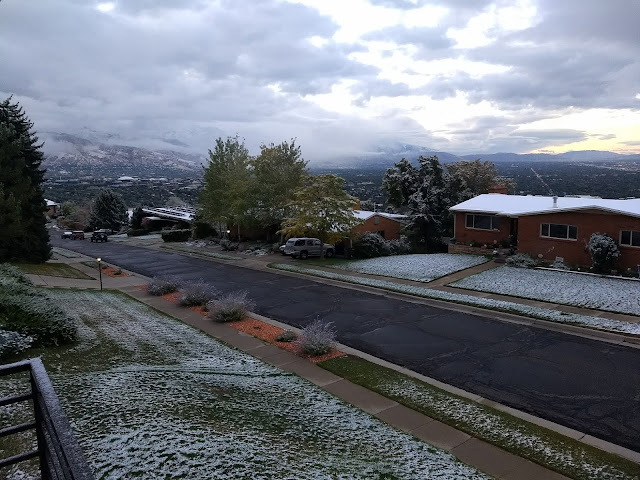 Radar imagery showed a band of precipitation passing through the area early this morning, which led to the snow.  That band was drifting southward and brought a little snow to the central Wasatch, although accumulations were likely less than in inch (the Alta-Collins data feed to Mesowest is currently down, so this is guesswork based on cameras). 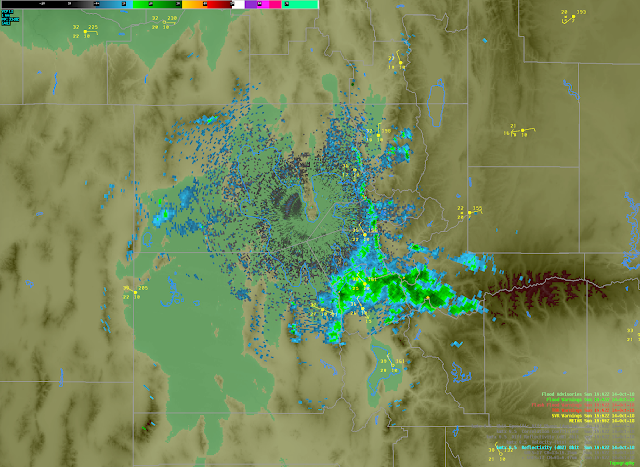 Today will probably be the coldest day of the season so far and the coldest day we have seen around here in months.  If my quick look at the records is correct, the last day we had here with a high below 50ºF was April 17 when it reached 49˚F.  If you continue to go back in time, the next day below 50ºF was March 26 (48˚F), which was preceded on March 25 by a high of 44˚F.  The forecast high for today from the National Weather Service is 47˚F.  It might be a good day to switch from flip flops to closed-toe shoes.
By Jim S Posted at 10/14/2018 09:01:00 AM