The phrase pattern change is pretty vague and it really doesn't tell you much.  For instance, it's a pretty crisp out there this morning, and one might describe this as a pattern change, but should you get excited for snow?

The weather over the past couple of weeks has been dominated by persistent ridging over western North America.  For example, the average 500-mb height pattern for 22-28 October shows this ridge, which was strongest over Canada and weaker to non-existent over northern Mexico.

Except for the occasional trough that was able to slip through the net to give us a few showers, the pattern has been mainly dry.

Over the past couple of days, that ridge moved downstream and the Pacific trough progressed into the western U.S. leading to the cooling we feel today. 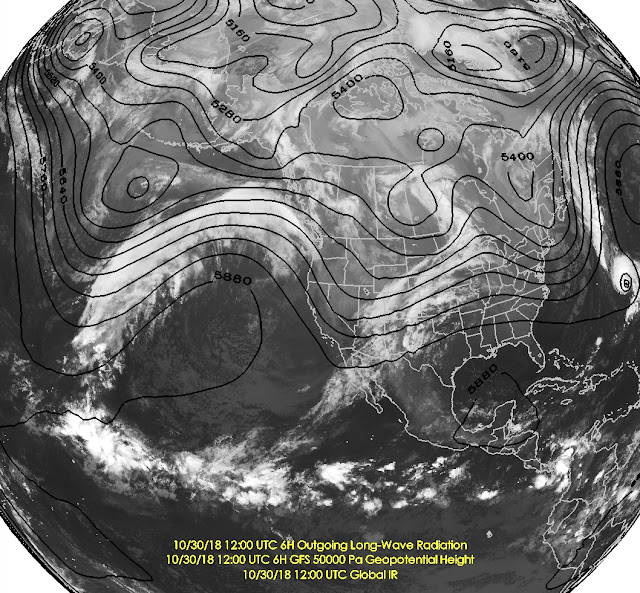 However, the phasing of that trough with moisture was insufficient to give us any precipitation, and we've been left high and dry while precipitation develops ahead of the trough as it moves across portions of Colorado and the high plains.  What a waste. 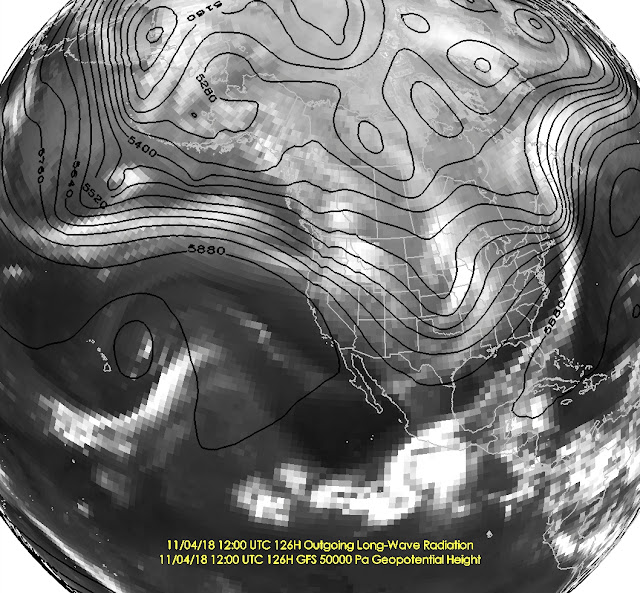 My view is that this is an evolving pattern change, but most of the ensemble forecasts are still not bringing in a big storm over the next 6-7 days.  For instance, most of the members of our downscaled North American Ensemble Forecast System Product are producing 8 inches or less at Alta Collins, which is produced by the passage of three very weak systems.  There are a small number of Canadian ensemble members that are more excited, and we are always grateful for the love and support from our friends to the north.

My read of the ECMWF ensemble through the 6th is that it has a similar distribution.

Thus, the ensembles suggest it is more likely than not we won't see a big storm over the next week, although there's a slight chance that perhaps something can amplify on the downstream side of the trough and give us a bigger storm.  I won't push my luck looking further out in the future than that.
By Jim S Posted at 10/30/2018 11:08:00 AM