Salt Lake in the Lee of the Wasatch Range 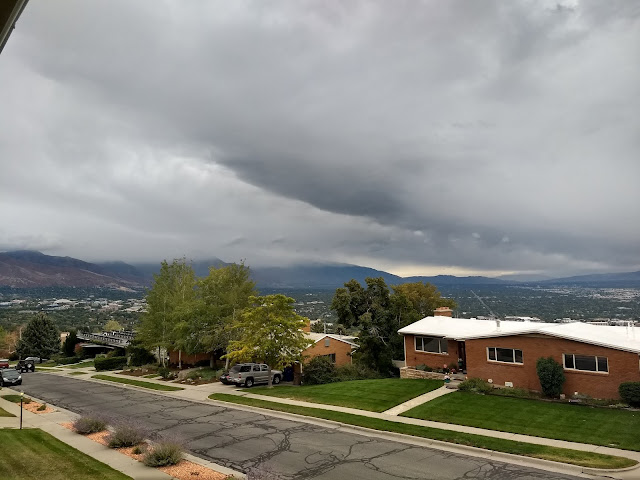 What you are seeing is a consequence of easterly flow.  There is a band of precipitation that currently extends from from SW to NE across the region, but this is embedded in easterly flow.  If you look carefully at the image below, the radar reflectivities at 8:18 AM were actually higher east of the Park City Ridgline (look along the border between Salt Lake and Summit Counties) than on the Cottonwood side of the Wasatch. 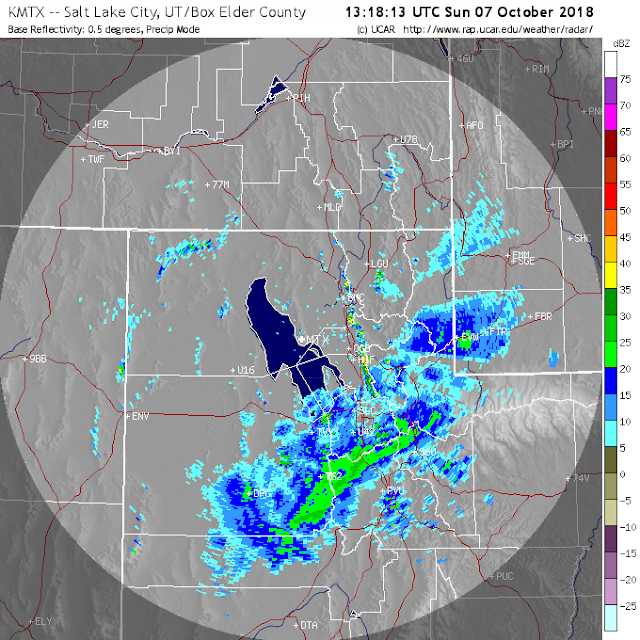 So, in the photo above, the snow in the mountains is spillover.  Then, a harder, darker cloud base exists where a lee wave is producing rising motion.  This is something akin to that illustrated in the picture below, except there is more extensive cloud cover due to the precipitation band being generated on the north side of the close low that exists at upper levels to our south. 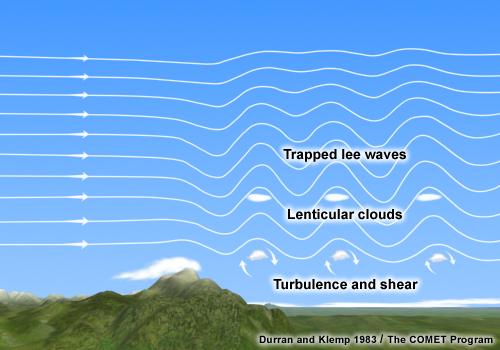 Evidence for the easterly flow can be found in the morning sounding from the airport.  The low-level flow in the Salt Lake Valley is northerly, but there's northeast to east to southeast flow from 700 to 300 mb. 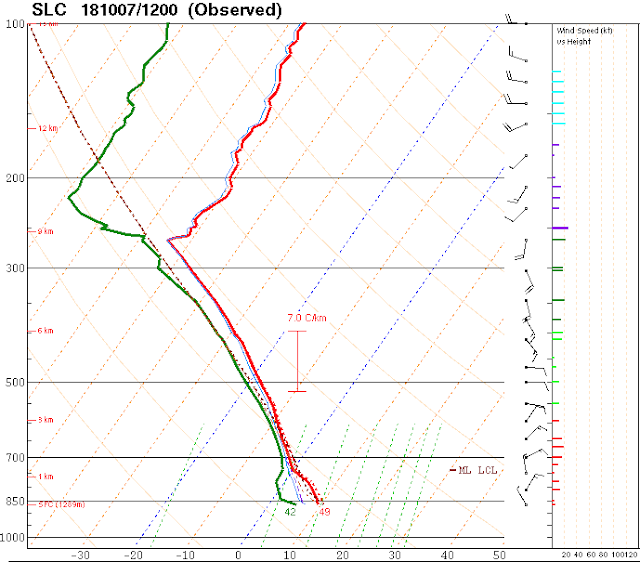