Shockingly, given the blistering heat of late, the first half of March (through the 15th), only rates as the 11th warmest all time in the Salt Lake area.

Granted, we are still running well above average, and we're not too far behind the warmer "half Marches", but still not in record territory.

A big reason we're behind is the two cold surges that occurred around the first of the month and then on the 6th. 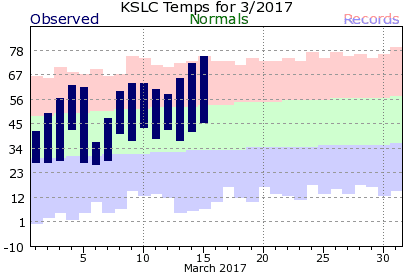