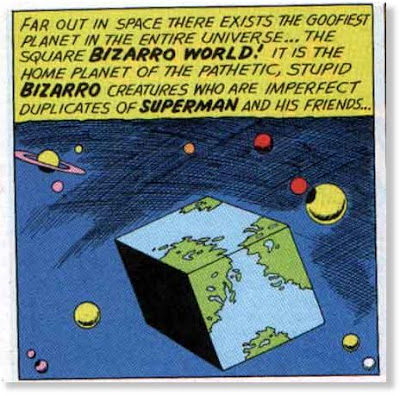 With April Fools Day tomorrow and a crazy month of weather behind us, today brings a fitting "Bizzaro World" end to the month of March.

First, let's recap.  It has been simultaneously hotter than hell and anomalously wet this month.  We set five daily records for maximum temperature over a 7-day span from the 15th to the 21st, including a 79 on the 18th, dashing hopes of powder skiing over the U's Spring Break.  For all but today, the average temperature for the month is 50.2ºF, a full half degree warmer than the previous warmest March on record from 2015.  Although today will likely lower that 50.2ºF just a titch, a half degree gap is sufficient that this March will go down as the warmest on record.

For the snow, March has proven to be a stinker.  At lower elevations, it's been a disaster.  For example, the Ben Lomond Trail SNOTEL (6000 feet) was well above average snowpack water equivalent at the beginning of the month, but has now lost nearly half of its snowpack and now sits at average.  In a typical year, they would peak in late March and lose snow in earnest in April.

At mid elevations, the picture is mixed and dependent on aspect.  Some SNOTELs were able to survive without a net loss, but others saw snowpack reductions.  An example of the latter is Mill D North at 9000 feet in Big Cottonwood, which saw peak snowpack in early March and has had a net decline for the month, despite some gains in the past 10 days or so.  Presently they sit just above average.

The sheltered, north-aspect Snowbird SNOTEL provides an example of a location that was able to whether the storm and exhibit a slight net gain for the period.  This doesn't mean that all of Snowbird saw a net gain.  Much depends on elevation and aspect.  Upper-elevation north can "weather the warmth" in March.  Other aspects less so.

Which brings us to today.  I feel like I've been transported to a Bizzaro World where everything is backwards.  I awoke and went to get the paper and the visibility at my house was about 10 feet as the Avenues foothills were consumed, at least temporarily, by low clouds.  The scene is Cascadian on campus this morning, with abundant low clouds. 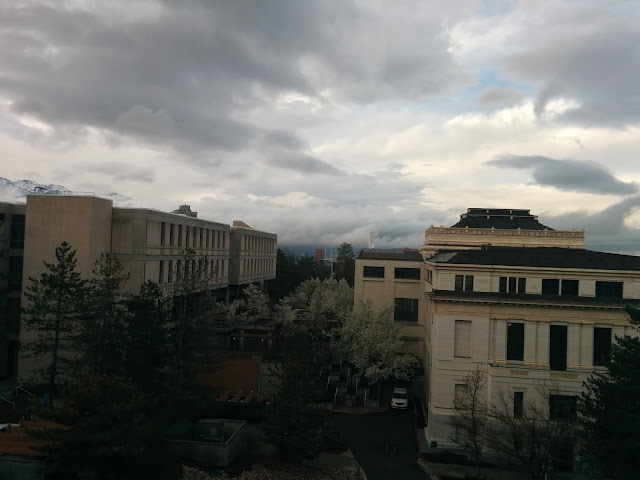 Surely there was a problem with the morning sounding from the airport.  Near saturated conditions from the surface to 500 mb is one thing, but the flow aloft is easterly!

Those upper-level easterlies are expected to increase today and reach a peak this evening.  Napoleon knew all to well that bad things come from the east, and sometimes we get strong downslope winds with easterlies, but fortunately other aspects of the pattern are not favorable for such winds.  Nevertheless, I'd expect some oddball wind patterns in the mountains and some cloud and precipitation features that are a bit unusual for this part of the world.  In fact, I can see some low-level scud clouds moving from east to west across Sugarhouse from my office window right now.  You don't see that every day around here.

Finally, to wrap up the Bizzaroness, we got about 7 inches of snow at upper elevations in the Cottonwoods over the past 24 hours.  My take is that such a storm puts us precisely half way between mid-winter powder skiing and spring corn skiing.  Hopefully you can figure out what that means.

UTopia is a new local environmental TV series debuting on KJZZ (channel 14) at 8:30 PM this Sunday (April 2nd).  Their first topic: The Greatest Snow on Earth.  Here's a clip.