A Night of Extreme Change

The "Steenburgh Effect" was in full play this weekend as I was out of town skiing in Jackson Hole and of course missed out blogging about the best frontal passage we've had in months.  Nevertheless, I saw what was coming and we ended up getting off the mountain at 1 PM yesterday, and racing home via Evanston, experiencing the full force of the pre-frontal southerlies, but arriving home just ahead of the post-frontal snowmaggedon.

I took a quick gander through the wind reports over northern Utah and it appears that nobody escaped the full force of the winds.  Gusts over 70 mph were reported at all elevations and in many areas that you might think of as being "sheltered."  Here are a few selected peak gusts, all of which were recorded in the pre-frontal environment.

The driver of these strong winds was a strong cold front that developed over the Great Basin and moved across northern Utah yesterday afternoon.  The intense surface trough accompanying the front featured strong pre- and post-frontal pressure gradients. 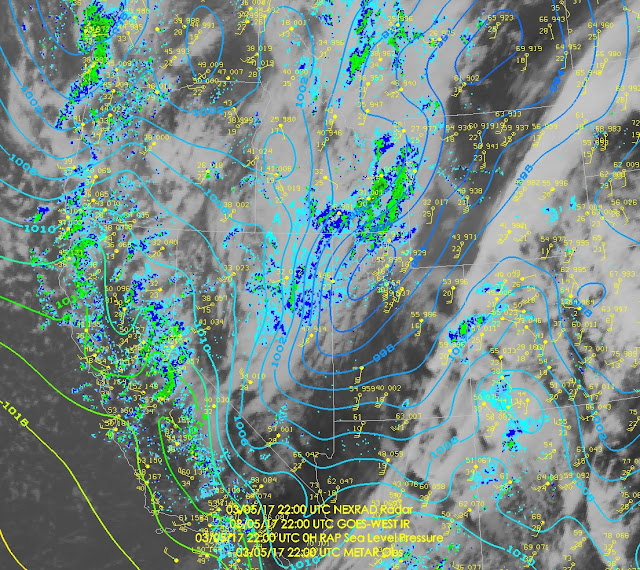 Although the strongest gusts were generally observed ahead of the front, the winds behind the cold front were nothing to laugh about either.  Here at the University of Utah, the peak gust of 64 mph occurred about 90 minutes ahead of the frontal wind shift.  Although there was a temporary drop in the wind speeds following the frontal passage, they picked up again, with a prolonged period of W-NW flow and gusts above 30 knots, as the frontal precipitation band came through. 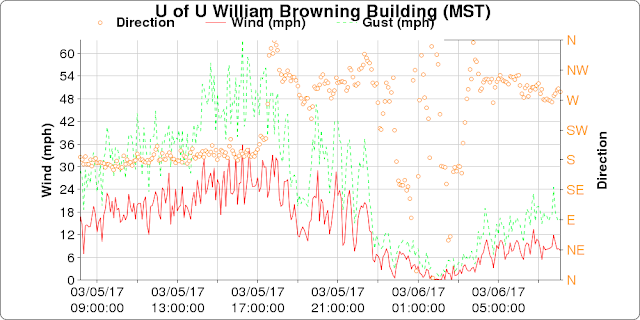 The lag between the surface based front, as indicated by the pressure trough, and the precipitation band was clearly evident in the analysis for 0200 UTC below. 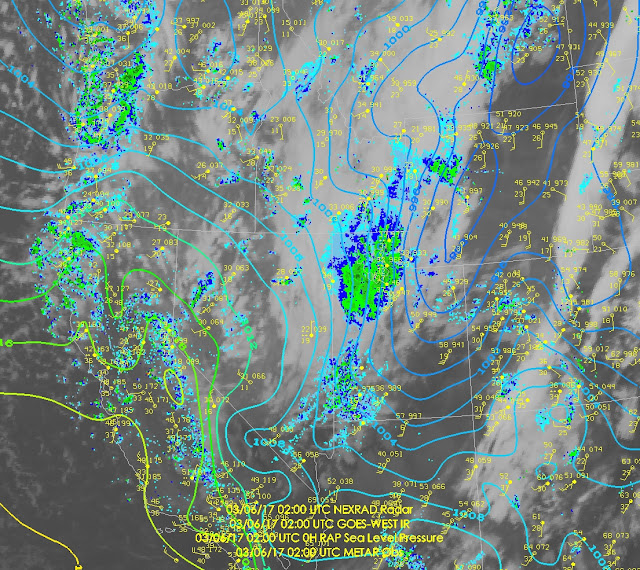 The combination of heavy snow and strong W-NW flow made for a quick coating of white at our place in the upper Avenues (about 5000 feet) by about 8 PM MST.  It's always hard to take night-time pictures of snow, especially with an old cell phone, but the combination of snow and wind made for about the nastiest weather I've seen in the valley this winter. 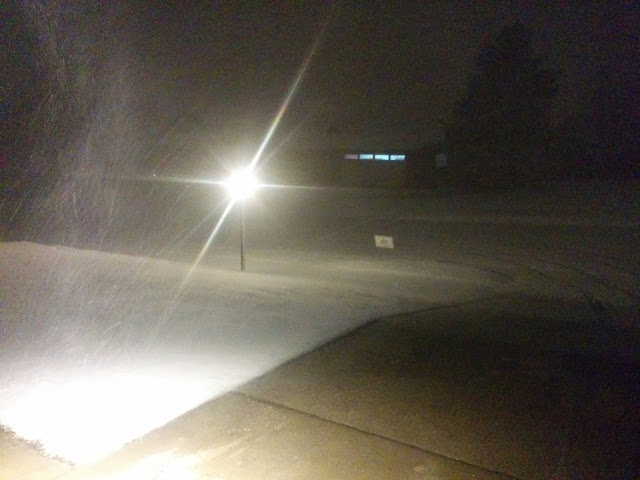 I suspect this morning provided a rude awakening for many as temperatures on campus are around 24ºF with NW winds gusting from 15-20 mph over the past couple of hours.  Throw in icy sidewalks and you have conditions best described as "sporting."  After a high on campus yesterday of 59ºF, it is safe to say that it was a night of extreme change.

Also this morning in the post-frontal environment we have some beautiful orographic clouds draped over the mountains, such as these over the Oquirrh Mountains as I walked to the bus at about 7 am. 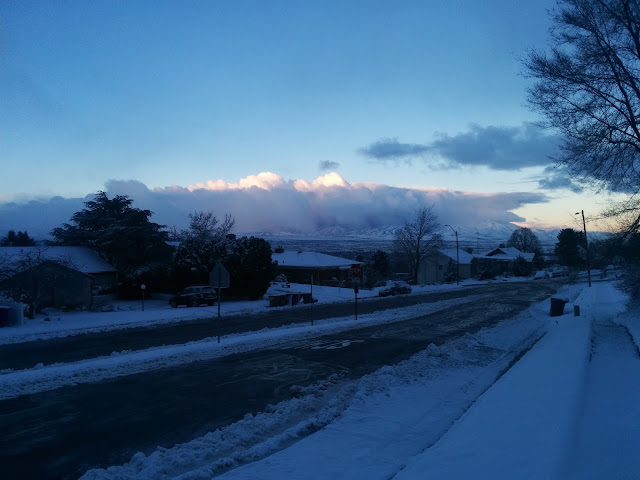 Thanks to the post-frontal convection, graupel has been falling at times on campus. 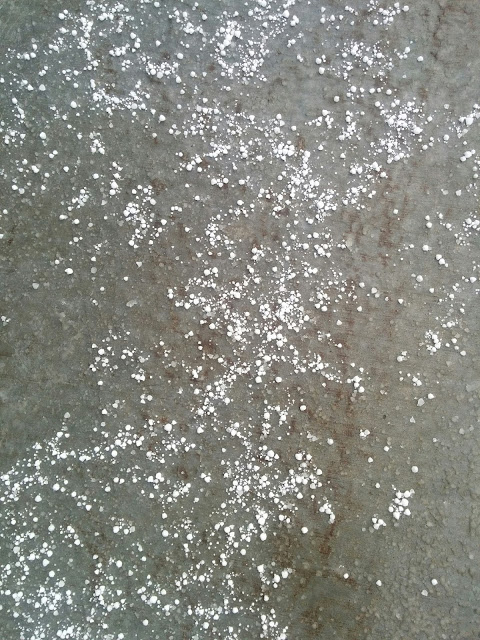