A quick shout out to begin today's post to Mrs. Professor Powder, who celebrated her big five-oh in style today.  I must confess that I did pull the government weather-control lever to ensure bluebird skies and high-speed cruising for her birthday. 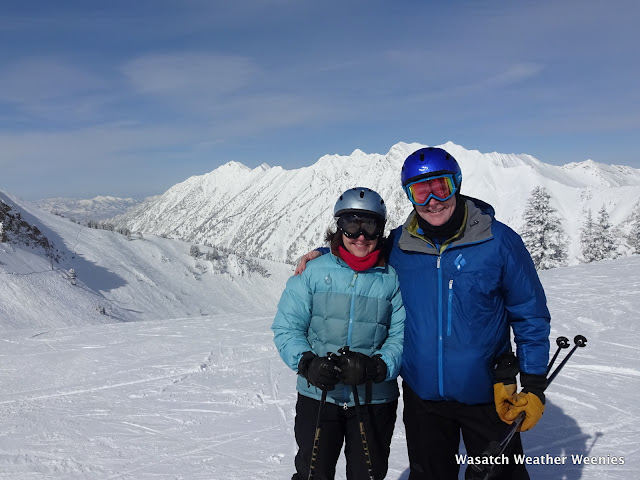 She has put up with my weather weenieness for just over half of those years and today was no exception.  So much to see!  Yes, the views were great, but did you spot the 22-degre halo? 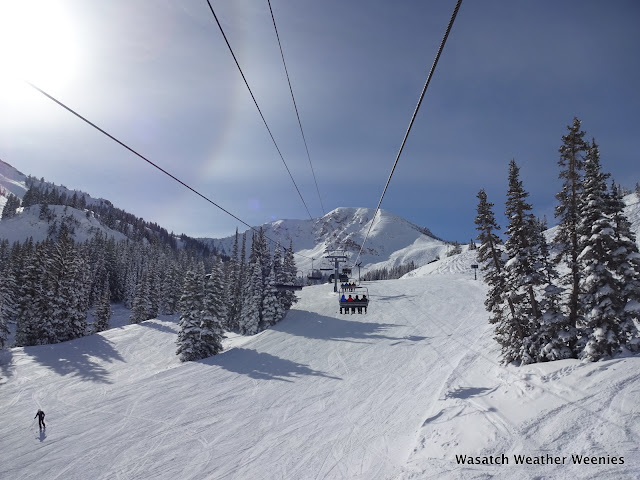 How about wind transport?  The photo below as taken about 1 PM.  At the time, winds on Mt. Baldy were a rather unimpressive 17 mph with gusts to 32.  No mind, there's plenty of low-density blower to transport and that speed will do it with snow like that.  We departed soon after, but I suspect that wind deposition rates increased further with the winds this afternoon. 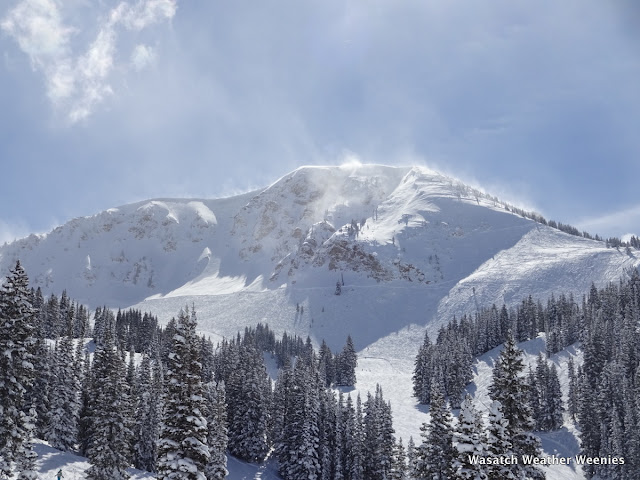 With so much dry snow around, not just on the snowpack, but also in the trees, one could practically pick out the gusts by eye.  It was quite impressive to see these patches of stronger winds and snow transport and lofting. 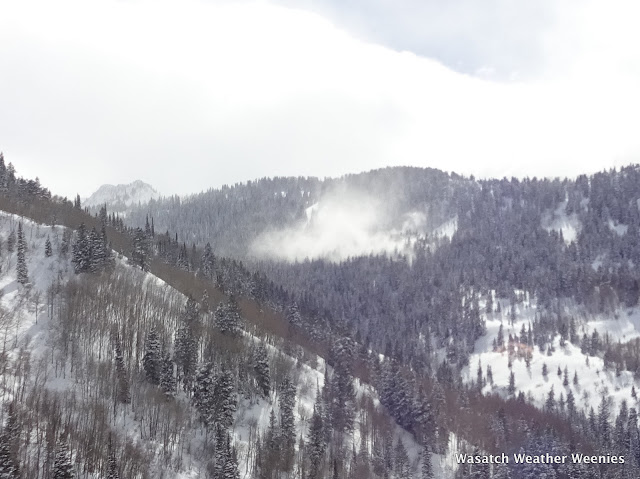 The wind also made for some spectacular lenticular clouds and snow-filled ridges. 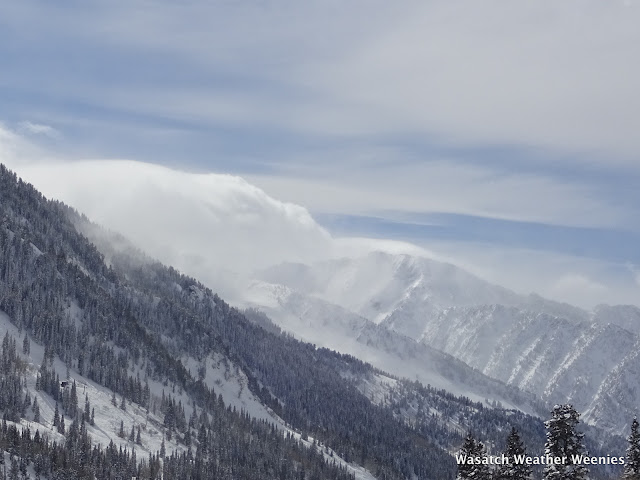 One can't see the Pfiefferhorn from Alta, but I've heard reports that it was covered by a pretty cap cloud at times today.

There's a recently published paper that suggests the lofting of snow from the ground and trees can, under the right circumstances, serve as effective seeding agents for producing snow.  Many clouds contain supercooled water drops that are colder than 0ºC, but are not yet frozen.  They need a small particle, known as an ice nuclei, to begin the freezing process.  The best ice nuclei have structures similar to ice.  Small clay particles can be good, but nothing is better than ice itself.

At issue for today is whether or not this process was operating in the clouds over the Wasatch Range.  It was very clear when I returned home that the small cumulus clouds over the Wastach were composed in part of supercooled water droplets.  Such clouds typically feature sharp edges, as seen below.  At low levels, however, there was snow.  It is impossible to say, however, how much of that snow is from wind transport, how much is simply growing and falling out of the clouds from natural ice nucleation, and how much might be related to ice nucleation by wind transported and lofted snow. 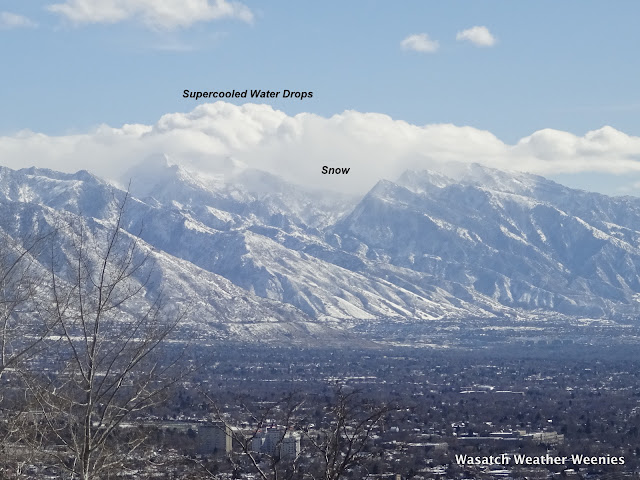