Meteorological Winter Going Out with a Bang

After abandoning us for a stretch in February, it is clear that Meteorological Winter (the months of December, January, and February) is going to go out with a bang as snow impacts the morning commute across much of the Salt Lake Valley and the northern Wasatch Front today.

The large-scale setup for this event is worth a peak as it features many of the characteristics that we often see when an upper-level trough swings across the Great Basin.  At 2000 UTC (1700 MST) yesterday, the system was "vertically stacked" along the Pacific Northwest coast with the 500-mb low center (as indicated by the 500-mb height contours in black) located nearly over the sea level pressure low (as indicated by color contours).  To the south, a pronounced lee trough existed downstream of the Sierra Nevada, from which a surface trough extended into western Utah. 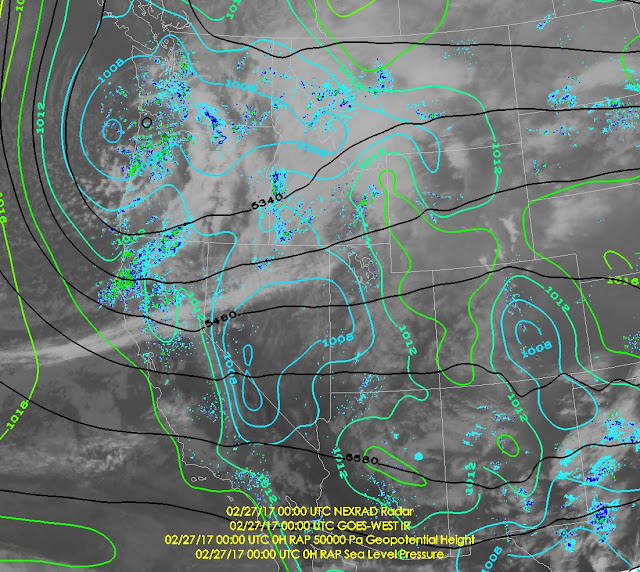 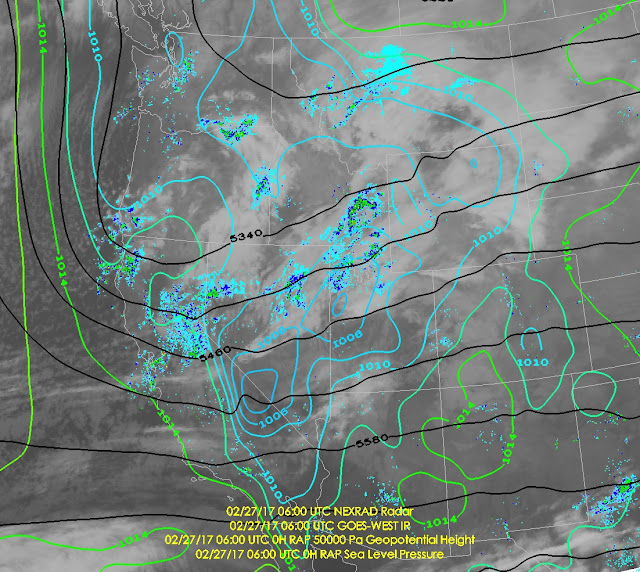 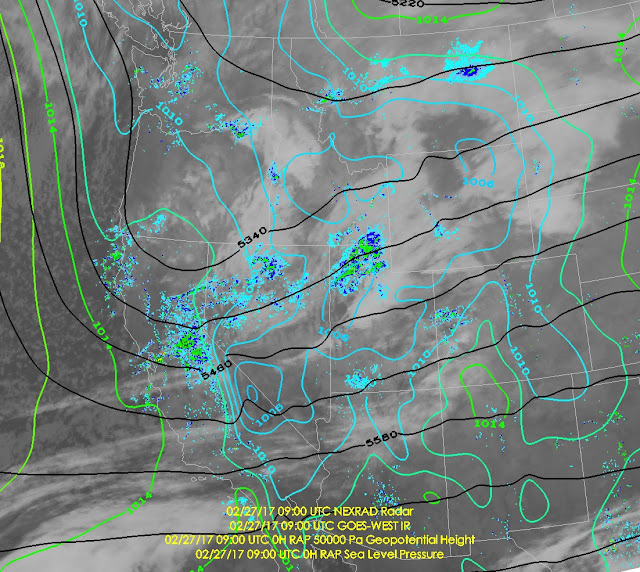 It is that area of precipitation that is now bringing snow to the Salt Lake Valley and northern Wasatch Front, and will eventually impact Utah County.  The latest radar loop shows scattered precipitation over Utah County and far southern Salt Lake County, but otherwise fairly continuous snowfall from roughly 6200 South to Ogden.

Really, this is not a worst-case scenario because temperatures are modest and road crews have been out, but it's still bad.  Utah Commuterlink traffic flows show a pretty horrendous picture with low speeds (0-30 mph) along many of the main highways in Salt Lake, Davis, and Weber Counties.  Note how Utah County remains "in the green."  Weather, like politics, is local, and they've escaped the snow impacts so far. 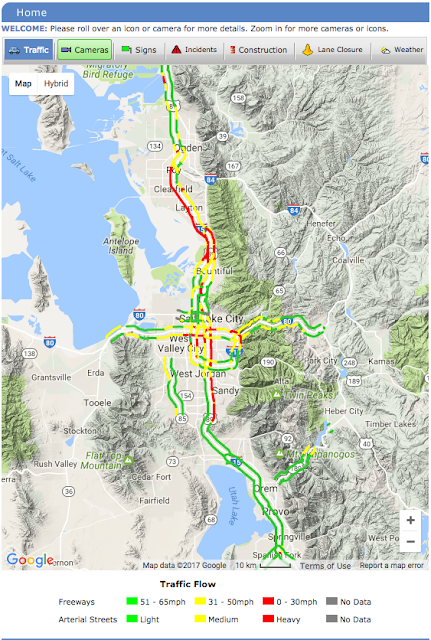 Things are looking good for a few inches of snow to pile up on the campus grass this morning.  The system has already been a good producer in the mountains (6 inches at Alta-Collins, perhaps 9 inches at Snowbasin-Boardwalk).  Looks like free refills until the front pushes through later today.
By Jim S Posted at 2/27/2017 08:13:00 AM