There was a beautiful cloud display this morning as the altostratus covered the sky like a wavy blanket.  The morning sunrise tickled its soft white underbelly. 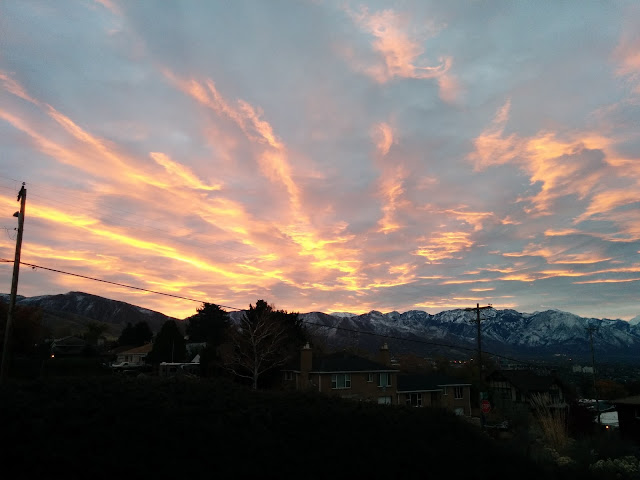 Here's another view later.  Pity my cell phone camera is such a piece of junk. 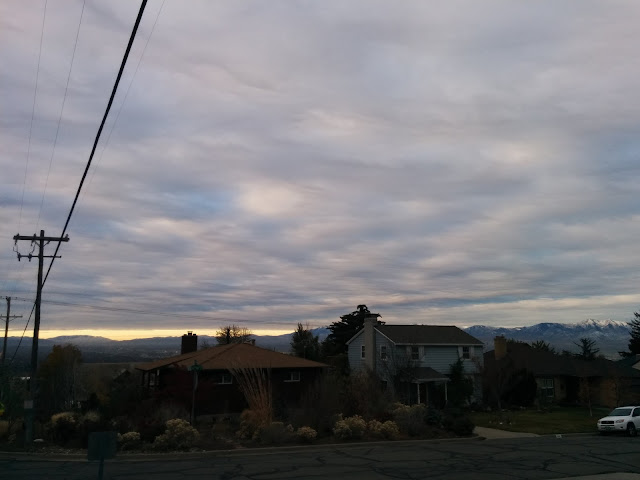 Clouds that cover the sky like a blanket and have large wave-like undulations are now called undulatus asperatus, the first cloud type to be officially recognized in many years.  I'm not sure if the amplitude of the waves this morning was sufficient for to qualify as that cloud type, but it was a pretty scene.

We are very close to having forecasts from the National Center for Atmospheric Research 3-km ensemble available on our web site.  It's based on the Weather Research and Forecast model and has 10 members.  We have no idea how well it will work, so I'm interested in seeing how it does over the next several storms, including tonights, which looks to be a windy, orographic affair with strong crest-level flow shifting from westerly to northwesterly overnight.

The plot below shows the 48-hour precipitation accumulation (water equivalent) produced by the ensemble from 0000 UTC (5 PM MST) yesterday afternoon through 0000 UTC (5 PM MST) Friday afternoon.  The ensemble mean, maximum, and minimum precipitation is along the top row, showing you the range of what the 10 members are producing, with the probability of .01, 1, and 2" on the bottom row.  The peak water equivalent in the central Wasatch varies from just over .4" of water equivalent to over an inch.

The hourly precipitation graph at the bottom is something we cooked up based on the input of colleagues in the avalanche business who really want to know what periods have the greatest potential for heavy precipitation.  The red line represents the median or middle of the 10 ensemble members, the "box" captures the middle half of the members, and the blue lines extend to the lowest and highest member.  In this plot, you can see that the model produces the greatest odds of heavy precipitation from about 11–15 UTC (4–8 AM MST) tomorrow morning, although there's at least one member at each hour during that period that produces very little precipitation.

At this point we have very little clue concerning the performance of this modeling systems, including the biases in amounts and the spread of the ensemble.  High-resolution ensembles like this are, however, the future of weather forecasting, so I look forward to assessing the strengths and weaknesses of this ensemble during the coming winter.
By Jim S Posted at 11/19/2015 09:19:00 AM