Ah, freshies were had in the Avenues Foothills.  Not today, but five years ago today.  I just wanted to share that memory as that was the start of the epic 2010–11 ski season that we all remember so well. 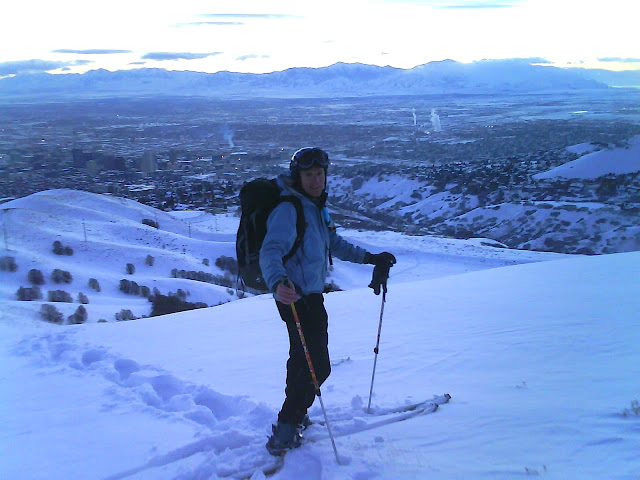 The 2015-16 ski season is getting off to a slower start.  SNOTEL stations in the central Wasatch sit at 60–71% of average.  Average this time of year is not huge, so we're basically one good storm short of average.  If only we could get that one good storm!

Unfortunately the pickings are pretty slim in the medium-range forecasts.  The European ensemble shows very little outside of some snow showers today and tonight through at least December 4th.  Similarly, the North American Ensemble Forecast System (NAEFS) plume for Alta-Collins produces some snow showers through tonight, followed by a flat line until December 4th.  At that point, a few of the ensemble members bring a storm in, but others keep us mainly dry. 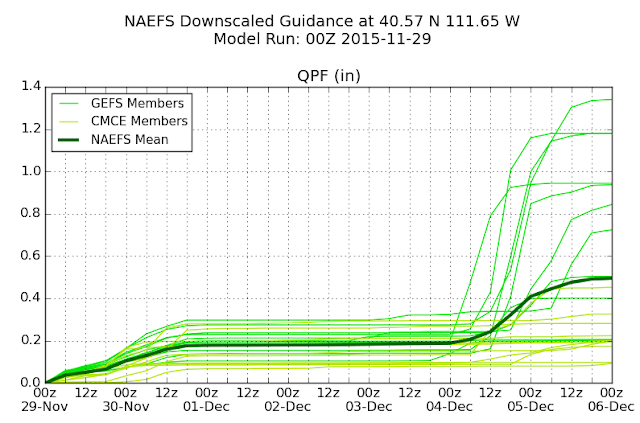