A three-part storm will affect northern Utah through Wednesday morning.

The system really has three parts.  In the first, a band of frontal precipitation drags across late today and tonight. 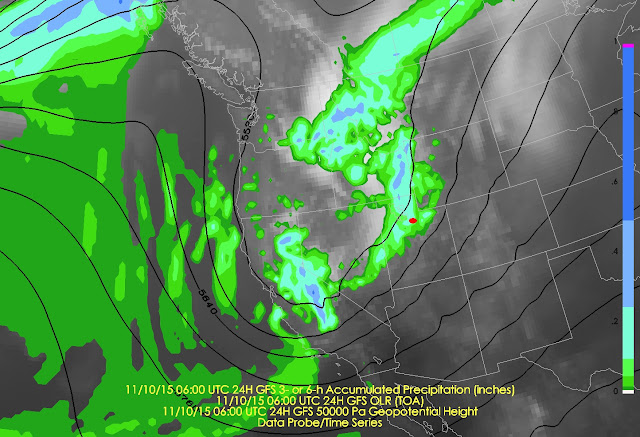 Snow levels will initially be near 6500-7000 feet, but drop to bench level overnight.  The NAM is bearish on this phase of the storm, generating about 0.17" of water equivalent at Alta-Collins through 11 AM tomorrow, whereas the GFS is more bullish going for 0.53".  Something in the 3-6" range seems most likely.

During the second phase, we could be caught between two lovers as the frontal system intensifies to our south and east as a post-frontal area of instability showers remains upstream. 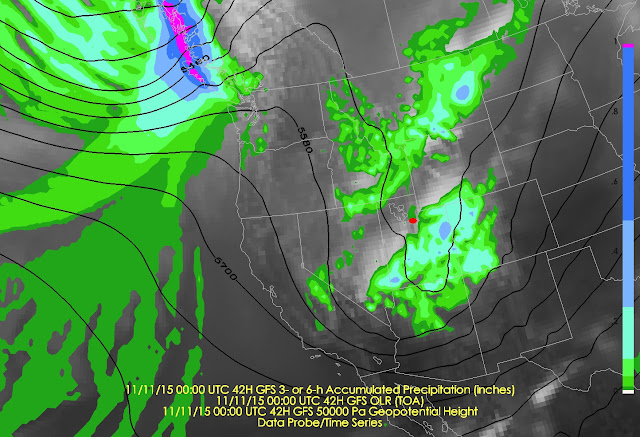 Thus, as things stand now, it appears late tomorrow morning (or even mid morning) through afternoon we'll be in a bit of a break.

Tomorrow night everything depends on the post-frontal crap shoot (see The Post-Frontal Crapshoot for more information).  The models indicate northwesterly flow with orographic precipitation, as shown in the GFS below. 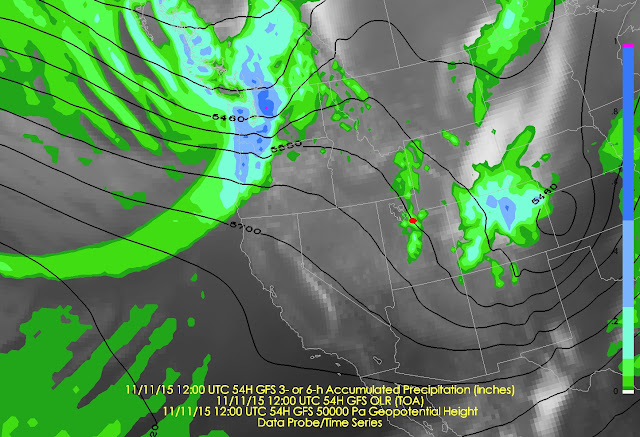 The latest NAM time-height section just came in and you can see the moist, northwesterly flow from about 3Z Wednesday (8 PM MST Tuesday) through Wednesday morning.

This is a pattern where lake effect is also possible, although anticipating amounts and locations is pretty much impossible at this time.

I see a wide range of possibilities for the Cottonwoods for tomorrow night given the fickle nature of these post-frontal periods.  Probably the heart of the range of possibilities is something in the 3-6 inch range tomorrow night, but I've seen situations where patterns like this have produced more, and I've seen situations where they've produced less.  Keep your fingers crossed.
By Jim S Posted at 11/09/2015 08:15:00 AM