A remarkably strong Intermountain cold front developed rapidly over Nevada today.  Check out in the loop below how the lines of constant temperature (called isotherms by meteorologists) at 850 mb (about 1500 m in elevation - near valley level) become highly concentrated over eastern Nevada.

If zoom in and add surface observations, we can see a temperature drop from 79ºF just west of the Great Salt Lake to 39ºF in Elko.  Unbelievable given that there was very little temperature contrast upstream over western Nevada and northern California.

This is a classic example of what I call Intermountain frontogenesis.  Frontogenesis means the birth or intensification of a front.  These fronts tend to develop or intensify over western Nevada as that where confluence between southwesterly flow that wraps round the southern "high Sierra" meets westerly flow that moves across the lower northern Sierra and southern Cascades.  The boundary between these airstreams tends to remain fixed while colder air approaches from the west.  If you add what we have today - a dry slot just ahead of the front and precipitation to cool the airmass behind it (see above), you get rapid frontal sharpening along the airstream boundary and a whopper of a front.

It's going to be interesting to see this front move across northern Utah.  Wendover had a wind gust of just over 60 mph shortly after frontal passage.

Given the tendency for winds to increase over the very smooth salt flats, we could see gusts along I-80 near 80 mph.  I've been watching the UDOT traffic cameras out on the salt flats and noticed that there are still some semi drivers tempting fate.  A couple of those might just get toppled.  There's also plenty of blowing dust out there.  The Oquirrhs are nearly fully obscured now from my office. 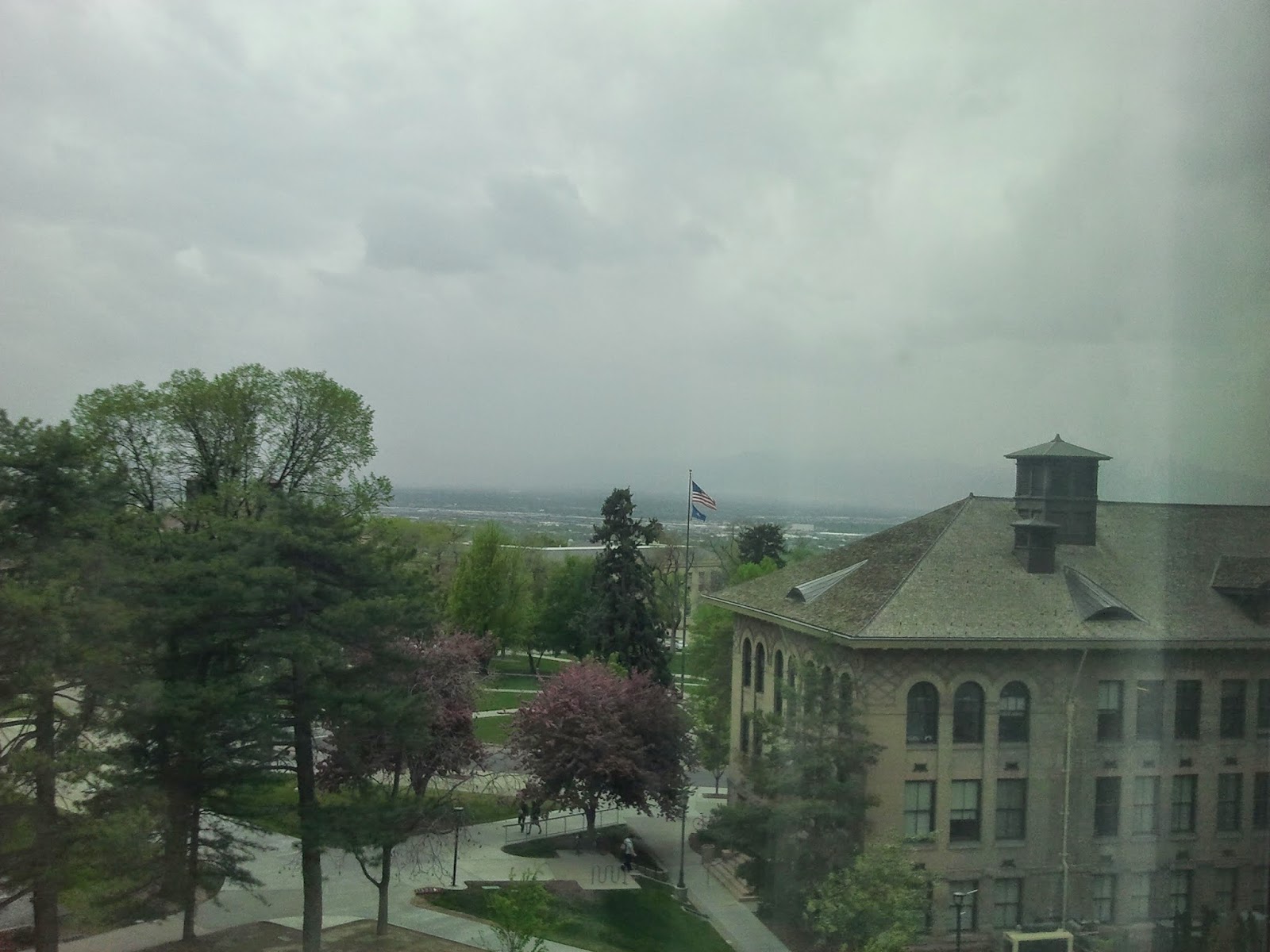