The atmosphere is transitioning into outlier mode this week with the development of a remarkably high amplitude wave pattern at upper levels.  The impacts of this anomalous pattern are already being felt in the western United States.

The loop below shows the development of the high amplitude pattern over the past couple of days.  Note the amplifying upper-level ridge along the US West coast (black 500-mb height contours) and the strong high pressure system forming at the surface and eventually centered near the ID–MT boarder (color sea level pressure contours).

This pattern is already having a major impact on southern California with the resulting pressure gradient driving strong Santa Anna winds. 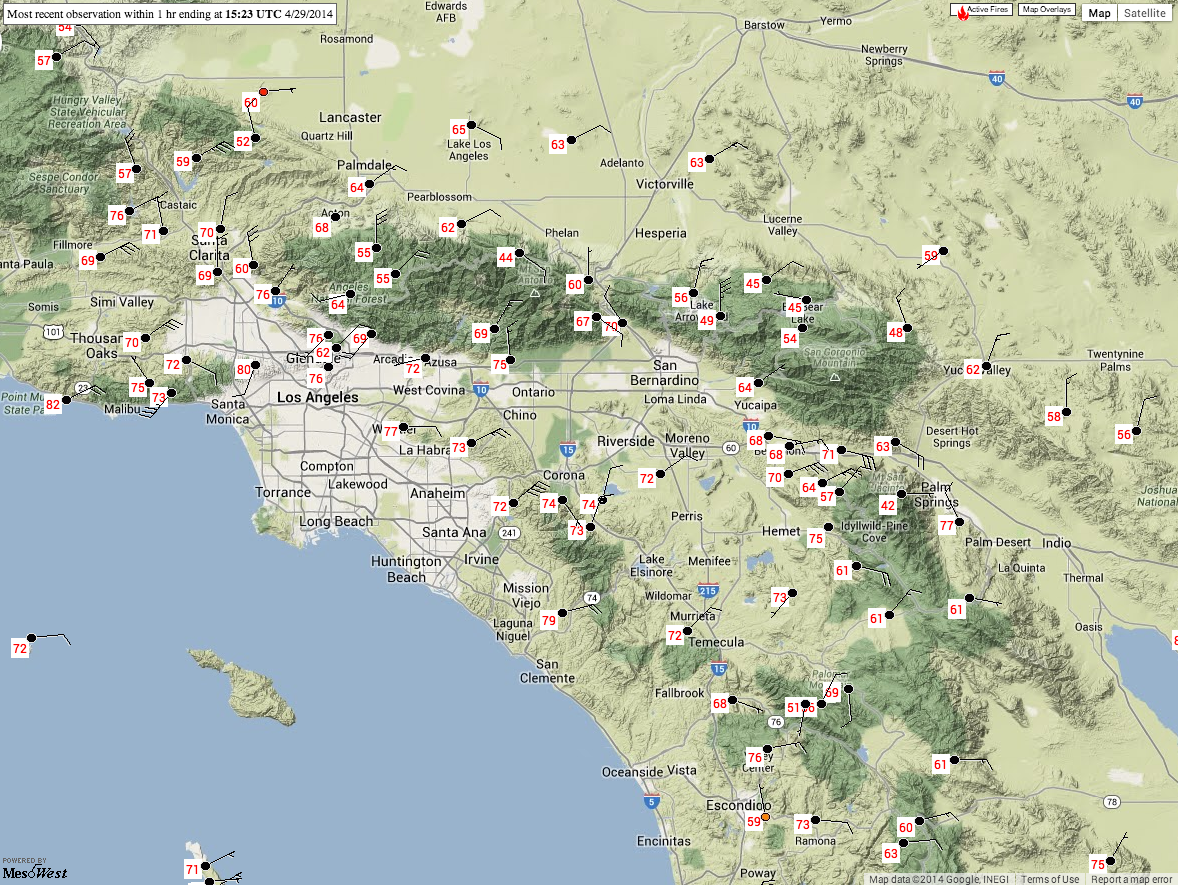 The strongest winds I've been able to find thus far are at Sill Hill at 3556 ft east of San Diego with a peak gust of just over 80 mph. 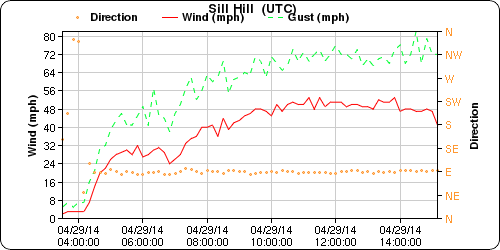 Given the drought conditions present over California, let's hope that they escape this event without any fires.

The ridge is expected to amplify through tomorrow afternoon [1800 MDT 30 Apr (0000 UTC 1 May)], with the overall pattern forming an omega-block like pattern over the eastern Pacific and North America (note the omega shape below).  The strength of the ridge over the Pacific Northwest and southwest Canada is quite unusual for this time of year with 500-mb heights of this magnitude unobserved over the past 30 years during the 3-week period from 20 April to 11 May. 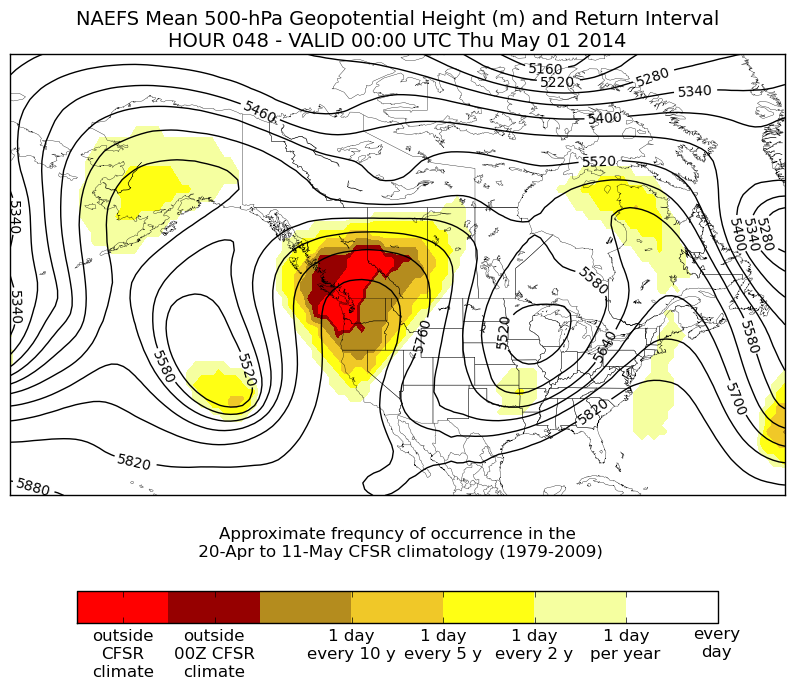 This will result in unusually warm spring weather for the Pacific Northwest (more on this "heat wave" at the Cliff Mass blog).  In fact, maximum temperatures in the lowlands west of the Cascades will approach or exceed 80 at many locations.  How about these forecasts from the National Weather Service for Portland and Seattle (I've truncated the stuff past Thursday).

The ridge axis will eventually move over Utah (in somewhat weakened form), so we will see temperatures on the rise throughout the rest of the week.
By Jim S Posted at 4/29/2014 09:40:00 AM