The Warm and then the Storm

Last night was remarkably warm with a minimum temperature of 63ºF at the Salt Lake Airport occurring at about 11 PM.  That's the average high for today. Given that we will be cooler than that this evening, it won't stand as the official minimum for the calendar day.

This morning's sounding shows a surface temperature of 68ºF and about the weakest nocturnal stable layer possible.  Conditions above that stable layer are what meteorologists call "well mixed" to about 500 mb.  As soon as we mix out that shallow stable layer, we're going to see wind gusts picking up in strength.

Expect a warm, windy day today in advance of an Intermountain cold front that will be intensifying as it approaches northern Utah.  The NAM forecast below shows the front moving into northwest Utah at 3 PM, near ideal timing for maximum frontal intensity. 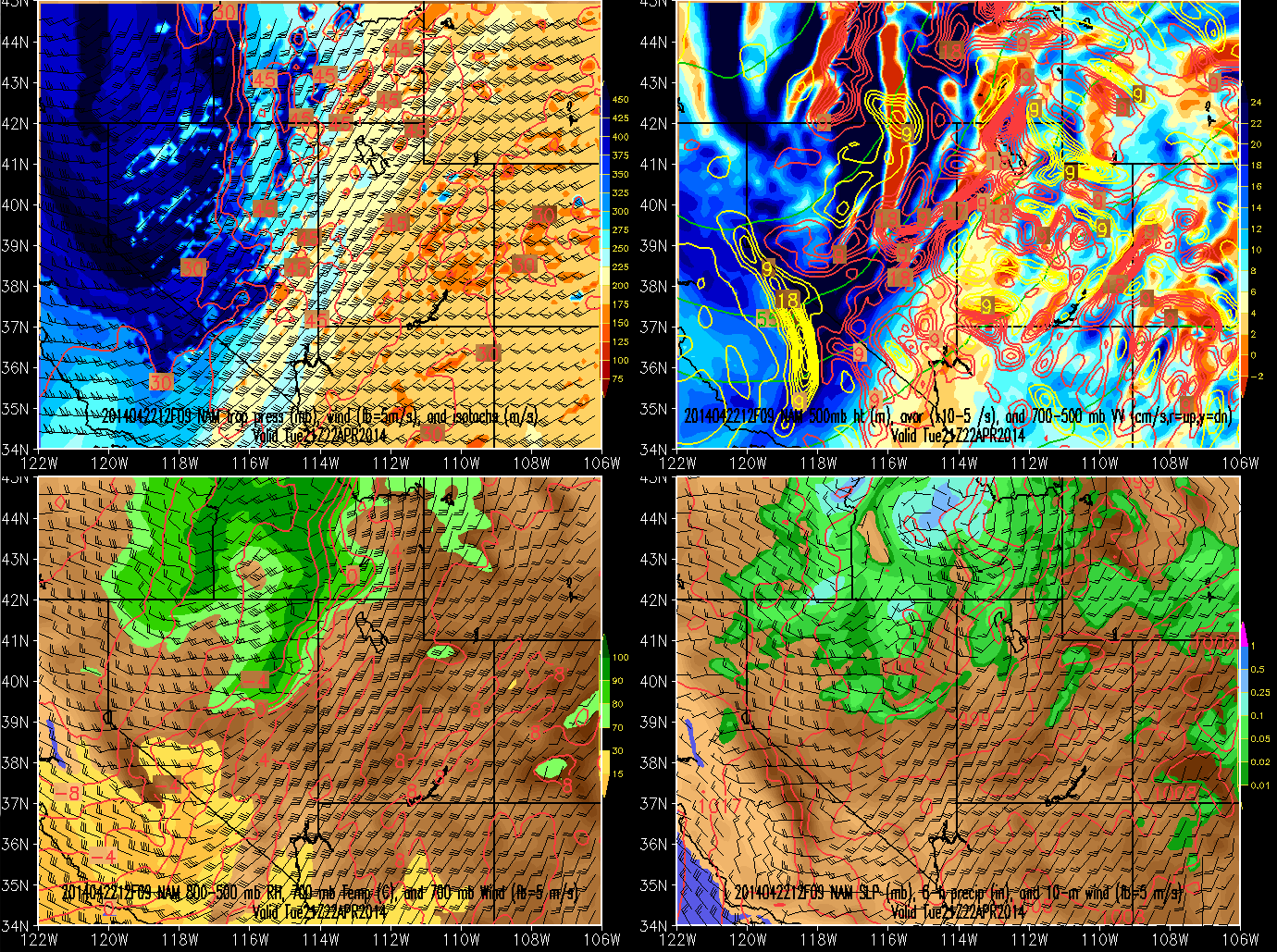 Winds both ahead of and immediately behind the front should be quite strong.  The NWS is calling for gusts in excess of 60 mph across much of the western half of the state, including the Wasatch Front.  It will be interesting to see how much dust this kicks up and whether or not we get into a plume.

After a high in the early afternoon today near 75ºF, the bottom falls out with and following the cold frontal passage.  NAM 700-mb temperatures drop from about +6ºC at noon to -7ºC by midnight, and then even a bit colder. If the forecast below verifies, we will see flakes on the benches with a coating possible on cold surfaces and the grass by morning.  Ah, spring! 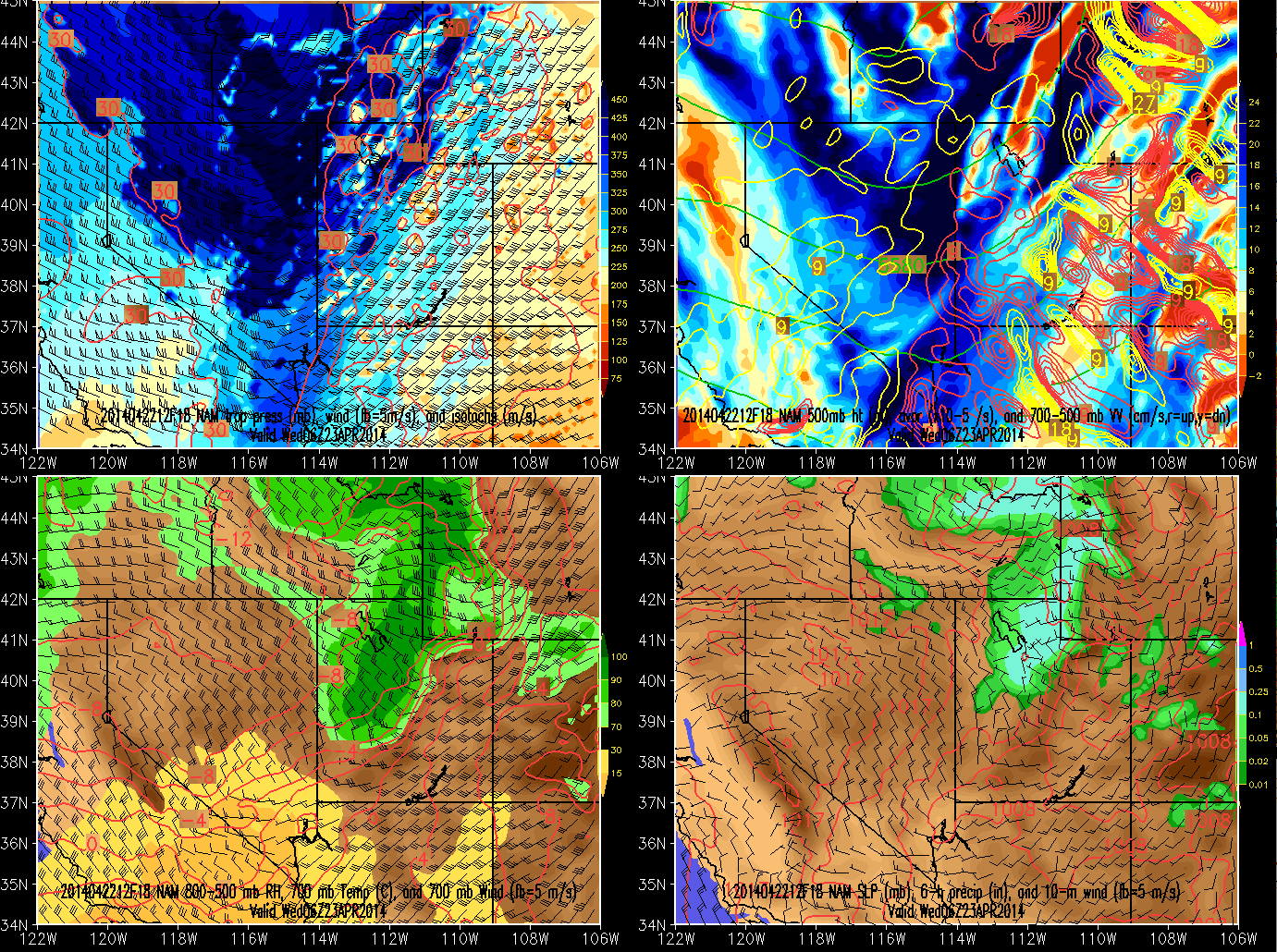 Yesterday, the GFS was quite a bit warmer than the NAM following frontal passage, but appears to have shifted toward the colder NAM solution.  No complaints here as I like my cold fronts to be as strong as possible.
By Jim S Posted at 4/22/2014 08:44:00 AM