Another Spring Storm, But With Greater Uncertainty

Another spring storm will impact the Salt Lake Valley on Friday and Saturday, but unlike the one we "enjoyed" on Tuesday and Tuesday night, I'm less certain how this one will play out.

The Tuesday/Tuesday night storm featured an upper-level trough preceded by flow from the south-southwest to southwest (lower left panel below).  The interaction of that flow with the high Sierra results in a trough that extends from the Sierra to northeast Nevada, well to the west of Salt Lake City and environs (lower right).

As a result, we could be confident that we would be in the strong southerly flow ahead of the storm on Tuesday and that there would be a good chance that we'd see blowing dust, as noted prior to the event on Monday.  In addition, the upper-level trough was moving quickly to the east, so that precipitation would wind down fairly quickly after the cooler air moved into northern Utah.

In contrast, the storm for for Friday and Saturday features a broader upper-level trough preceded by flow from the west-southwest (lower left below).  That subtle change in wind direction is significant because the west-southwest flow generates a surface trough that extends downstream from the Sierra into northwest Utah (lower right).

As a result, the trough and associated surface front will be developing right over northwest Utah tomorrow.  Some of the issues at play for anticipating the weather tomorrow are suggested by the latest NAM forecast for 6 am, noon and 6 pm MDT (1200, 1800, and 0000 UTC) tomorrow, shown successively below.  Northern Utah and the Salt Lake Valley sit near a somewhat disorganized surface trough in the morning that intensifies during the day.  Note that Salt Lake City is very near the transition to southwesterly flow to this period.  A slight shift of the trough position to the north or south will have a big impact on the weather we see tomorrow.

The GFS has a slightly different solution, perhaps because it is smoother, putting the trough just north of Salt Lake at noon before pushing it through during the afternoon. 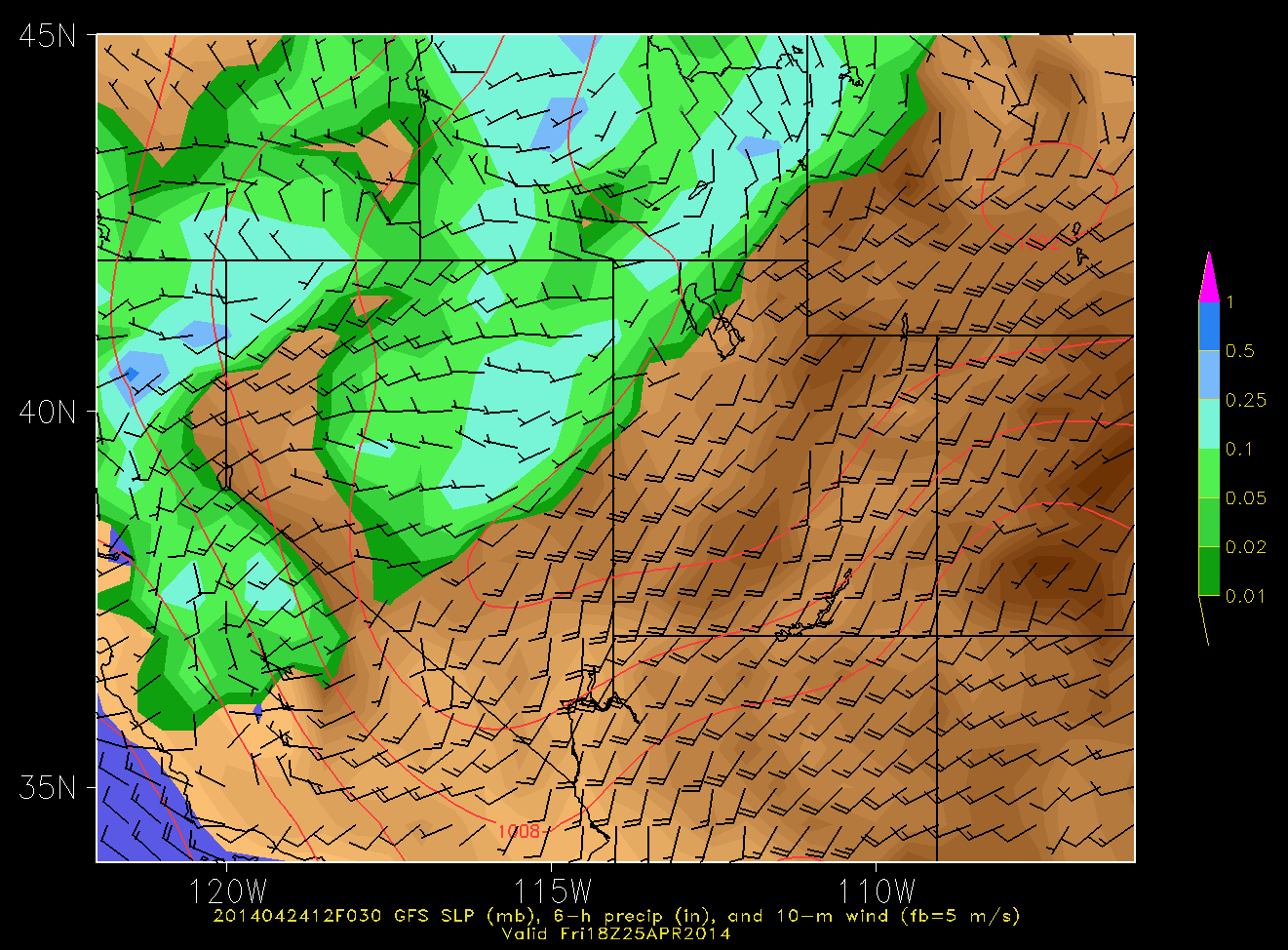 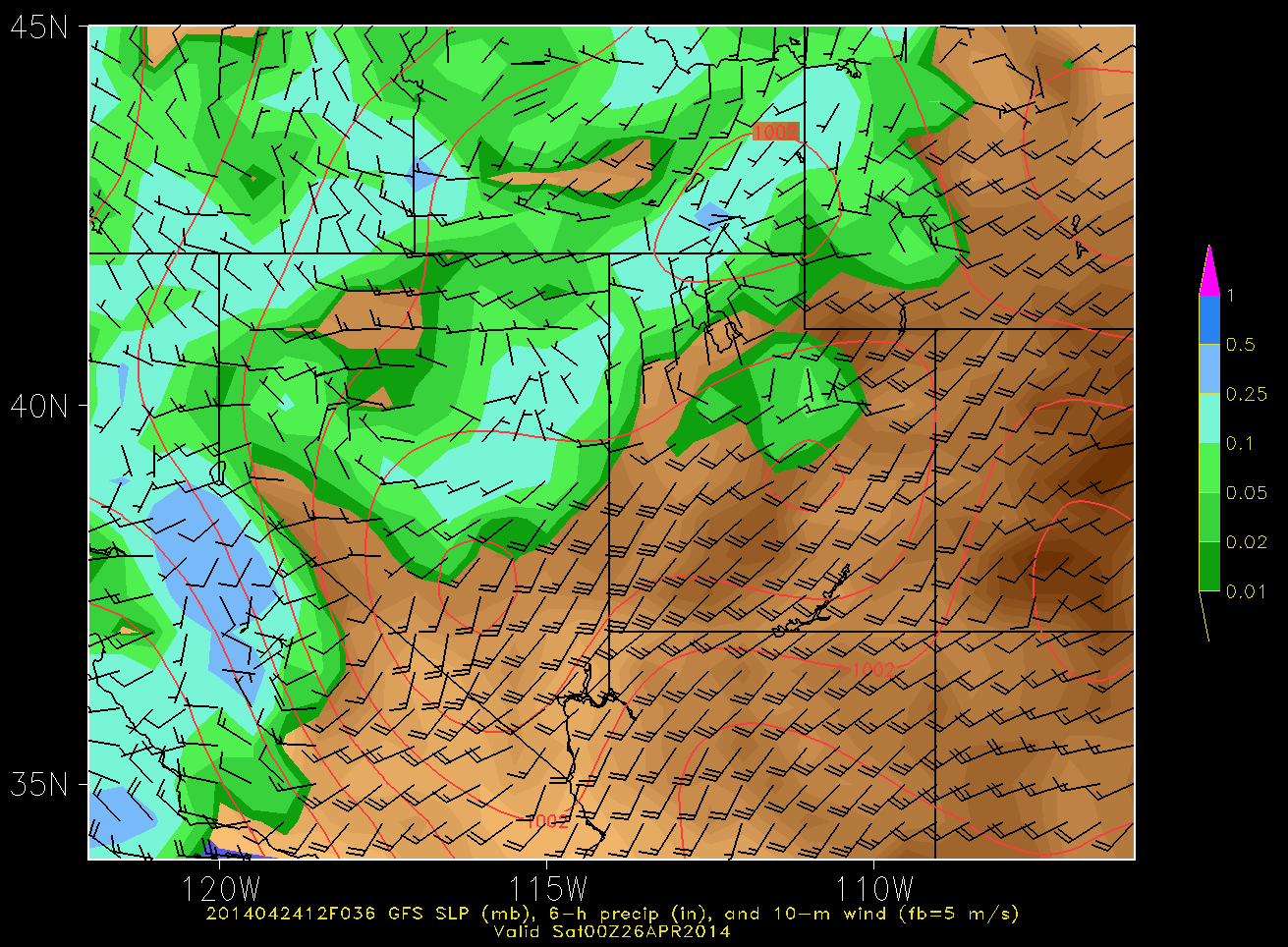 It will be interesting to see how this plays out tomorrow.

In addition, the upper-level trough amplifies and slows down over our area, so there is greater potential (emphasis on potential) for periods of precipitation Friday night and Saturday.  The models are all over the place on this one with variations in the coverage and intensity of precipitation reflecting the complex nature of the event and the fickle nature of spring showers.  To illustrate this, I'm simply going to show a graph showing the forecast three-hour precipitation accumulations from the 22 members of the NCEP Short Range Ensemble Forecast system (SREF).  Note that the forecasts are best summarized with the phrase "all over the place" with contrasts in both the timing and intensity of precipitation.