Last week we experienced a couple of dust events that are going to have a significant impact on the melt of our snowpack this spring.

The first occurred late Tuesday when strong south winds produced a plume that extended from the Sevier Lake Bed to the Salt Lake Valley.
Dust in the eastern Salt Lake Valley and Wasatch Mountains was thickest just ahead of, during, and immediately following the cold frontal passage.  The post frontal dust may have originated to the west.  In any event, the visibility at the Salt Lake airport dropped to 1/4 mile and PM2.5 concentrations reached 149 ug/m3, higher than achieved during wintertime inversions the past two years.  Nasty stuff.  The dust was followed by a relatively small storm on Tuesday night, but with a bit of wind to blow the snow around, plenty of dust-covered chocolate snow remained unburied at Alta on Wednesday.

Then we had a weaker dust event on Friday.  One could see the degraded visibility in the afternoon before the precipitation picked up.

The weak Friday event was followed by a more substantial storm Friday night though Saturday night, with more than an inch of SWE at Alta Collins. 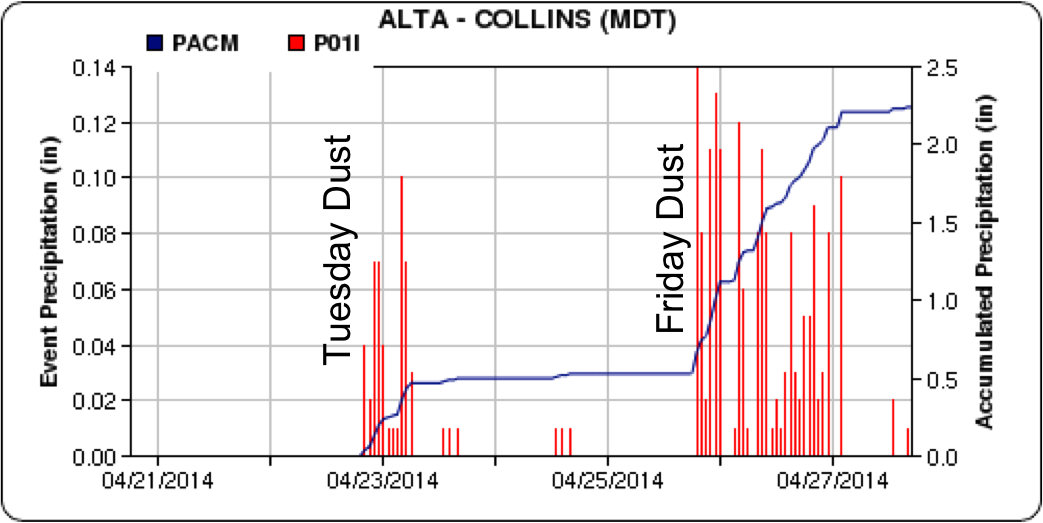 As a result, the dust layers formed by the Tuesday and Friday events are buried, but one needs only whip out the snow shovel to find them lurking 8 inches below the surface. 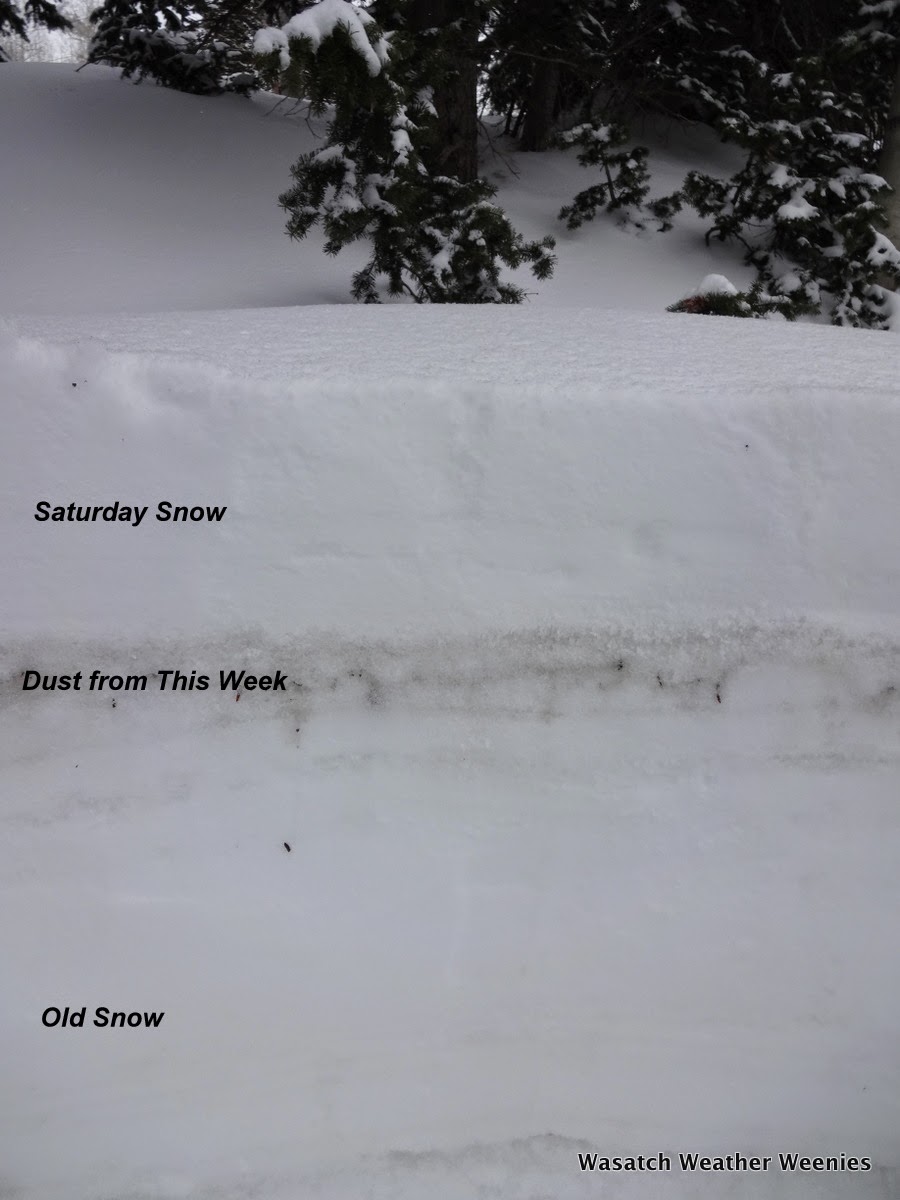 What will happen as the snow starts to melt is it will percolate through the snowpack, passing through the dust layer.  Eventually, the dust will reach and remain on the snow surface, forming snirt (part snow, part dirt). Dust is darker than snow and, as a result, it absorbs more energy from the sun than pristine snow.  This leads to a more rapid snowmelt and an earlier loss of snowcover in the spring or early summer (depending on elevation).  The bottom line is that dust is a "Korn Killer."  Spring skiing would be better without it.
By Jim S Posted at 4/27/2014 06:28:00 PM