The Deception of City Creek Canyon

City Creek Canyon has to be one of the most remarkably accessible and spectacular canyons in the United States.  It's mouth is just a couple of hundred yards (if that) from downtown Salt Lake City, with the upper basin reaching altitudes of over 9000 feet.  It is also an important source of water for Salt Lake City.

Looking up the canyon from the Avenues foothills this afternoon makes you wonder where all that water comes from.  It was a poor snow season in the lower elevations and, remarkably, there's already very little snow visible in the canyon. 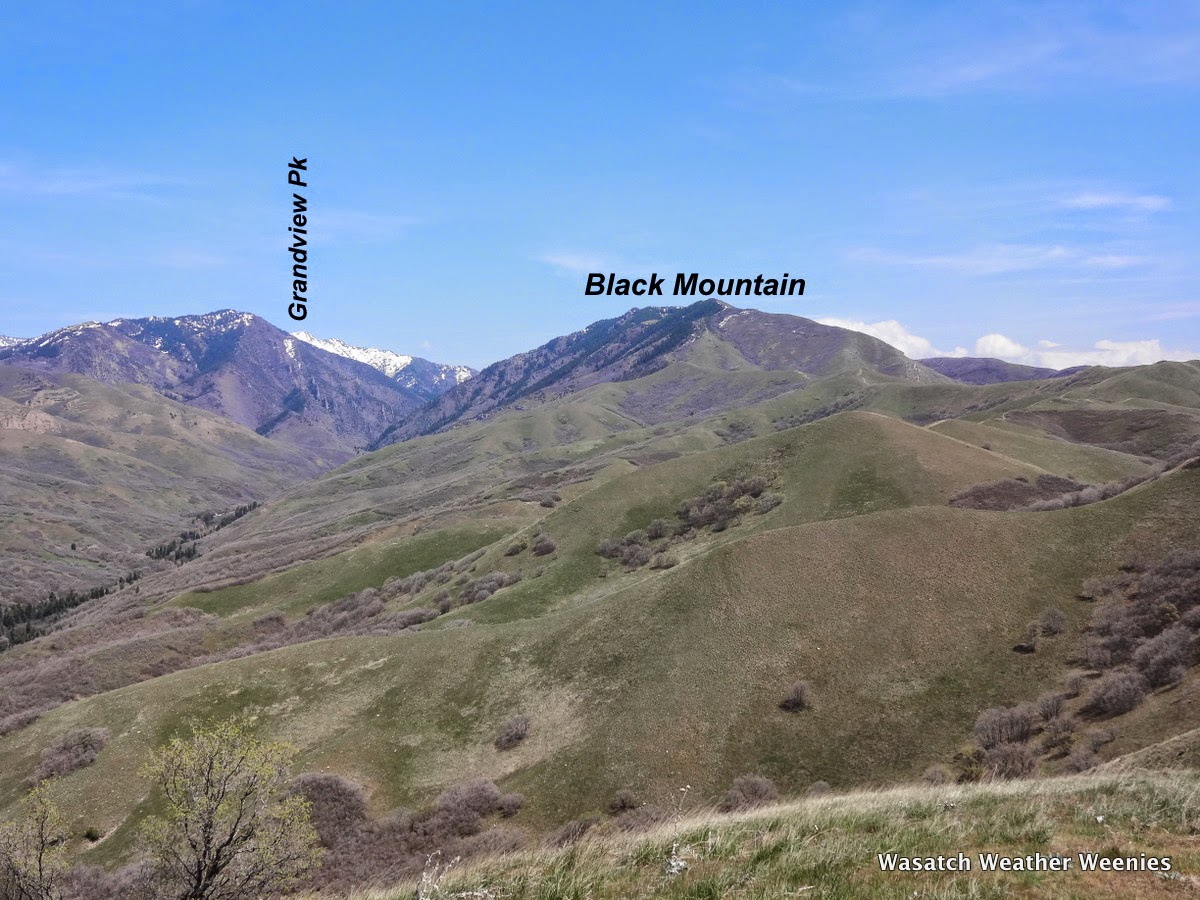 Indeed, the Louis Meadow SNOTEL at 6700 ft in City Creek Canyon bottomed out and went snow free today.  However, City Creek is a very deceptive canyon.  It is very hard to see City Creek's upper basin (purple area below) between Grandview Peak (also pictured above) and Lookout Peak (blocked in the photo above by Black Mountain) from either downtown Salt Lake City or the Avenues foothills (approx location and view of photo indicated by triangle). If one looks at the Lookout Peak Snotel, just east of City Creek's upper basin at at an elevation of 8200 feet, one finds that the snowpack actually peaked a bit above average and is currently near average for this date.  A hint of this can be seen in the photo where you can just see some of the snow on Grandview.  Altitude makes a big difference this year.

Given the pathetic low-elevation snowpack, the total runoff volume in City Creek will probably be below average this year, but the high elevation snowpack should keep some natural flow going through the spring.
By Jim S Posted at 4/20/2014 03:37:00 PM