Yesterday afternoon, a remarkable precipitation band developed on the radar and extended from the western shore of the Great Salt Lake into the central Wasatch Mountains. 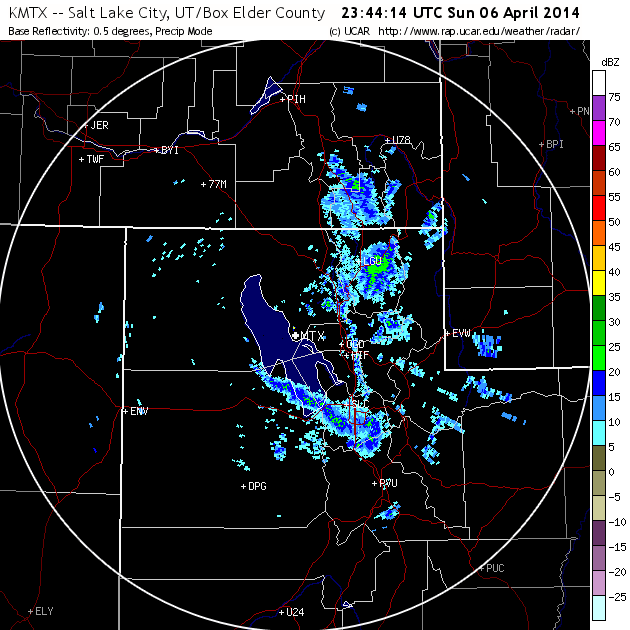 Alta-Collins did get some snow yesterday afternoon, but not from this band.  For some reason, I thought the band was fishy from the moment I saw it.  It was a very unusual orientation for a lake band, it appeared to initiate upstream of the lake, and it was "raging" in the late afternoon during spring, which is very unusual (daytime surface heating typically disrupts the circulations that organize lake bands).

So, I took a quick look at the visible satellite imagery and found...nothing band like! 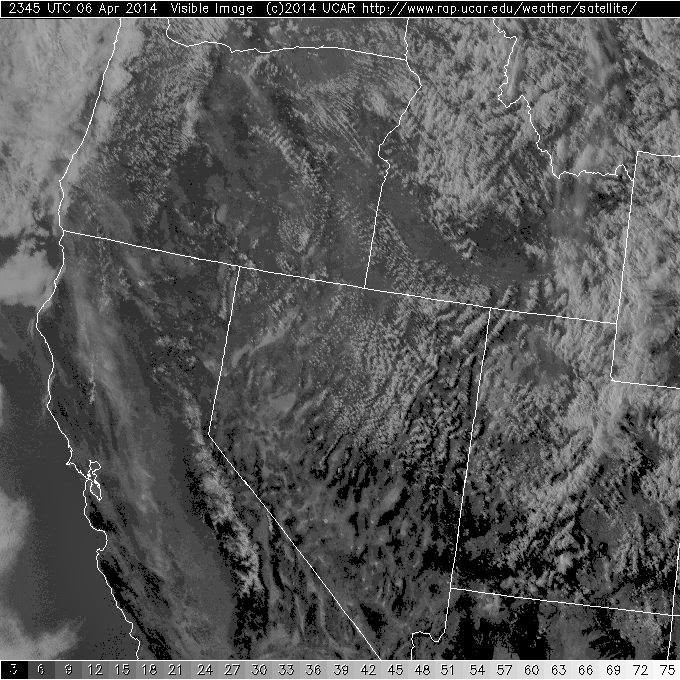 Thus, the band was produced by what meteorologists call non-meteorological scatterers rather than precipitation.  Often the non-meteorological scatterers that produce features that look-like lake-effect bands are birds (typically eared grebes), but in this instance, the tendency for the band to spread in the downstream direction (the flow was from the WNW) suggests to me that it's chaff.  Chaff is countermeasure used by the military to confuse radars and it often generates bands that look an awful lot like precipitation bands.

Finally had a chance to generate a visible satellite loop showing an absence of a banded cloud feature in the area of interest.

Email ThisBlogThis!Share to TwitterShare to FacebookShare to Pinterest
Labels: Radar