Although the western U.S. has been dominated by a ridge this winter, the eastern U.S. has seen the opposite end of the spectrum and has experienced a series of cold surges that have made it feel at times like a "real winter."  This has been great for our lake-effect project, OWLeS, as we have had plenty of storms to sample.

Today, however, our students on the Tug Hill Plateau woke up to temperatures of -21ºF.  They then had a little fun to see if throwing boiling water into air this cold can produce a cloud of supercooled liquid water droplets and ice crystals (WARNING: This can be a hazardous activity that can yield burns if you toss too much water, don't toss it properly away from you, or throw it on spectators). 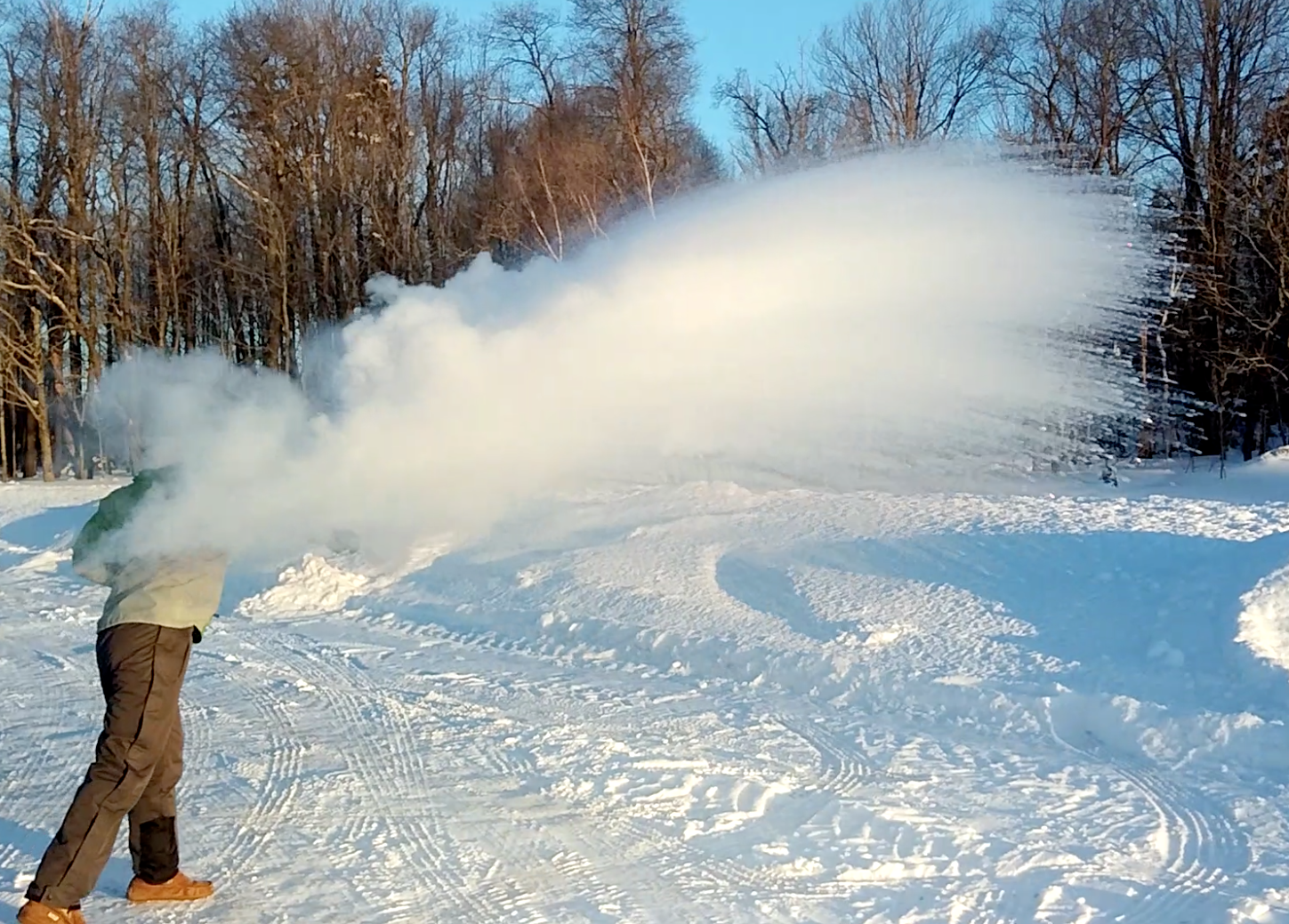 With such cold air in the east, I've heard a number of entirely unscientific comments about this finally being the end of global warming, which of course gave Jon Stewart plenty of material earlier this month.

The problem with these comments, to put it mathematically, is that weather ≠ climate.  Weather fluctuations are such that while one region of the world is relatively cold, another region is typically warm.  The image below shows an analysis of surface temperature (top) and the departure of surface temperature from climatology (bottom) on Jan 22nd.  You can see that most of the eastern U.S. and Canada observed below average temperatures, as did portions of Europe and northern Asia.

On the other hand, there are areas that observe above average temperatures, such as interior western Asia, Alaska, the western U.S., and the North Atlantic region.

This is why it is essential to take a global and long-term perspective.  For example, data from NCDC shows that 2013 was the fourth warmest year in the instrumented record (i.e., since 1880).  Thus, it is pretty easy to show that there has been no return to the climate of your grandparents.

However, for younger Utahns, 2013 was a remarkably cool year.  It was the first year since 1993 that the statewide average temperature was below the 20th century average (by 0.2ºF).

Of course, the year was marked by great variability, with well below average temperatures in January and above average temperatures for much of the summer.  It is easy to cherry pick the weather in a given period or area, but a global, long-term analysis shows that rumors of global warming's demise are greatly exaggerated.
By Jim S Posted at 1/24/2014 09:53:00 AM