Today we have been examining lake-effect snowfall in the area around Syracuse and the Finger Lakes. Since my team concentrates primarily on the Tug Hill Plateau, we essentially had a day off and opted to drive to the Penn Yan airport to check out the University of Wyoming King Air research aircraft before its scheduled noon departure. 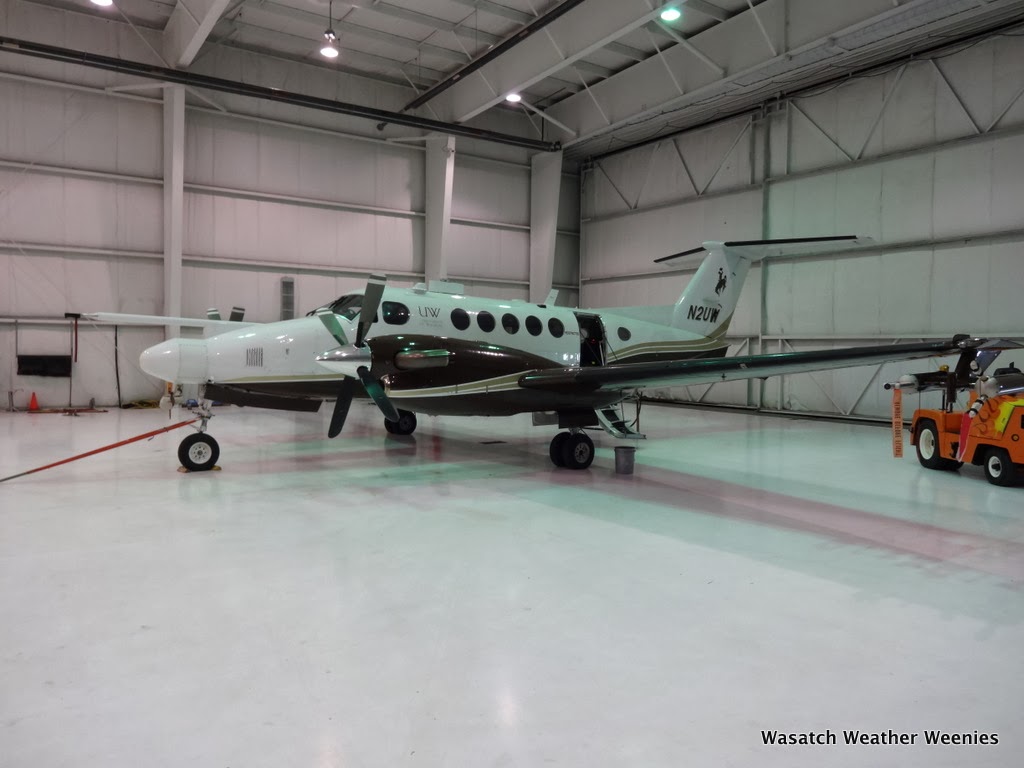 The King Air is a really cool instrument for studying lake-effect and other storms.  It has a number of "probes" that sample small particles in clouds and help us to understand the small "microphysical" processes that contribute to snow formation. 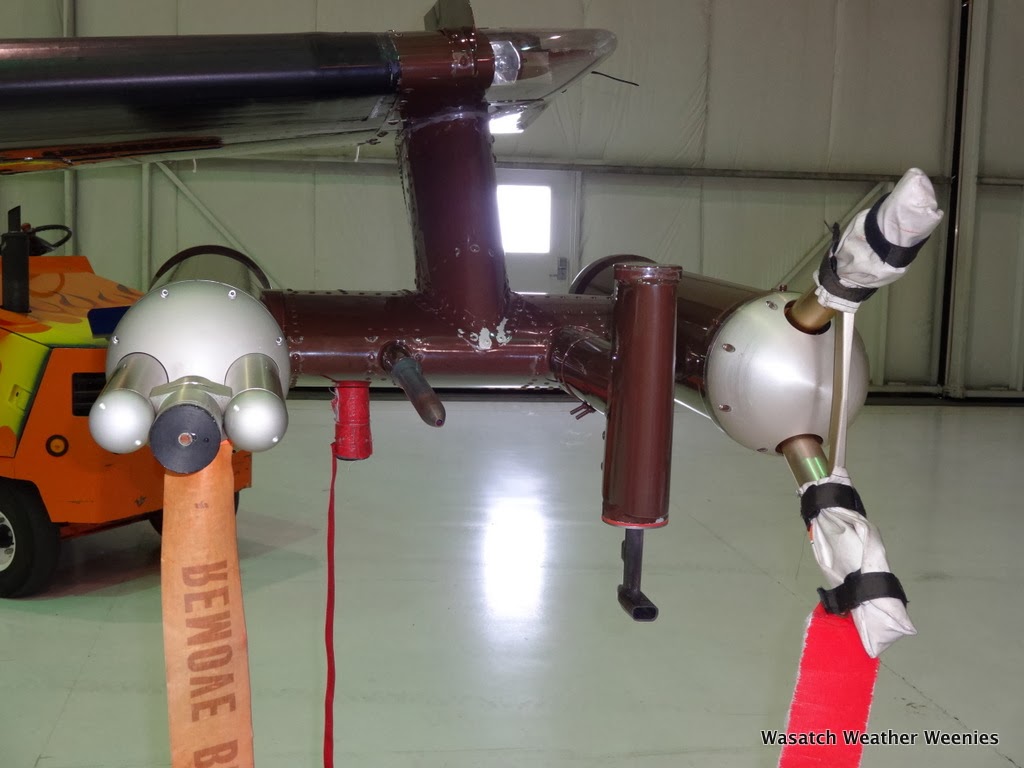 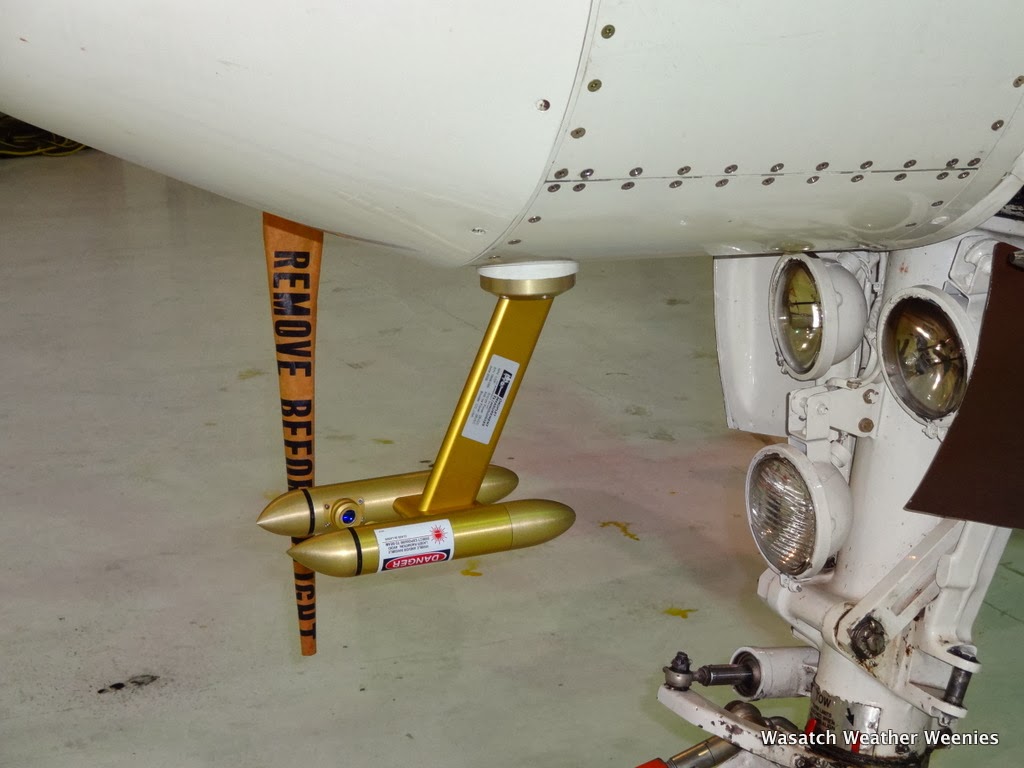 The inside is more cramped than Delta economy class.  The main reason for this is that most of the cabin is taken up by electronics, computers, and instruments. 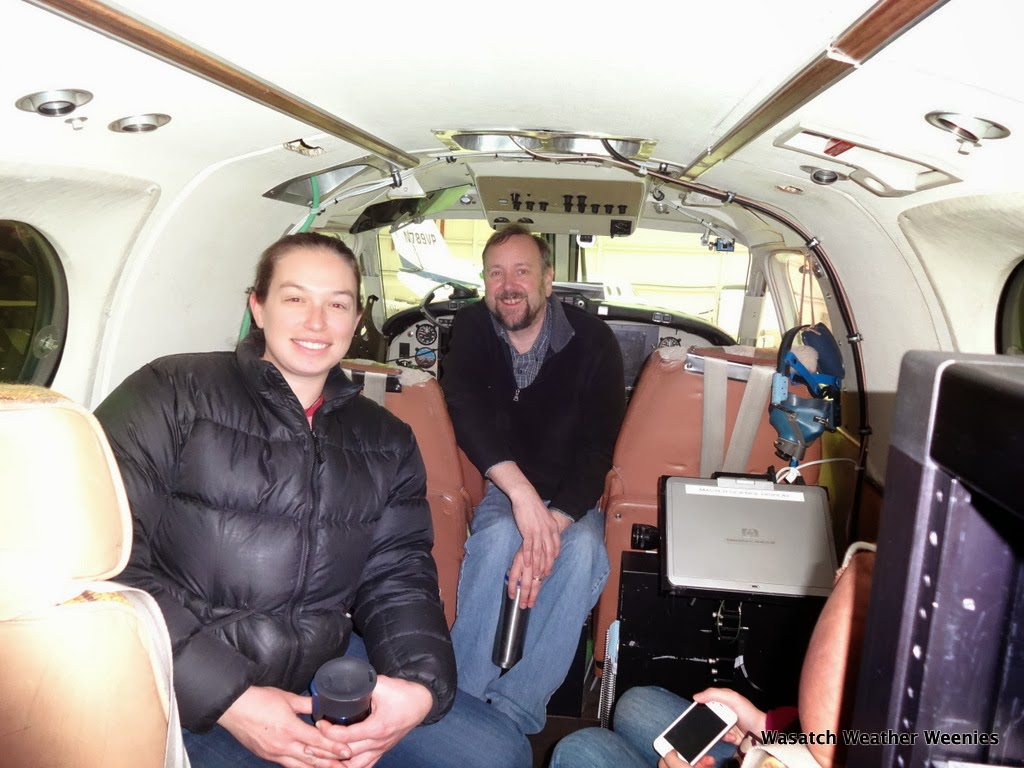 We are hoping to examine snow on the Tug Hill Plateau tomorrow afternoon and evening.  As we drove home this evening, it snowed harder and harder as we ascended the plateau. 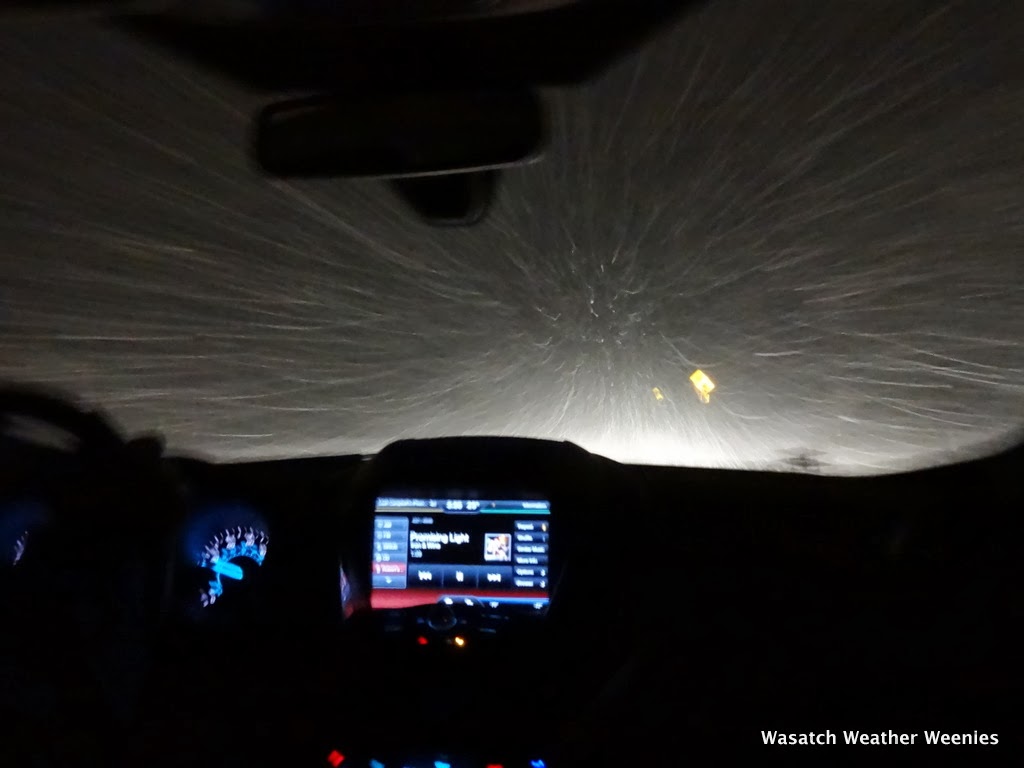