We had a brief period this morning for R&R and enjoyed some skiing at the Osceola Tug Hill Cross Country Center where conditions are about as good as they can get for classical skiing. 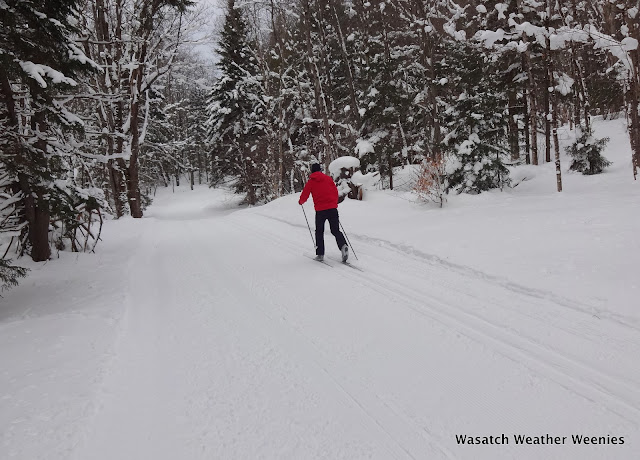 Being that we are also in the snowmobile capitol of the east, we saw plenty of sleds, although nowhere near as many as you might see on a big day. 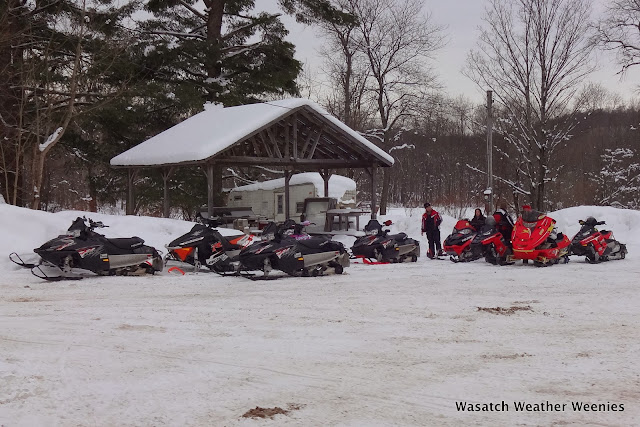 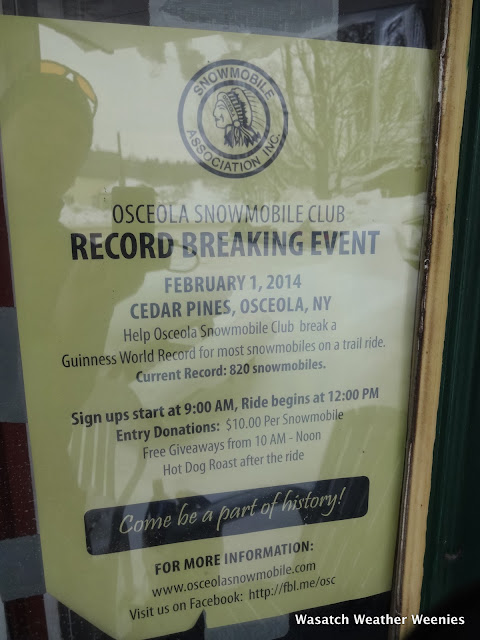 Getting back to business.  Today is a day of both excitement and apprehension.  The National Weather Service forecast is for a pounding to hit the Tug beginning tomorrow afternoon.  Here's a snippet from their discussion:

Yeah, 5–6 feet for the Tug.  I often comment that for field programs that examine snow, you are better off with lots of "Goldilocks Storms."  Goldilocks storms aren't to small or too big, but just right.  Small storms stink because they aren't all that interesting.  Big storms are exciting, but logistical challenges limit what you can accomplish scientifically.  Travel is difficult, equipment gets buried, etc.  We currently have 24-30 inches of snow on the ground.  Five feet will be pushing the snow right up to some of our instruments. 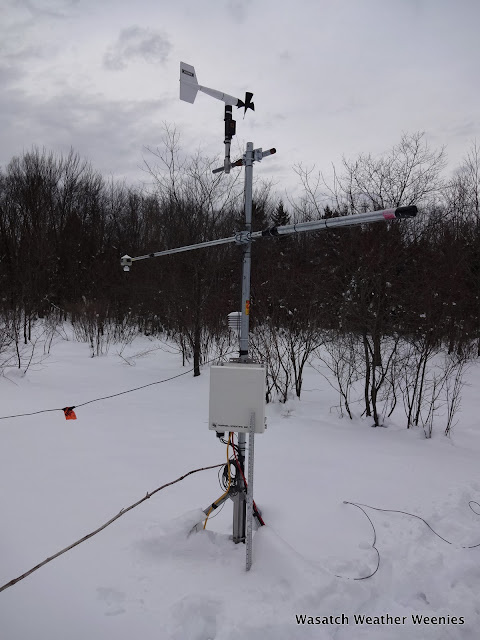 We are somewhat prepared for such a contingency and can add an additional pole to this tripod, but have decided that everything is working fine at the moment and that we'd rather not move things in haste.  Plus, we are likely going to target the early part of the storm (i.e., Monday night and Tuesday) for our scientific endeavors and then go to bed, so if stuff gets buried thereafter, we'll just take some photos to tell some good stories at future science meetings.
By Jim S Posted at 1/05/2014 02:10:00 PM