When we arrived in Munich last Wednesday, we learned that our two duffel bags made it, but our two ski bags had been "expedited" by Delta to Amsterdam.  Wonderbar!

It is now Sunday and we still do not have our ski bags.  Typically when I fly for a ski vacation, I carry on enough clothes and ski paraphernalia, including my boots, to rent a pair of demo boards and ski if my bags are lost.

In this case, however, since we have other responsibilities, that wasn't possible.  We had other items we needed to take on the plane.  While we were smart enough to bring some winter clothes, we couldn't bring it all and certainly not enough to ski.

As such, we've been stuck in Purgatory.

This wasn't an issue for a couple of days.  We weren't planning on skiing right after we arrived as we needed to get "established" for the long haul in Innsbruck.  We kept ourselves busy getting settled in, meeting with colleagues at the University, etc.

But yesterday (Saturday), when the whereabouts of the bags were still unknown, we decided we needed to do something.  We spent a couple of hours walking through the ski shops in town and trying to figure out how costly it would be to buy enough clothes and goggles to get us to the point we could ski if we rented.  We didn't need everything.  Andrea was able to borrow some clothes from a friend in town.  However, the cost was still prohibitive and probably larger than we could hope to get reimbursed for from Delta.  What to do?

We went to a cafe and had a drink.  Then went back to take the plunge.  As I was trying on some clothes for sizing, Andrea got a notice that the bags had been found.  Hooray!

We decided to wait on buying anything.  Even if we could get fully reimbursed from Delta (who vaguely says we are entitled to around $50 a day if we keep it reasonable, but we would be well above that if we bought what we needed), we don't know how we would get those clothes back to the states later.  So today we are working and hoping that the bags are delivered soon.  We may walk up to the Nordkettebahn and take a ride to enjoy the views.

In other news, we were able to purchase freizeittickets, which are recreational passes that cover 28 Tirolian ski areas and other facilities.  I was able to swim at the nearby pool using it yesterday rather than paying 7 euro.  In addition to skiing, it will cover lift rides for hiking in the spring, entries to some of the museums, etc. Each costs only 531 euro (they would have been 488 in October, but we couldn't buy them then since we didn't yet have a local address).   Perhaps more non-ski recreation options will be integrated into the Ikon or Epic passes in the future.

Finally, it is quite remarkable what you can find in the grocery stores here now.  How about pale ales and IPAs?  Yup.  You never would have seen those in Innsbruck a few years ago.  Even Ben and Jerry's Ice Cream! 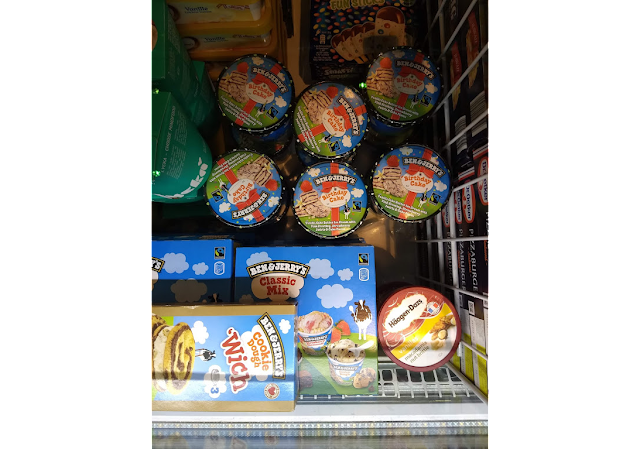