Spend some time in a deep mountain valley and chances are you will see quite a few clouds during the morning and/or afternoon that form along the mountain slope.  Such clouds are very common in the Inn Valley of Austria this time of year when the humidity in the valley is relatively high, but the skies are partly or mostly cloudy.  I spied such a cloud this morning as I skinned up the Patscherkofel for my morning workout. 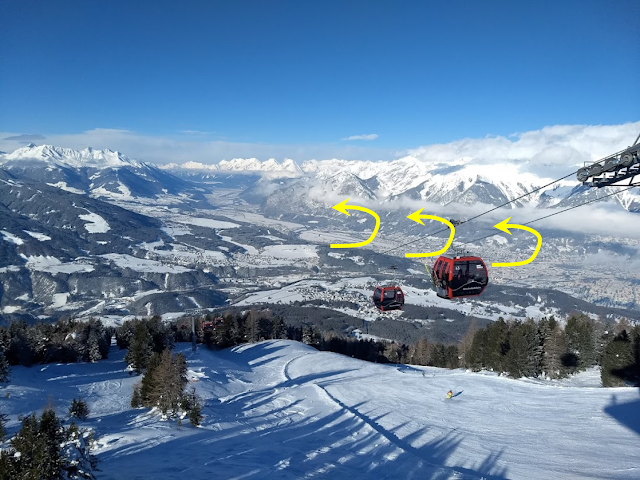 The Inn Valley runs east-west through the northern Alps near Innsbruck, which means the south facing slopes of the Nordkette are strongly heated by the sun.  In contrast, with the sun relatively low in the sky this time of year, the north facing slopes on the south side of the Inn Valley are in the shade or receive weak solar heating.  As a result, a strong upslope flow develops along the slopes of the Nordkette and, in some cases, there can be a low level, thermally driven flow that cuts across the valley from south to north (note that this flow is relatively weak compared to the predominant along-valley flow, so it can be hard to see unless you know to look).

Cooling in the upslope flow as it ascends can lead to a mid slope cloud band, as illustrated above.  If there is an inversion or stable layer, it can limit the depth of the upslope flow, which then returns to over the valley.  This is what I've sketched above, based on an educational guess and the fact that the photo was taken in the morning when a valley cold pool may have been present and capped by an inversion or stable layer.

Depending on the conditions, such clouds can persist or burn off.  Mechanisms for doing this include large-scale subsidence (sinking motion) and warming of the valley atmosphere destroying the cold pool and enabling mixing with drier air aloft.

Due to the drier conditions in Utah, such clouds are less common in the Wasatch Range, but they can be spotted from time to time.  Here's an example of one in Little Cottonwood Canyon. 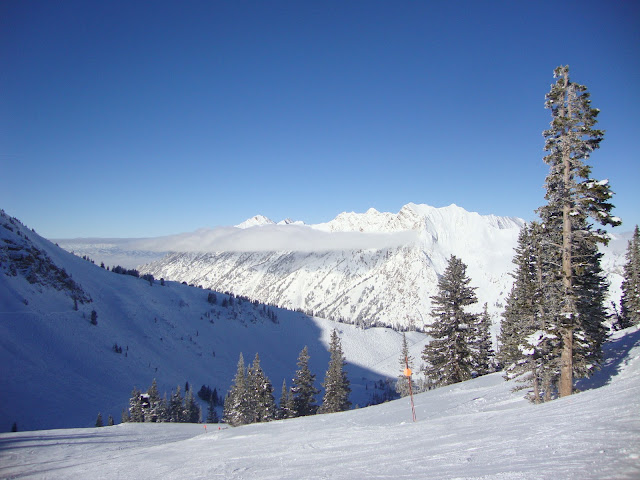