It is worth a look at the intricacies of our current inversion event in which the inversion has lifted some, which brings with it some good news for valley residents and some bad news for bench residents.

Note how in the morning sounding below, temperatures decrease from about 0ºC at the surface to -5.3˚C at 6400 ft (810 mb) where the inversion is based.

As a result, instead of pollutants being trapped in a very shallow layer close to the valley floor, they are actually mixing through a depth of about 2000 feet.  This means lower pollution concentrations on the valley floor.  Note, for example, how much lower PM2.5 concentrations are today compared to the previous day at Hawthorne Elementary (it's possible there was some flushing in of cleaner air in easterly flow too, but I suspect the raising of the inversion was also a contributor)

On the other hand, the deeper pollution layer means higher pollutant levels on the upper benches (compared to shallower events) and in some areas such as the lower canyons.  The photo below, taken looking north from upper Mill Creek Canyon, shows low clouds tonguing up Parleys Canyon, and with it air pollution.  Skate skiers at Mountain Dell, for example, are probably seeing moderate air quality levels this afternoon.  That might also be true in lower Mill Creek Canyon. 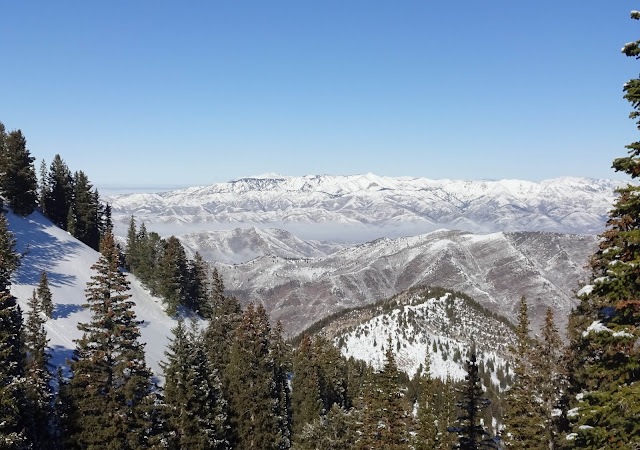 The Snowbird Prism Cam also shows the sea of stratus over the Salt Lake Valley, with a tongue pushing up Little Cottonwood. 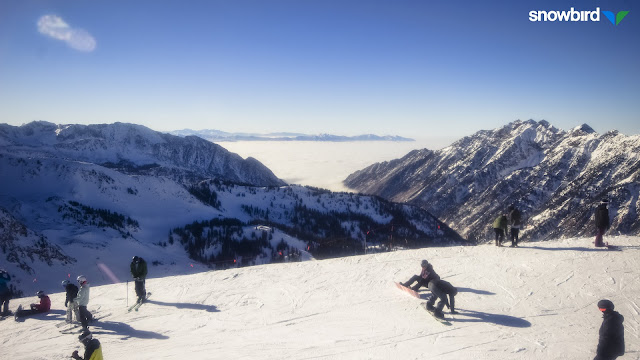 I suspect the development of down valley flow tonight will cause a flushing of clean air into the lower canyons, which will be followed by a push of dirty air and stratus up the lower canyons tomorrow, as occurred today.
By Jim S Posted at 1/12/2019 03:29:00 PM