Is the Snowpack Glass Half Empty or Half Full?

Pretty interesting snowpack numbers across the western U.S. so far this season. Most basins currently sit near or below median snowpack water equivalent for this time of year, although there are a few draped across the central mountain west that are at or above average. 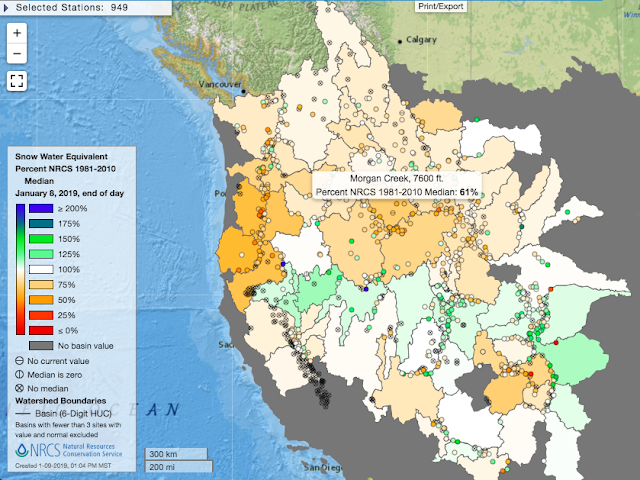 Stations in the southern, central, and northern Wasatch sit at 83% (Cascade Mountain) to 130% (Hardscrabble) of median. 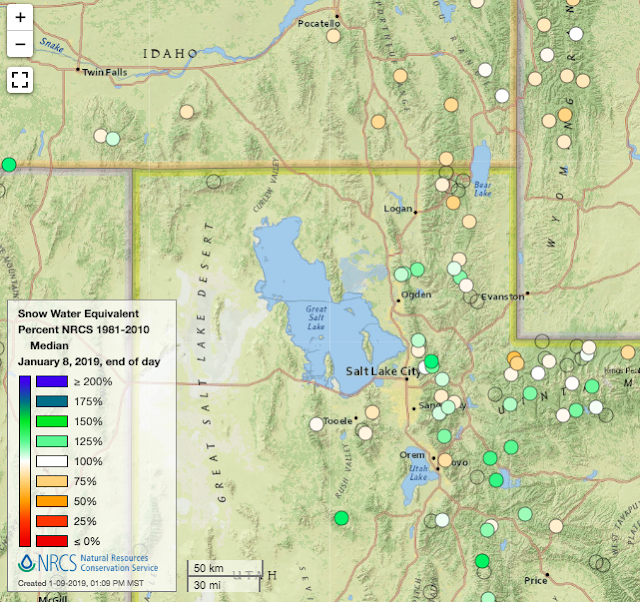 I prefer to use median rather than average for these comparisons since it lies at the midpoint of the historical record.  A small number of big snow years tend to yield an average that is higher than median.

Data from snowbird shows we have been pretty close to median for most of the cool season.

That's a nice start, especially compared to recent winters, but we still have a long ways to go.  Nobody really knows how the rest of the season is going to go in northern Utah (at least nobody who can claim to be able to produce a reliable forecast).  The Climate Prediction Center gives us "equal chances" for precipitation over the next month, which basically means we have equal chances for below, near, or above average precipitation. 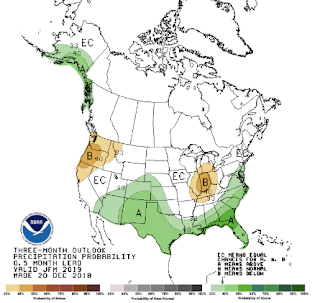